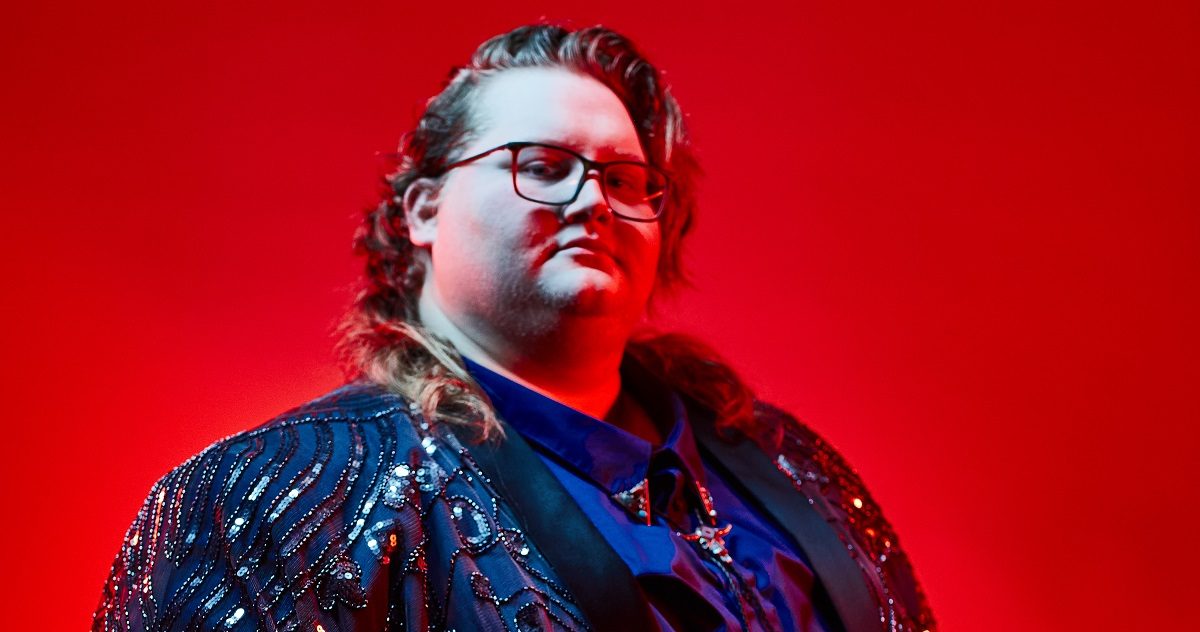 For the last couple of years, Joshua Ray Walker has been living out the lyrics to a down-in-the-dumps country song. The Texas-born singer-songwriter lost his father, couldn’t work due to COVID, and was displaced from his home during much of that time, after a burst pipe led to a waterfall of misfortune.

But music has always been Walker’s saving grace, and with his new album, See You Next Time, he puts one in the win column. Marking the end of a country music opus that includes three imaginative albums, fully conceived and expertly executed, the set puts the finishing touches on a true honky-tonk opera. Walker’s debut album introduced a fictional bar set in his native South Dallas — full of quirky, charismatic characters and wild adventures — and after the second built on their stories, See You Next Time finds them saying goodbye as the bar closes down for good.

All delivered with a mix of shuffling, authentic trad-country style, soul-inspired horn blasts and Walker’s sympathetic vocal, often cracking at the moment of peak emotional intrigue, that’s a bittersweet thematic arc, to be sure — and one that has been mirrored in his personal life. But after making such a grand vision a reality, and earning the admiration that came with it, Walker’s optimistic about the future.

He spoke with BGS about where the idea for this trilogy came from, what kind of mark his fictional honky-tonk left on him and what it feels like to say goodbye.

BGS: How are you feeling right now? It’s been a difficult stretch for you personally, but you’re back on the road now and this album is something special.

Joshua Ray Walker: As far as my career goes, I feel great. I wanted to make these records for a long time. I had 10 years to think about it and put a plan together. I put out three records in three years, which was my goal, and this last one puts an end to this trilogy that I had in mind.

Ten years is a long time to dream of something. Where did the idea for the trilogy come from?

I guess it started because I found a pen in my grandfather’s drawer — it said, “I rode the bull at Bronco Billy’s.” I had been writing songs for a few years and it just sparked this idea, like what that place would have been like. Who would have been there? I started writing songs about those characters, and over the years my plan got grander and grander, and it turned into this trilogy. I had the artwork and the names all picked out before we ever started cutting the first record.

Did you ever actually go to that bar?

No, that bar closed when I was a baby, but it was a real place in South Dallas that my grandfather went to, I guess. His name was Billy, so I assume he picked up the pen because it had his name on it, and that was really it. It just spiraled out of control and I kept writing songs about these characters. I had dreamed this whole world in my head.

Where did the characters come from? Did you know people like this?

Yeah, I definitely hung out with people just like the characters. I grew up in a part of Dallas that’s pretty nice now, but when I was a kid it was pretty rough, and I grew up around bars and barflies because of the work my parents did. I just like to get to know people, I really like meeting new people, so whenever I go to a dive bar, I end up striking up a conversation with strangers, and all those stories make their way into the albums.

Over these albums, have you developed a favorite character?

Yeah, a lot of them are pretty sad or dark characters, but there’s one in particular I really find funny. It’s the character for “Cupboard” on the second record, who is also the character for “Welfare Chet” on the new record. It’s a song about that guy you run into at the bar and for the first five minutes of the conversation he’s funny and wacky and entertaining, and then 30 minutes in, you’re talking about Q-Anon or whatever. There’s a line in the song about talking with a mouthful of food, but they don’t serve food here, and I just feel like that’s happened to me so many times. Like I’m talking to some guy at the bar who won’t leave me alone and he’s got like a hot dog or something, and they don’t even have hot dogs here, like “Where did you get that?” So that’s one of my favorites. It’s a lighthearted character, but I feel like we’ve all dealt with that guy at some point.

Since you started describing this bar and these people, has your view of the story changed at all? Have you ended up with a different perspective over the years?

I don’t know, that’s an interesting question. I think I was trying to paint a picture that I had in my head, so in a lot of ways it hasn’t changed much, but there’s always a kind of story arc there. Even in the titles — Wish You Were Here, Glad You Made It, See You Next Time — it’s like this coming of age and then dying out. On this last album they’re saying goodbye to the honky-tonk because it’s closing, and I don’t know if the story has changed or the place has changed, but the way that it fits into my personal life has changed. It’s taken on real meaning, by accident, because my personal life has kind of followed this story arc.

Like, I wrote “Canyon” for the first record — that was a story for my dad about our relationship, and I wrote it right after he was diagnosed with cancer. And then four years later I was about to go into the studio to record the third record, and he passed away, so I wrote “Flash Paper.” So I’m coming to terms with loss and then on the last song, actually saying goodbye. That’s what the whole trilogy is about, and it ended up being mirrored by my personal life, just by chance.

So with “Flash Paper,” you were sort of processing everything through the song?

Yeah, that’s typically how I write songs. I mean, the first song I ever wrote is called “Fondly.” It’s on my first record, and my granddad had just passed. As I was leaving the hospital, I wrote that song in the parking lot and it all came out at once, so I think when I’m overwhelmed or whatever, I turn to songwriting. Some of the more emotional songs that come out all at once, like “Canyon” or “Flash Paper,” and “Fondly,” there’s not a lot of clever end-rhymes. It’s just straight forward whatever I was feeling at the moment.

You finish up with “See You Next Time.” You’ve said this project was about saying goodbye to the bar. What about you? Are you a little sad to close this chapter?

No, I wouldn’t say I’m sad. I’m excited to see what I write after this.

Do you have any idea what that might be? This project was so big that I bet it took a lot of creative energy.

I’ve written a lot of songs that haven’t ended up on these three records, so I still have a decent amount of that catalog to put out, and I’m writing all the time, so there’s always new stuff. It will still be country, I assume. I mean, these three records have a honky-tonk vibe because they’re set in a honky-tonk, but I have other aspects of music that I like as well. I think I’ve found a sound that represents what I like as a writer, so I don’t know if the sound will change too much, but the subject matter can be about anything. Now that the world is starting to open back up again, I feel like I need to go to do some living, so I have some experiences to write about. That’s the biggest thing, because most of my songs come from going and exploring places that most people don’t always find interesting. I need to go do some of that so I have some more material.