The Show On The Road – Amy Helm 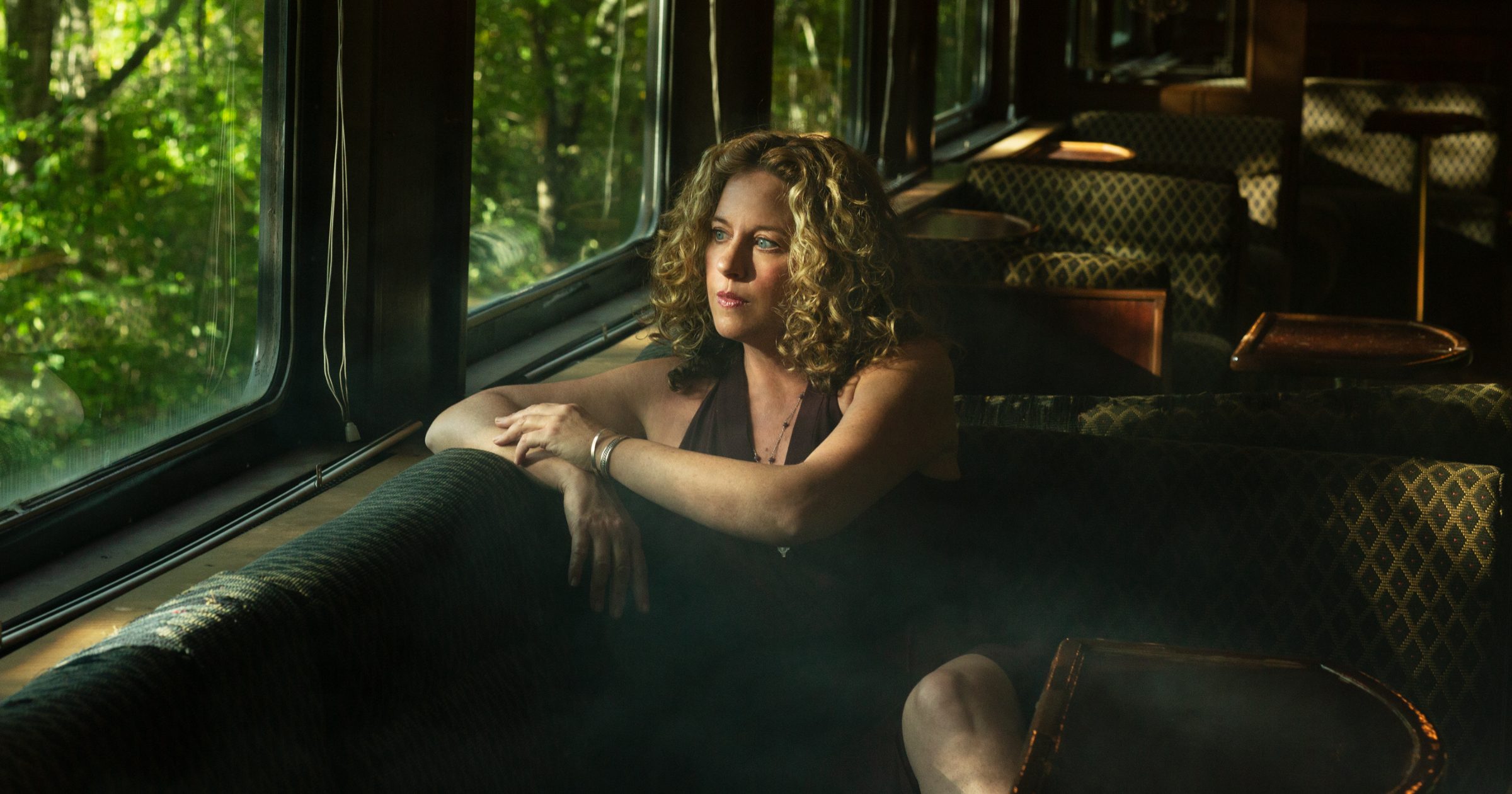 This week, The Show On The Road places a call into Woodstock, NY, where we speak to a respected singer, songwriter, and sometimes drummer Amy Helm, beloved daughter of Levon Helm of The Band.

Growing up in the home of two working performers (her mother is singer Libby Titus, who wrote songs covered by Bonnie Raitt and Linda Ronstadt) wasn’t always the easiest for the introspective Helm, but it gave her a fertile proving ground to begin exploring creating her own soaring songs in the folk, blues, and soul traditions. She waited until she was forty-four to release her acclaimed first solo record, Didn’t It Rain, with her father lending his signature earthy drums on several tracks — and this year, she teamed up with multi-instrumentalist and producer Josh Kaufman (Taylor Swift, Bonny Light Horseman) to create What The Flood Leaves Behind, her most emotive and lushly-realized project yet.

With her dogs often joining the conversation from her upstate home, Helm dives into her early years trying her hand at singing in New York City cafes, having folks walk out of her folk fest shows because her band was too loud, founding the band Ollabelle, joining her stepdad Donald Fagen’s group Steely Dan onstage, backing up legends like Stax soul artist William Bell and finally reconnecting with her dad in her mid-thirties as he began his late life renaissance, hosting his epic Americana throwdowns called “The Midnight Rambles.” It was being a member of that crack “ramble band” that gave Amy the final push to pursue her own lead voice.

While Levon famously struggled with heroine addiction and the foibles of post-Bob Dylan and The Band fame fallout, it was when he got clean and took Amy under his wing that both of their stars began to rise again. You can hear Amy singing on his gorgeous return in 2017’s Dirt Farmer. Becoming more ambitious, Amy laid down her upbeat rock-n-soul-tinged second album with producer Joe Henry in LA with notable players like Doyle Bramhall II, Tyler Chester, and a vocal choir of Allison Russell and JT Nero (Birds of Chicago) and Adam Minkoff. This Too Shall Light was released in 2018 on Yep Roc Records and Amy began to be recognized as one of the most powerful singers touring the Americana circuit. Her newest record was recorded at her spiritual home, Levon Helm Studios, where each ramble still takes place on the weekends.

During the pandemic, Helm had a unique idea to keep her creative muscles strong, even when live music gatherings were not technically allowed in public. She began setting up “curbside concerts” for her friends and any curious fans who missed her songs, touring around Woodstock with her guitar, bringing a little joy to her shut-in listeners during New York’s darkest hours.

Stick around to the end of the episode to hear Helm introduce the spiritual opening track of What The Flood Leaves Behind, “Verse 23.”

The Show on the Road – Silvana Estrada

The Show on the RoadSep 2