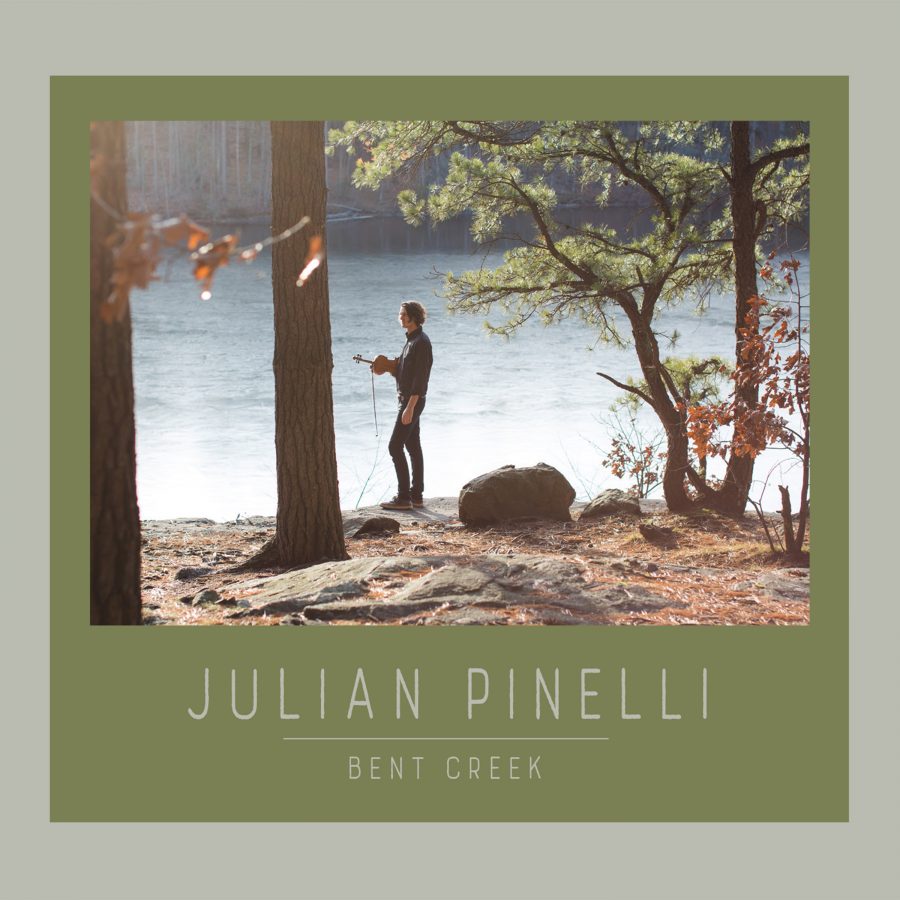 There’s an almost intangible subversion to fiddler Julian Pinelli’s debut album, Bent Creek, and an original tune included therein, “Simple Mountains.” The track begins with fiddle and banjo, but not in their age-old, familiar capacities. There’s a lyrical, pop-like sensibility to their duetted intro, painting a dreamy soundscape, a background for what’s to follow. The tightly-knit, free-flowing, jaunty tune calls back to the Appalachian Mountains from which Pinelli hails, but with the modern, neat, and tidy crispness of the string band scene of Boston, where he attended Berklee College of Music.

Though Pinelli and his band, Matthew Davis (banjo), Tristan Scroggins (mandolin), Sam Leslie (guitar), and Dan Klingsberg (bass), were well acquainted before the project, they were assembled expressly for these recordings, under the direction of the ever ethereal roots/folk savant Aoife O’Donovan. The group, especially on “Simple Mountains,” sounds impossibly in step with one another, tight and ever-listening. Their musicality and the authentic purity of the instruments — you’ll hear unexpected G-runs, an unyielding mando chop, and stunning double-stops — coupled with their impressive commitment to innovative, untrod musical ground elevates the entire set of songs above simple “vanity album” status. This is not a gratuitous, self-serving shredfest. It’s a surprisingly mature, impressively realized record that not only showcases exactly how the future of bluegrass-based, new acoustic-tinged music will play out, it shines a spotlight on a few of the exact pickers who will make that future happen. Hopefully not without a lightly subversive touch here and there.