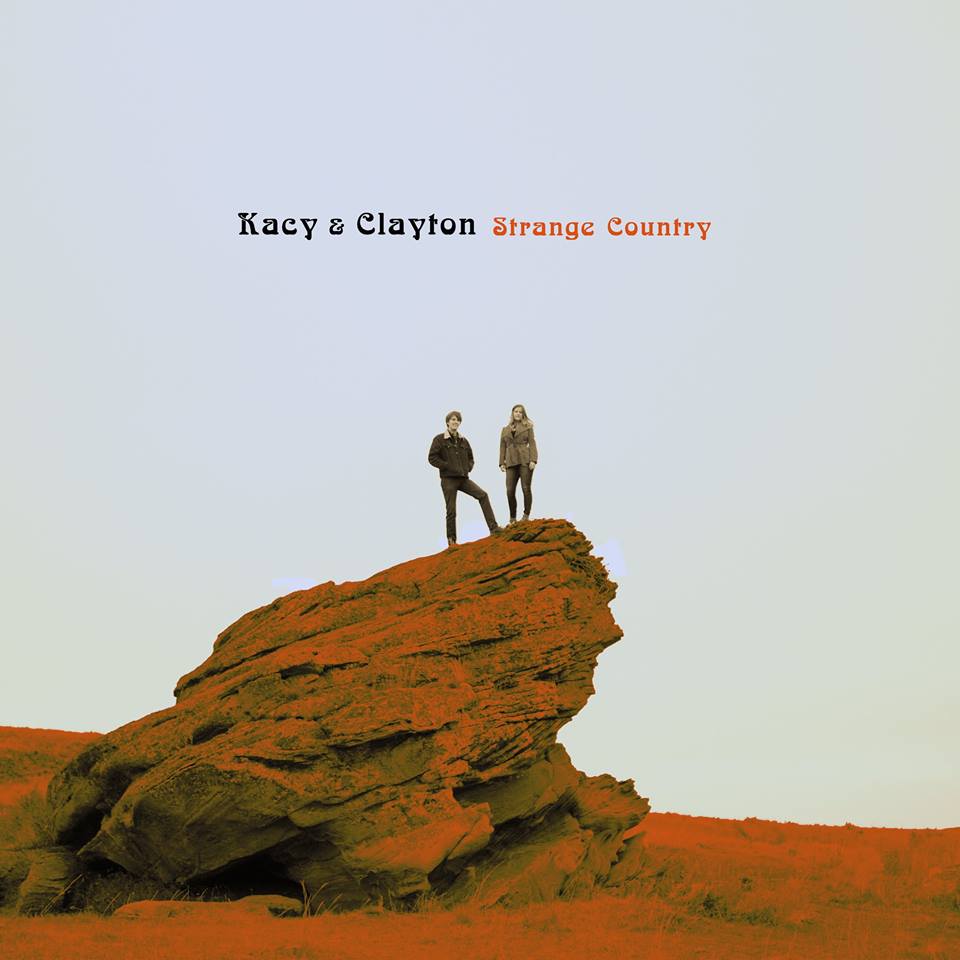 There's something happening north of the border these days. From Corb Lund's dreary Albertan cowboy to the serene melodies of Toronto's Doug Paisley, Canadians are currently pumping out some of our strongest, most mood-evocative roots music — which is rather humorous, being that the genre we're really talking about here is "Americana." Turns out, you don't have to be American at all to have a master grasp on the folk tradition. Actually, if you look at Lund, Paisley, Lindi Ortega, Whitehorse, Daniel Romano, and now, Kacy & Clayton, it's almost better if you're not.

A duo of second cousins from a remote region in Saskatchewan, Kacy Anderson and Clayton Linthicum grew up five hours away from the nearest record store — but that didn't stop them from becoming students of the great blues and country storytellers like the Carter Family and Lead Belly, even if it required prying copies from their neighbors or enduring numerous long drives. Strange Country, their first release for New West, is a set of murder ballads, eerie exploits, and haunting snippets in time, driven by Kacy's high, pristine quiver and Clayton's fast and fertile plucks which render the need for bigger orchestration utterly useless. Like Simon & Garfunkel's "Sounds of Silence," their folk songs always hover on the line of beauty and unease, a lullaby to the dawn of one day but a precursor to an uncertain future lingering right on the horizon.

One of their most compelling tracks is "Brunswick Stew," a jauntier version of their melodic palate, which is not the least bit jaunty in subject matter: It's about a girl who hid her pregnancy from her parents and dumps the resulting newborn in the river. Cautionary tales of small-town scandal have made a bit of a comeback lately, thanks to the likes of Kacey Musgraves or Brandy Clark's brilliant "Big Day in a Small Town" (a song which, coincidentally, also tells of a growing belly that turned out not to be a bunch of donuts, but a baby). Many new interpreters of folk get caught up in the urge to confess — the intimacy of voice and guitar bends well to that, and it's a tempting place to land. But Kacy & Clayton aren’t interested in making a musical diary; they prefer to dig deep into their imaginations, not their memories, for material. The result is Americana magic, regardless of their passport.