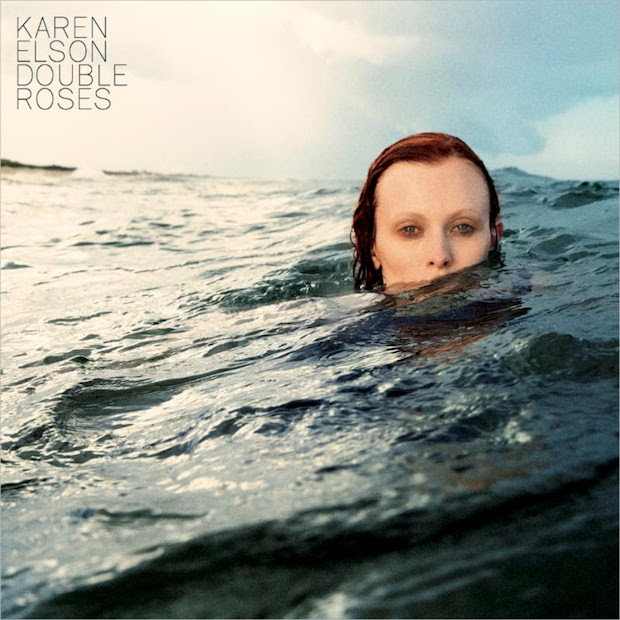 There is a story behind the making of Karen Elson’s The Ghost Who Walks that she has spoken about often. And that’s how, while writing the songs and working out the melodies on her guitar, she hid away in her bedroom closet so her family wouldn’t hear her. It’s a stunning revelation from someone who — as a model, as well as an artist — spends much of her time in front of the camera, making a living from being comfortable in her own skin … or at least making us believe that she is. For whatever reason, that story struck me immediately, before I’d even had time to digest the sheer beauty that was encased in her debut album, a perfect amalgam between the folk music of her British upbringing, the modern roots found in her new home of Nashville, and the grit of New York City, whose streets she has traipsed many times before. It resonated, because what woman amongst us hasn’t felt the need to shield ourselves from sharing something so vital, for fear of being judged — judged for being too loud, too pretty, too quiet, too aggressive, too ugly, too powerful? For wanting something too much? Or, perhaps, judged just by those closest to us? Even our aspiring female presidents are not immune.

It’s been seven years since Elson took that leap and let The Ghost Who Walks go from her closet floor to iTunes, and now she’s no longer a musician in secret: Double Roses, produced by Jonathan Wilson, will be released April 7 with help from the likes of Pat Carney, Benmont Tench, Laura Marling, and Father John Misty. Elson just released her first single, “Distant Shore,” and the way it’s been received is enough to force anyone back into seclusion: And that’s how many have made more of a story out of some supposed feud between Carney and her ex-husband Jack White, as if the work of a woman, who happens to be beautiful, couldn’t simply exist as anything but part of some vendetta orchestrated to address the men around her. Newsflash: It’s not. With gentle strings, lush keys from Tench, and her crystalline vocals (alongside backing from Marling), it carries with it the sweetness of Cat Stevens and the emotive touch of an acoustic Mazzy Star. “I am alone, I am free,” she sings. Sometimes freedom does come in solitude. But Elson shows us how it’s so much more freeing to open the door, and stop hiding.