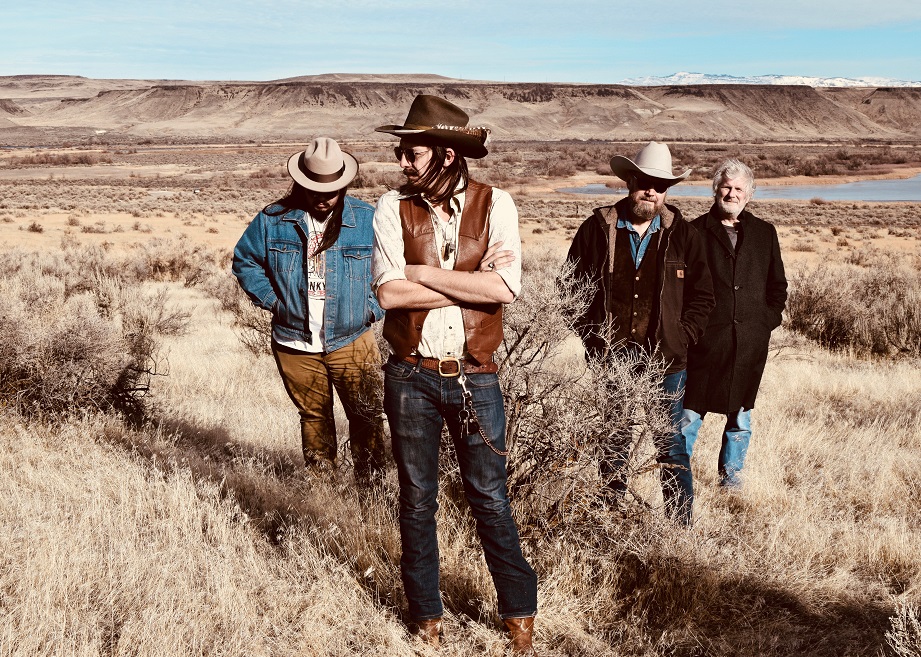 It’s so hard to choose just one, I’ve been inspired by so many great songwriters. My first major influence as a kid was Hank Williams Sr. I was introduced to his music through my grandparents record collection and it was a sound I had never heard before. My first songs were heavily infused with his tone. Over the years I’ve drifted from that, but it still serves as an important first step down the songwriting rabbit hole. John Prine was my next big influence and his music has continued to inspire me to this day. I find myself re-listening to his records and finding nuances in his writing that I never noticed before and that to me is the mark of a truly great songwriter.

I grew up watching a lot of old Western movies with my grandpa, which played a big role in my writing of the track “The Ballad of Black Jack Ketchum” on the new album. The imagery from the films painted the picture for the backdrop of this song. I also pulled inspiration from the language and storytelling style of Louis L’Amour from his classic series of Western novels.

Honestly though, my biggest inspirations come from other musicians. I love listening to all kinds of different music, new and old, to pull ideas from. I feel like the best way to continue being inspired is to listen to more music.

From an early age, I just remember that whenever I was listening to music I had a strong desire to want to play along and learn the songs. My mom played guitar and sang to me a lot when I was kid, she had always wanted to be a musician, but never pursued it. I found one of my mom’s rusty electric guitars in my house and started to try to teach myself to play, which eventually led to my parents getting me my first acoustic guitar. I pretty much knew right then that this is what I wanted to do and I never really turned back. I was really lucky that my mom was always very supportive of my dream and never tried to talk me out of it.

Probably the toughest song I have ever written is actually on our new album. “Storyteller” was written back in 2012 when my grandpa passed away, he was a huge part of my life and we lost him at a pretty early age to illness. I wrote the song to help cope with the loss, but couldn’t completely finish it for over five years after his death. Sometimes I feel like that song and the time it took to write it are a literal representation of the time it took me to grieve.

For years I had a goal to play The Braun Brother’s Reunion Festival. If you’re not familiar with it, it is an annual Americana music festival in Challis, Idaho, with some of Red Dirt/Americana’s best bands. It’s hosted by the Braun family (Cody and Willy of Reckless Kelly, and Micky and Gary of Micky & the Motorcars). They are Idaho natives who took their music to Texas and have thrived in that scene for many years. I went to the BBR for the first time back when I was 18 years old. It was the first time I had seen that much of the music I loved in one place and from that point on, it was my goal to play it someday.

In 2017, a good friend of mine, Jeff Crosby was playing the festival and he reached out and asked if I wanted to come play a Tom Petty song with him during his set. Of course I said yes! He got me up in front of that crowd and on that stage for the first time. He introduced me to the crowd and told them that we were his favorite Idaho band, which meant a lot. It took us a couple years after that, but this year, 2019, the band and I are on the bill for the festival and we can’t wait!