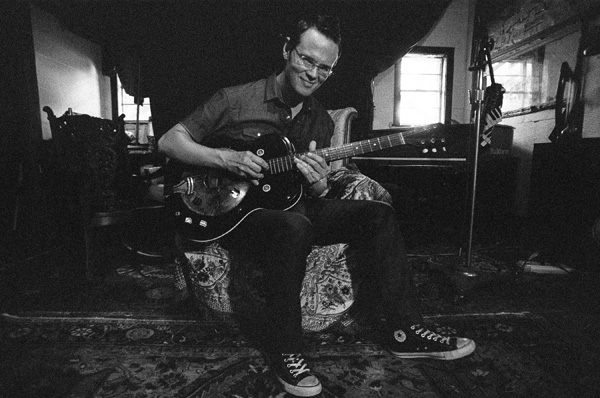 In Their Words: "Otha [Turner] and I would spend evenings on his porch, playing hill country riffs on guitars, drinking moonshine, and shooting the breeze. Otha would berate us for playing without feeling, but would reward spirited playing by singing along improvising his corn field blues. Only his corn liquor got the neighborhood as excited as Otha busting into song, throwing his hat down, jumping up, and dancing.

Otha passed at age 94, after which I transcribed a few recordings of these nights. 'Hurry Up Sunrise' is a collection of his improvised couplets. My father recognized the song as a duet, and it was a pleasure to record the song with Otha's granddaughter Shardé [Thomas]." — Luther Dickinson