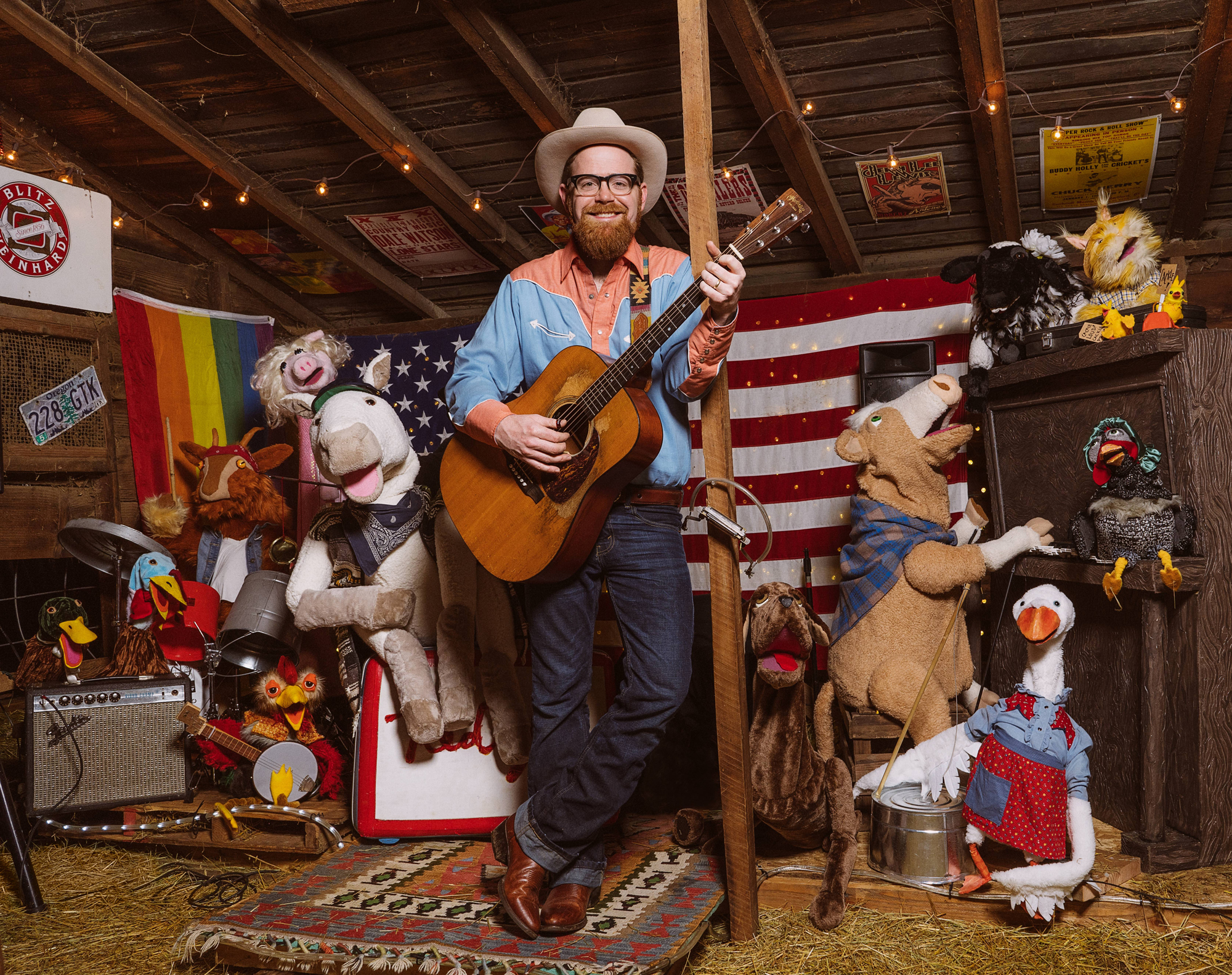 In Their Words: “I can’t remember which Seeger’s version of ‘Old Hen Cackled’ I heard first, Pete’s or Mike & Peggy’s take on Ruth Crawford’s. Either way, I had been tinkering with this old folk song for a few years and had come up with the main riff and the chord progression for the bridge, but I was searching for something innovative to do with the lyrics.

In August 2017, right after the racist rallies in Charlottesville and the president’s tepid response, I found my inspiration: The old hen needed to be a progressive activist. I modeled her after my mom, my mother-in-law, and other feminist boomers who’ve been fighting the good fight since the 1960s. Folk songs have always been an essential part of protest movements, and I thought an old hen cackling all the way from the farm to the White House would be an accessible image for the budding young activists in my audience. Once I had the concept, the lyrics pretty much wrote themselves.” — Andy Furgeson