LISTEN: Rosanne Cash and others with the Cincinnati Pops Orchestra, ‘Camptown Races’ 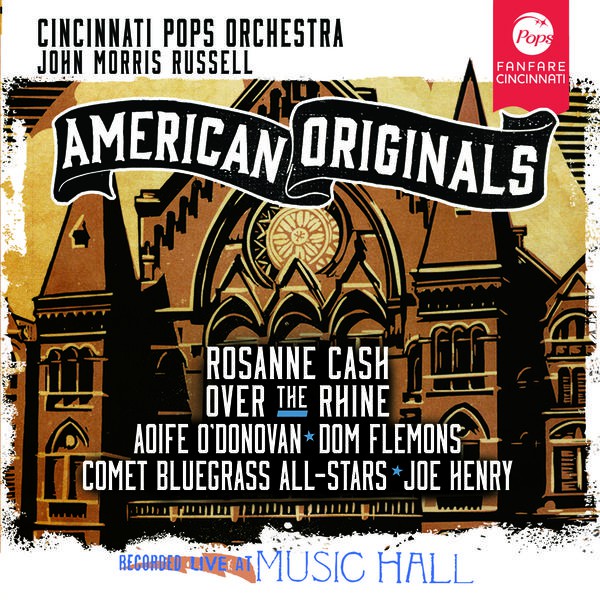 What do you get when you combine Rosanne Cash, Joe Henry, Dom Flemons, Aoife O'Donovan, Over the Rhine, the Comet Bluegrass All-Stars, and the Cincinnati Pops Orchestra with the songs Stephen Foster? A performance — and now an album — that celebrates the earliest days of the Great American Songbook in a whole new way. Conducted by John Morris Russell, the Pops and guests worked through 17 of Foster's compositions — including "O! Susannah," "Amazing Grace," "My Old Kentucky Home," and "Camptown Races" — over the course of two nights at Cincinnati's historic Music Hall. The recordings have now been gathered up as the American Originals LP.

In Their Words: “These live performances with the Cincinnati Pops were, in a way, terrifying. With a rock band, if you miss your cue, the band will just hang out and vamp and wait for you. With an orchestra … not so much. If you miss your cue, you better find a way to get back inside the arrangement or the ship will sail without you. However, it's nice to know I still have the ability to be terrified after 35 years of doing this. As my daughter Chelsea told me, 'Mom, if you're nervous, it means you still care about what you do.' I still care. This finale (in the concerts, as well as on the album) was a culmination of all the nerves, all the adrenaline, and all the energy in that room. When I hit the stage with my dear friends and fellow musicians, the nerves flew away and all 100+ of us on stage just let loose. See you on the ship.” — Rosanne Cash

“The music that [Stephen Foster] heard in Cincinnati, he transposed and created the music of America. And it changed us and brought us together as a nation. And it continues to bring us together — sharing sorrows, joys, hopes, and merriment. He captured both the pathos and tragedy, but also the grandeur, the celebration, and the spirit of America in all of his songs. And there’s one song, in particular, that captures the great merriment that we all feel here. Made famous by Foghorn Leghorn, here is ‘Camptown Races.’” — John Morris Russell, conductor