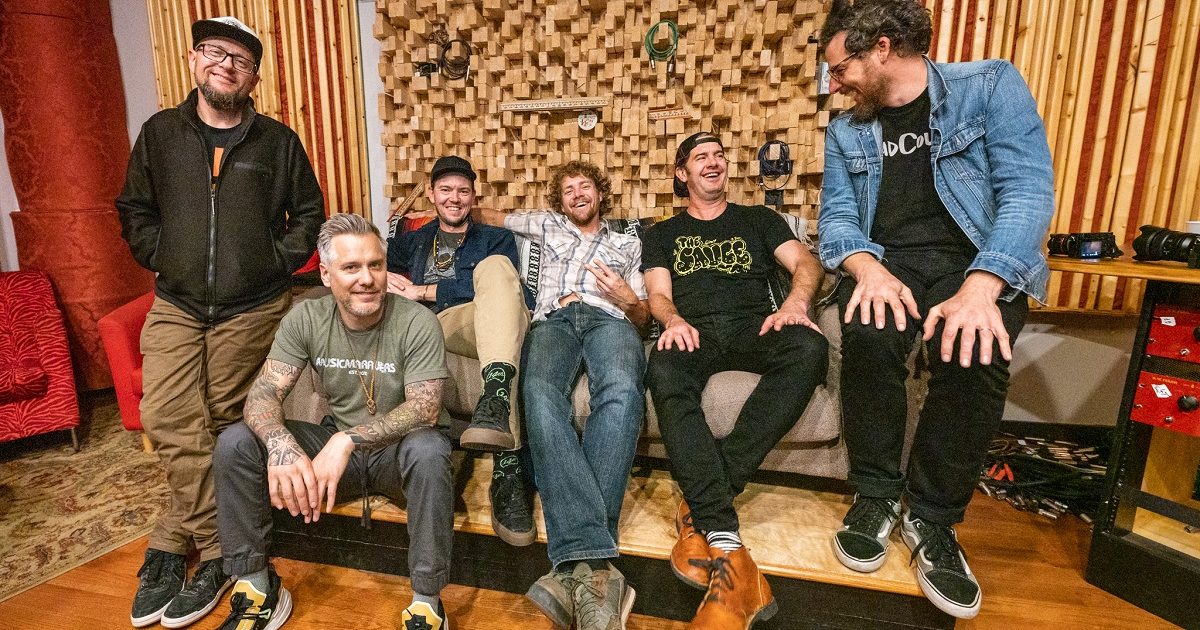 In Their Words: “I met G. Love a few years ago at my favorite local venue here on Long Island called Grey Horse Tavern. Last fall [the band] wanted to head into the studio to record collaborations, so I reached out to G. and he was down. The Stringdusters were due in Philly for our annual Halloween show (where G. is originally from) and coincidentally he was going to be in town at the same time. We booked some time at Rittenhouse Soundworks which has a very cool old warehouse-looking live room, and tracked a bluegrass version of G. Love’s hit ‘Cold Beverage.’ We did it live (aside from a few background vocals) and had such a blast hanging and making music with G., who is such a seasoned pro. It was really a special day in Philadelphia. We hope the fun we were having in the studio comes through in the track, enjoy!” — Andy Falco, The Infamous Stringdusters

“Andy Falco and I met and jammed at the Grey Horse Tavern a couple years back with Ron Artis during my BeachSide Blues tour. We’ve kept in touch since then and when Andy suggested a collaboration with the Stringdusters I was over the moon. I was thinking either let’s cook something up from scratch or do a bona fide hit down-home style. We decided to rock the Special Sauce hit ‘Cold Beverage’ which has become one heck of a great drinking song over the years. I went down to Philly the day before Halloween as everybody was off before the Stringdusters’ Halloween show at the TLA [Theatre of Living Arts in Philadelphia] so we had some studio time in Germantown (where I went to high school). We circled up and ran the song acoustic until we had a killer arrangement. We cut it live and nailed it in the first couple takes and added a few harmony vocal overdubs. The next night I sat in at the Stringdusters show and we debuted the collaboration to a full house. It was such a pleasure to get to work with these amazing musicians and I look forward to the jams to come.” — G. Love