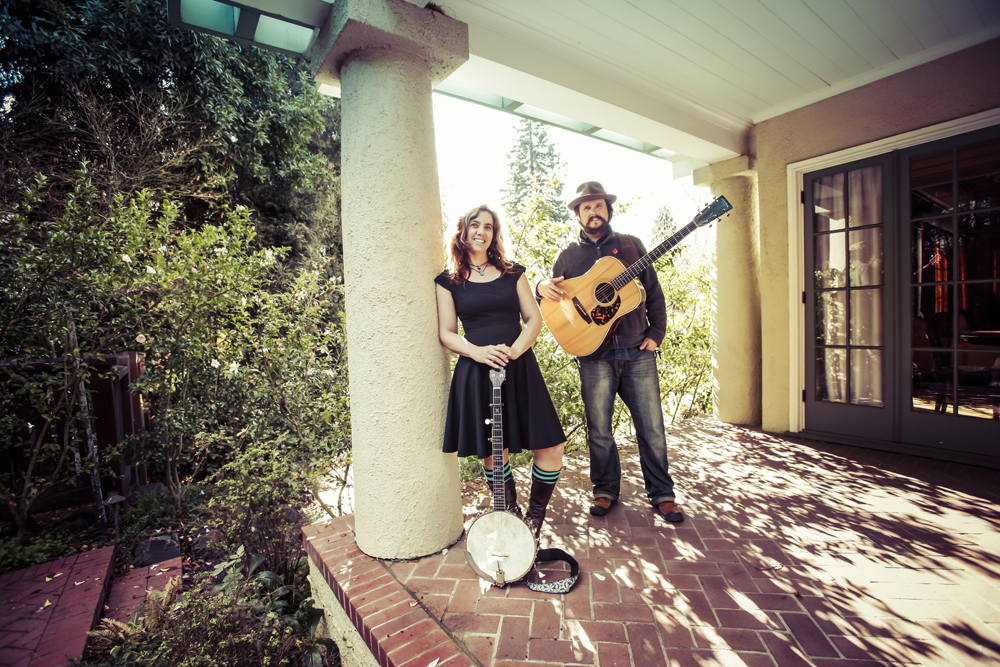 In Their Words: "Here's an alternate take on our song 'Holding On.' The funny thing is that it's actually the original version of the song. I co-wrote it with a wonderful Alberta-based writer named Karla Anderson, and it was just banjo and voice. As JD and I were getting ready to record our debut album, we brought the song to our producer (Neil Osborne) and presented it the way it had been written, adding a second vocal part (JD's harmony). Neil absorbed the song and then said, 'Cara, are you willing to go on a journey with me?'

I had worked with Neil before and I knew he was about to take the song apart and have me re-visit it. His thinking was that the banjo version didn't serve the lyrics. He reminded me that the song is actually quite sad, that there's a depth to it that he felt was being overlooked when played up tempo with the banjo. He had us slow the tempo right down, throw in minor chords, and play it on guitar. It was an interesting experience then to have to tap into what the song was really about and to re-visit it in a different 'voice,' so to speak. And I think he was right.

As a writer, I often find myself composing something and not being completely aware of what I'm writing about, and that was the case with this song. I hadn't realized how sad I actually was, how alone I felt, how disconnected I felt. I was masking the content of the lyrics behind the happiness of the banjo sound. But we've also come to love the original version of the song, and we all agree that the original still has merit, still is beautiful, and still has power." — Cara Luft

Song Premiere18 hours ago
LISTEN: The Brother Brothers, "You Can Close Your Eyes" (with Sarah Jarosz)