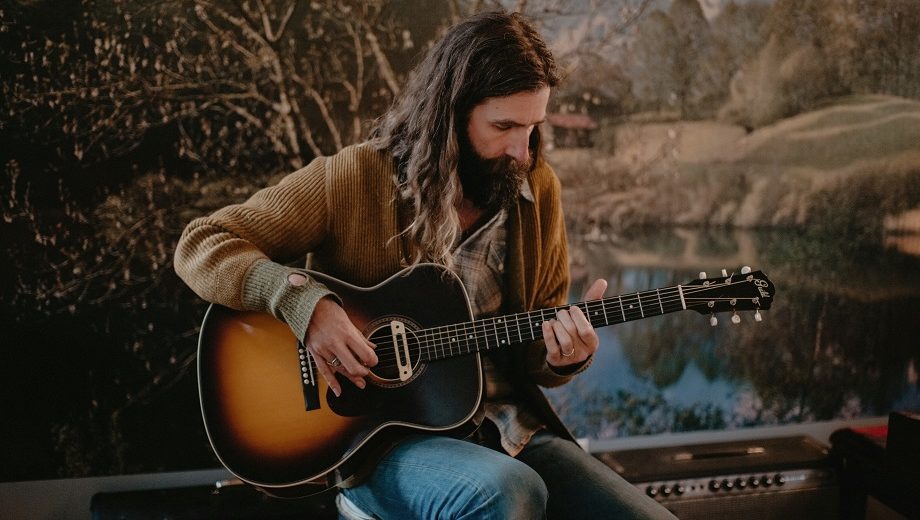 In Their Words: “A couple of years ago my band and I started messing around with some of my older and more pared-down songs and trying to bring them into a band setting. ‘Evening Kitchen’ was a song that I had written for the Band of Horses record Infinite Arms and when we did that record it stood out because it was in contrast with the rest of the album and really bare bones. A lot of that album was lushly produced and I thought having the song recorded with a single acoustic guitar and vocals would help balance things. It worked well in the sequence of that album and led to a lot of the more intimate moments in our live shows and the direction we headed in for the live Ryman acoustic album.

“This version, called ‘Evening Country,’ was a way to reimagine the song and a chance to put it into a new frame with some truly amazing musicians. It was recorded in Louisville, Kentucky, with Seth Kauffman (Floating Action), Kevin Ratterman (Lalaland Studio, My Morning Jacket, Ray Lamontagne), and I doing the basic tracking. Seth had worked with pedal steel guitarist Russ Pahl before and we were able to get him to play on it (I still jump up and down when I hear his playing!). And the goosebump-inducing harmony vocals were sung by Molly Parden and Thad Cockrell and recorded at the Fleetwood Shack in Nashville by my old friend Bill Reynolds (former Band of Horses bassist). The opportunity to revisit this song in the way that we did has given it a new energy for me as well as new meaning.

“A wild memory of this song: years ago we were playing at Bonnaroo after Infinite Arms had been released. We finished our set and climbed down off the stage and our manager came up and told us to go back up and play a couple more songs because Bruce Springsteen had come onto our side stage to watch us play just as we were walking off. We ran back up and ended up playing ‘Evening Kitchen’ last, and all I could think about the whole time was that there was Bruce Springsteen standing fifteen feet away from me and watching us play this song I’d written — don’t f*ck it up! We made it through and headed back down off the stage and there he was with that Bruce Springsteen smile and handshakes all around. Our monitor man Jon Cronin told me afterwards that he heard Bruce say ‘That’s a good song!’ That’s enough for me!” — Tyler Ramsey