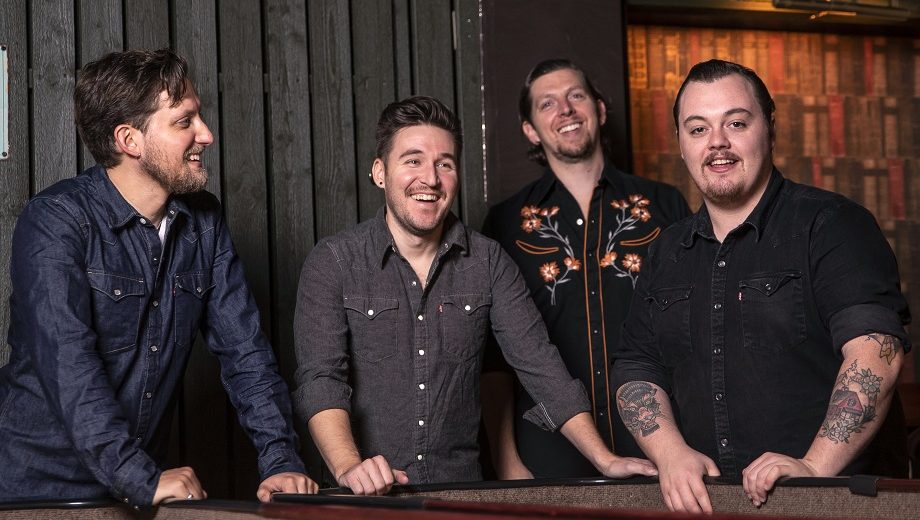 In Their Words: “‘Hackensack’ almost didn’t make it on the album, but it’s ended up being one of my favorite recordings. In the early 2000s Fountains of Wayne had a huge hit with ‘Stacy’s Mom.’ I wasn’t wild about ‘Stacy’s Mom’ but I always loved when that CD got put on because the song right after it, ‘Hackensack,’ was such an aching love song with such a catchy and pretty chorus. All while telling the story of a guy who never left his hometown, who’s waiting around for the girl of his dreams to come back home. Meanwhile she’s out pursuing her dreams and might not ever know he exists.

“‘Hackensack’ has a lot of those elements that have always drawn me to good country music, and Fountains of Wayne wrote it in a pop-rock format. Our drummer Josh Kiggans really pushed for this song to get recorded with our own approach and I’m thankful he did. We made some changes to the arrangement and put in elements like Cody’s weeping pedal steel part, the low brooding baritone guitar lines, and Paul put down a more driving bass line.

“I once even had one of Boston’s best-known songwriters come up after we played it and say, ‘That song’s gonna make you famous,’ but they walked away before I had the chance to say it was actually someone else’s song we were covering. We did our best to do it justice and draw out the emotion and honesty of the lyrics, and we hope it connects with a lot of other people the way it connected with us.” — Ward Hayden