Louisa Branscomb: The Songwriter Still Chasing Sunshine Round the Bend 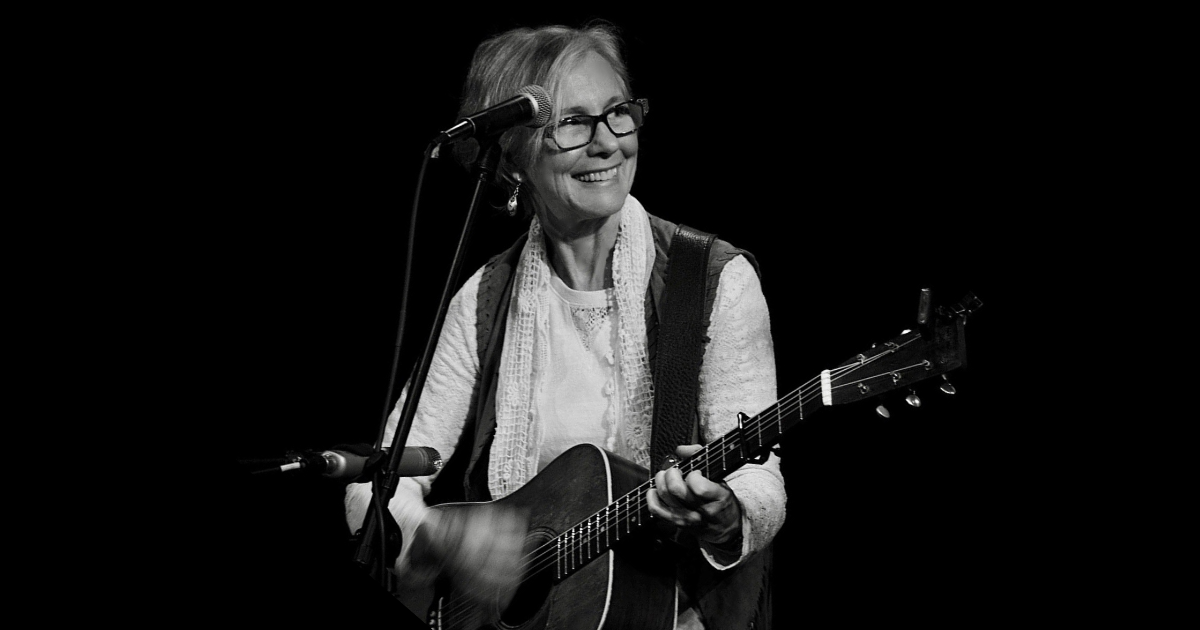 You may not recognize her voice, but you’ve heard her songs.

Louisa Branscomb wrote “Steel Rails,” the song that helped launch Alison Krauss’ career and inspired a new generation of young women to sing bluegrass. She is a talented singer and instrumentalist, with a dozen albums to her name. Yet it’s as a songwriter that she’s had the most influence, both in the industry and among individuals who benefit from her guidance and unique approach to writing.

In Louisa’s words, “The most powerful tool we have to move people, and bring people together, is music. And songwriting is where music begins. The most important skill a songwriter has is not craft or rhyme — it’s empathy, to connect deeply with one’s own soul and to connect to others. Two verses and a little soul can change lives, and when life is changed, the song keeps on going, crossing frontiers in ways we can only imagine.”

Louisa has been writing poetry and stories since she could first hold a pencil. At age 11, she won a composition contest, gaining her a stage performance with the Birmingham Symphony. By the time she finished college, she had written 400 songs and attracted the attention of country star Mel Tillis. He suggested she move to Nashville to work as a songwriter.

But, she told Bluegrass Today, she hated hairspray and couldn’t see herself fitting in with all that 1970s “big hair” in the country music world. Plus, she was “painfully shy.” So, she chose bluegrass over Nashville. In 1971, she played guitar and sang with Bluegrass Liberation, which Murphy Hicks Henry calls “the first modern all-female bluegrass band.” She was one of the earliest women to lead a mixed gender band after switching to banjo. Her band Boot Hill performed her originals, including “Blue Ridge Memories,” a hit in Japan.

Through 1980, Louisa played up to 250 gigs a year. Then a doctorate in psychology, a farm, a passion to teach and later, a daughter, kept her closer to home. She has since become one of the bluegrass industry’s principal advocates for songwriters, a valued mentor and an important contributor to the bluegrass repertoire, having received countless songwriting awards and nominations.

Louisa is as well-known as a teacher as she is for her own writing. She uses her fascination with psychology and her immense compassion to help others express their experiences in words and music. She has founded a number of teaching programs, including the Woodsong Farm Retreat for songwriters on her Georgia farm. Several programs engage elementary school students and foster children. And she has mentored more than a thousand hopeful songwriters.

“Dear Sister,” co-written with Claire Lynch, won Louisa the 2014 IBMA Song of the Year Award. Some of the biggest names in bluegrass have recorded her music. John Denver sang “Steel Rails” on his final album, earning the song’s second Grammy nomination.

A stunning selection of bluegrass musicians joined Louisa for her 2019 album, Gonna Love Anyway. Nearly 50 years after she wrote her most noted song, she recorded a new version of “Steel Rails” on the album. In a tribute to both the enduring appeal of that song and Louisa’s ongoing creativity, Gonna Love Anyway reached #1 on both the bluegrass and folk charts.