Maeve Gilchrist, “The Storm” and “The Calm” 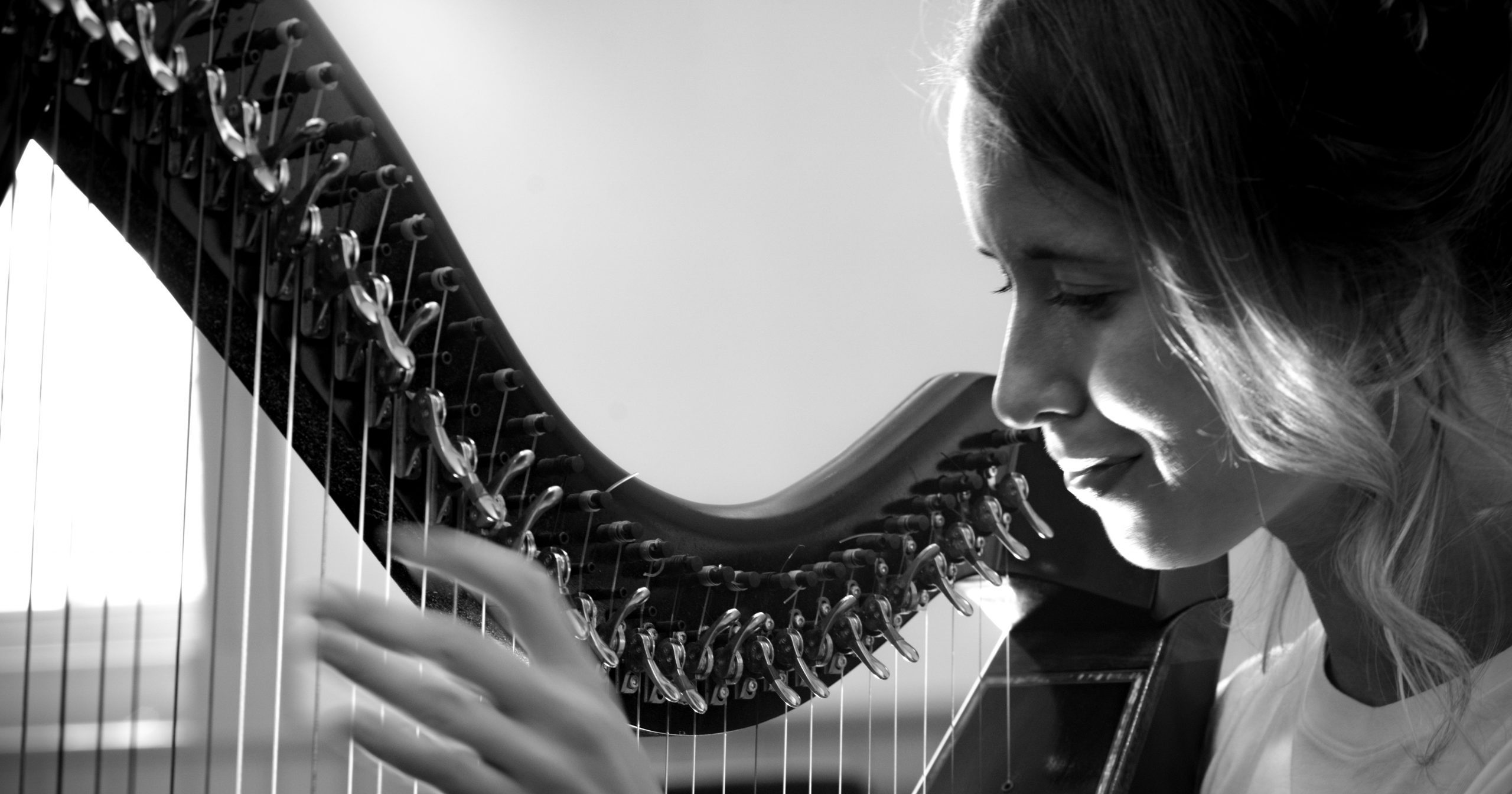 If you aren’t already aware, you should know that the harp is having something of “a moment.” Between pop- and mainstream-adjacent singer-songwriters like Joanna Newsom and Lizzie No who write on harp to traditionalist, Irish and old-time pickers like Alannah Thornburgh, there’s no shortage of non-classical entry points to this often esoteric instrument. Viral TikTok sensations @hannah_harpist and @olivia_harpist (Hannah Stater and Olivia Ter Berg, respectively), whose harp-centered “sounds” have been liked, shared, and reshared by hundreds of thousands of users, are true harp influencers, capitalizing on the growing visibility of the instrument.

Lifelong harpist, singer, composer, and virtuoso Maeve Gilchrist — whose own journey on the instrument began as a child at the feet of her two harpist aunts — knows that this global harp moment is no flash in the pan. She’s performed around the world with DuoDuo, the Silkroad Ensemble, notable instrumentalists such as Yo-Yo Ma, Darol Anger, and Esperanza Spalding, and she was even a featured soloist on the How to Train Your Dragon: The Hidden World soundtrack.

Gilchrist’s just-released album of harp compositions, The Harpweaver — named for and inspired by the eponymous work by poet Edna St. Vincent Millay — includes two compositions written for a community school of 107 young harp students in County Laois, Ireland. “The Storm” and “The Calm” were written as part of a suite entitled “White Horses,” which Gilchrist wrote for a harp orchestra of young County Laois girls ages 5 to 18. A native of Scotland and now based in Brooklyn, New York, Gilchrist teaches often in Ireland and the British Isles, building upon the instrument’s deep roots in the folk and Celtic musics of the region.

“Back in the days,” Gilchrist explains via email, “when a lot of Irish music and culture was being oppressed, the harp was outlawed because of its ability to so powerfully stir the spirit.” In teaching these young girls the harp, Gilchrist is handing down the legacy of its evocative ability to subvert these sorts of moral expectations – especially those projected upon women. “I loved the image of white horses (the waves of the sea) as a metaphor for these girls,” she continues. “So strong and elegant, wielding their harps as modern day peaceful warriors!”

On The Harpweaver, “The Calm” comes after the storm, turning the age-old cliché on its head, further subverting our expectations for an instrument and a genre aesthetic that has too long been relegated to quiet background music in elevators and office spaces. The harp is a tool for so much more, and on The Harpweaver, Gilchrist’s compositions, as well as her efforts to spread the harp to new pupils, acolytes, and fans, demonstrate this clearly, stunningly, and captivatingly.