Mark O’Connor, ‘Pickin’ In The Wind’ 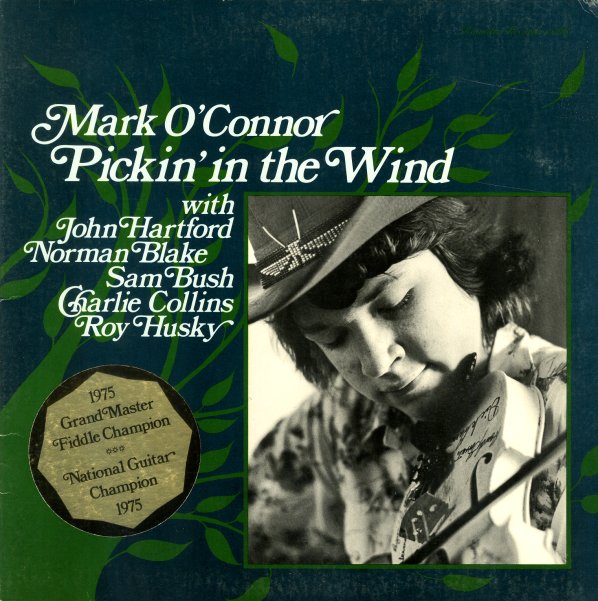 Mark O’Connor comes about as close to being a household name as any musician in bluegrass (and its adjacent genres). Because bluegrass is predicated upon instrumental skill, the origin point of O’Connor’s recognition will always be his virtuosity, his musical expertise, and his command of his instrument. He’s a true master of bluegrass fiddle and contest fiddle forms, he’s a trailblazer in fiddle-flavored classical compositions of all manners and sorts, his musical code-switching extends to jazz, gypsy jazz, and swing, and he is pervasive on recordings and sessions from his years spent in Nashville. He even has his own violin and fiddle curriculum, The O’Connor Method, which pedagogically capitalizes on and celebrates American music, rather than Western European music, as usual.

Yet, no matter the level to which he transcends any/all musical barriers or the ubiquity of his name and brand, many folks don’t know he’s a maddeningly adept guitar player as well. In his youth, as he racked up wins at fiddle contests far and wide, he was also taking home flatpicking trophies with the same bravado. On his iconic 1976 album, Pickin’ In The Wind, the title track and the first tune on the record opts not to showcase his signature fiddling, but rather his guitar picking — backed up by a band that is no less than jaw-dropping: John Hartford on banjo, Sam Bush on mandolin, Norman Blake on dobro, Roy Huskey Jr. on bass, and Charlie Collins on the rhythm guitar. The tune listens down as straight-ahead bluegrass, but with a chord progression and arrangement that never strays into the simplistic, thanks in part to O’Connor’s compositional taste and the supreme talent of his fellow musicians. It’s an O’Connor staple that doesn’t require a single bowstroke.

So, in celebration of O’Connor’s birthday (August 5), it seems appropriate that we shine a light on the guitar stylings and the unbelievable ensemble of “Pickin’ In The Wind.”