Message in a Bottle

I have been planting beets since I first started my garden in 2013. But a few young seedlings were being nibbled to the point of losing all the early leaves. Since all that was left was the stem, they didn’t survive. My guess was that birds were the culprits, but there are other possible explanations — including the dreaded cutworm, which wraps itself around the stem and squeezes until the top breaks off. I was losing too many beets to not try to do anything about it.

This Spring, after the latest attack, I resowed seeds and placed small plastic bottles over each one to see if that would protect them. I didn’t lose one plant.

I also decided to put bottles over the rainbow chard, and bigger bottles over squash and melons. Once the seedlings grew too large, the bottles were removed and the plants thinned out where necessary. 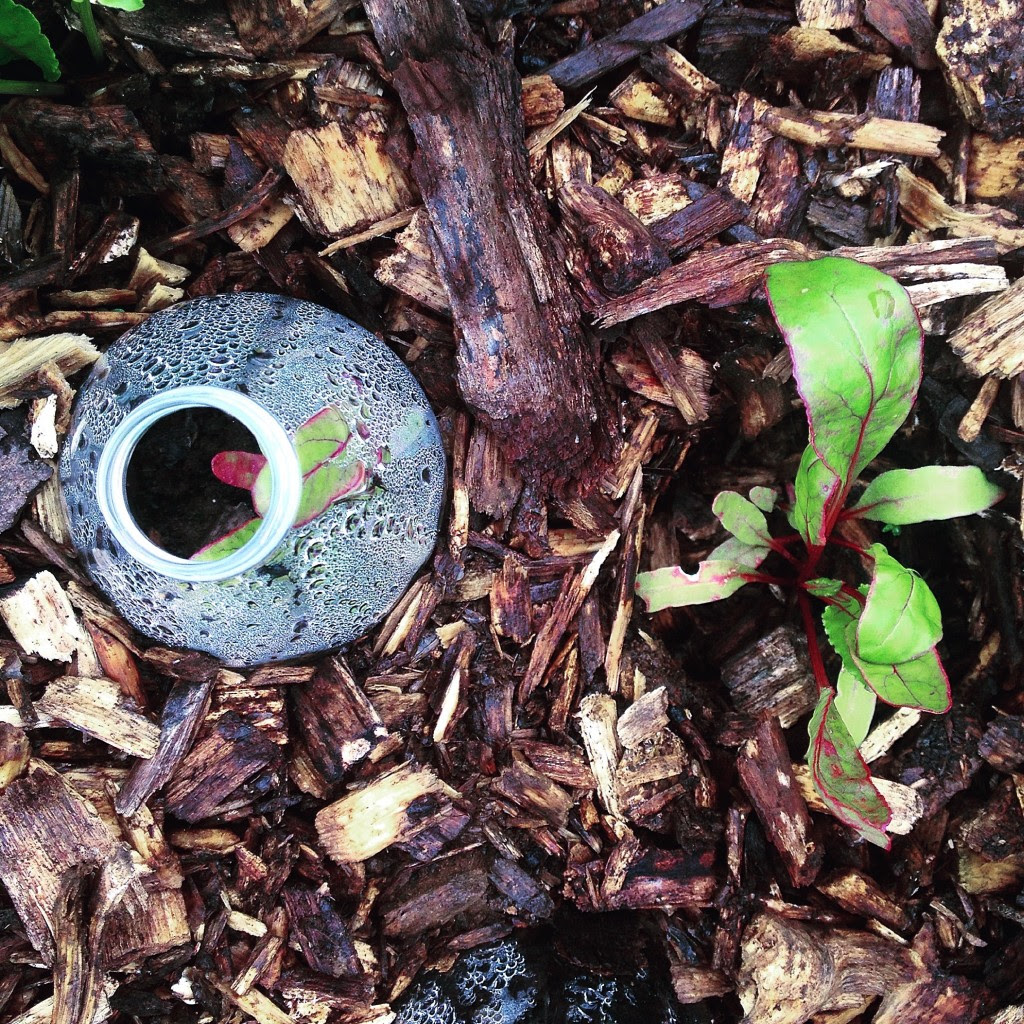 I’ve discovered there are many other advantages to using bottles. Previously, I would remove the mulch from the beet bed, sow, and then replace the mulch once the seedlings were tall enough. That meant mounds of mulch over the garden in the meantime. But when using the bottles, the mulch can go back on the bed straight away, since the bottles create a safe barrier.

They also provide each plant with its own mini greenhouse, whilst allowing ventilation through the top. (Although I haven’t tried it yet, I suppose you could also place the lid back on top, if temperatures dropped and you had bottles over plants that were susceptible to that.) Also, the condensation that gathers inside effectively keeps the soil moist, so I haven’t had to water them — with help from the Tennessee rain. 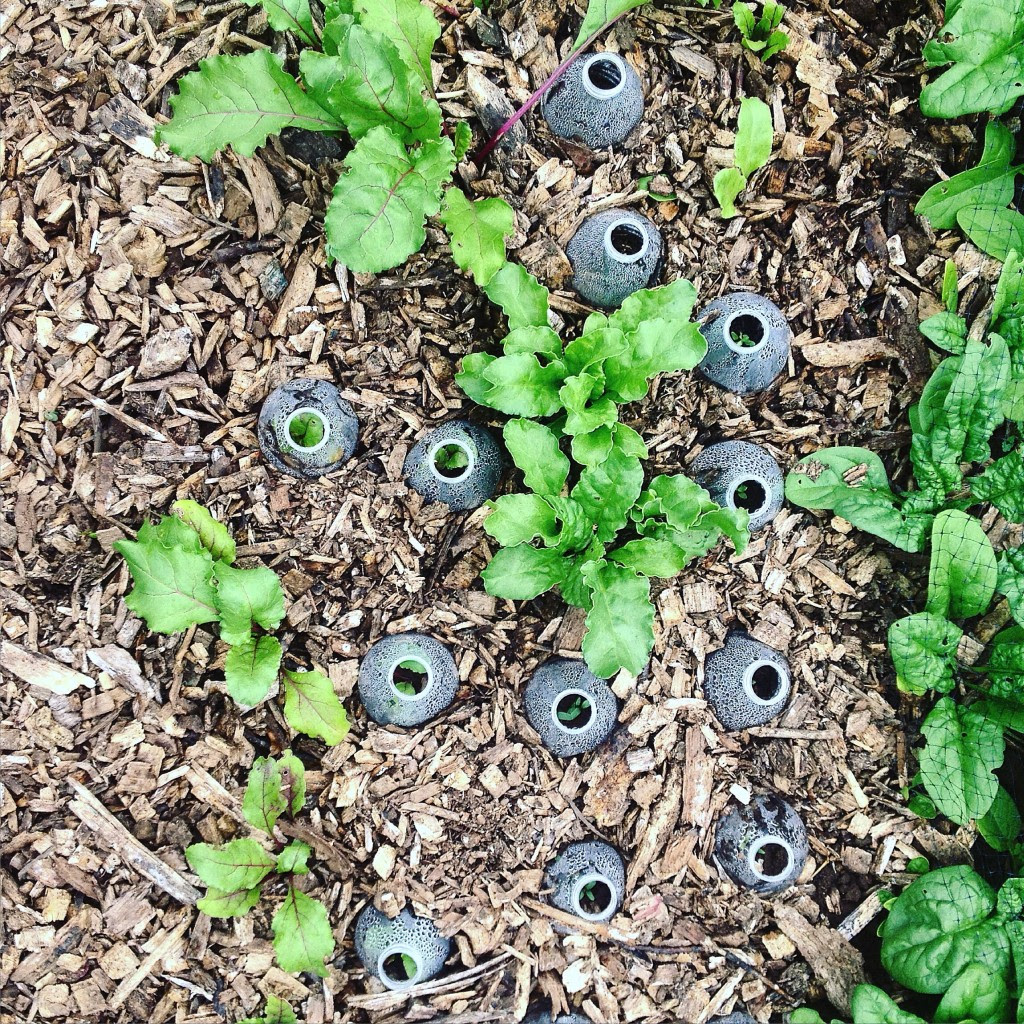 This idea isn’t new to gardening — just to me. Farmers have been using glass cloches for centuries, and although I’d much rather have glass bottles in my garden, plastic ones are a good alternative. From now on, I’m going to be planting the beet seeds like this from day one.