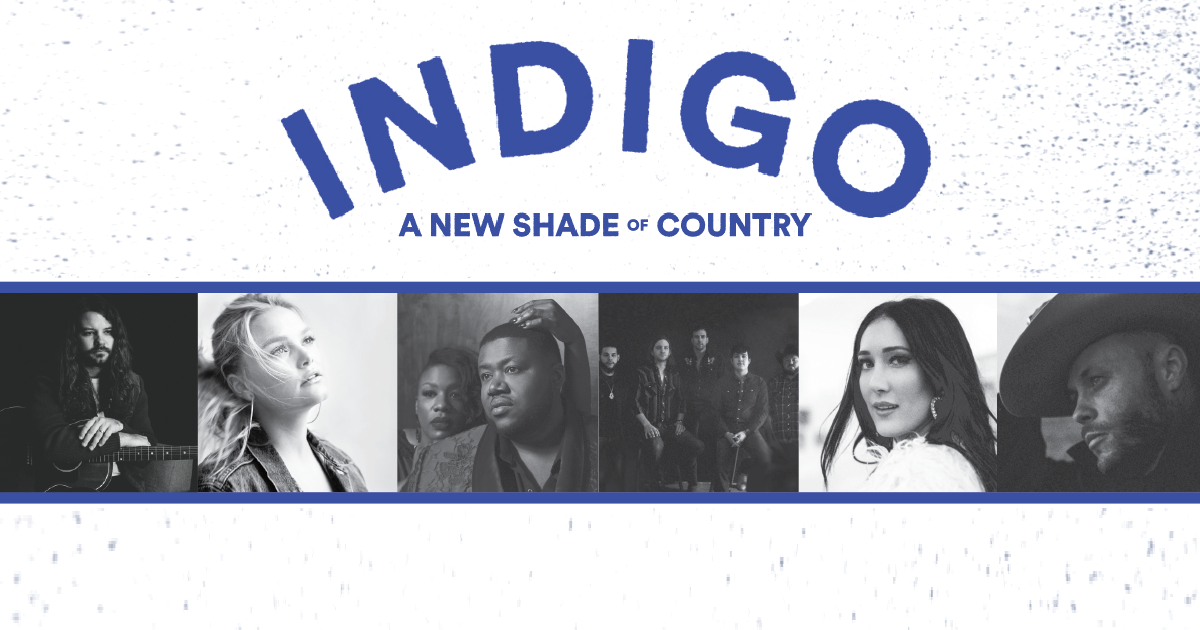 “Our Nashville-based team had been having ongoing conversations since early 2019 regarding just how diverse the taste of our country music audience was. It was clear to us that there were many modern songs in the genre, touching on Americana, rock, roots, and bluegrass, that had sonic and thematic throughlines. We were also seeing many of these artists on the road together (Marcus King Band joined Chris Stapleton, Yola toured with Kacey Musgraves), talking to each other on socials, echoing the strong community within the scene. With this in mind, the goal was to create a playlist brand that reflected these intersections and the audience appetite for a playlist of this nature. With the success of the playlist since its launch in March, Indigo has continued to be a priority for us, which is reflected by enthusiastic listening from users. We’re celebrating the playlist this month with a sizzle video, new video playlist formats, artist sharecards, billboards, and more, in hopes of bringing more fans aboard the Indigo train.” — Laura Ohls, Senior Editor, Folk & AAA, Spotify

Twenty-three years old and on active duty in the US Navy, Zach Bryan might not be what one would expect from a country act on the rise. The Oklahoma native’s self-released material from the fall of 2019 is gaining traction on Spotify, creating buzz throughout the Nashville music industry. At the time of its initial release he had no publicist, no manager, no team to speak of whatsoever, yet his live videos sparked the interest of an audience on social media — which ultimately led to the flood of activity on streaming we are seeing today. His biggest song to date, “Heading South,” has been included in our Indigo playlist since its launch in March and remains a consistent tentpole track. Though he hasn’t had the opportunity to tour as a result of deployments and the pandemic, expect crowds of fans when the time comes.

One of country’s most notable rising stars, Caylee’s powerful and vulnerable ballad proves how strongly personal songwriting still resonates in the genre. A vocal standout in the playlist, you’ll feel her heartbreak and strength throughout the song.

Flatland Cavalry – “War With My Mind”

While the song was not written during the pandemic and this time of quarantine, the Texas band’s newest song lyrics grapple with internal battles we all face due to lack of stability, isolation, or just general disruption, which certainly resonates with listeners today.

A real toe-tapper, this track encourages the listener to follow your own path versus one that has perhaps been laid out for you. The song also suggests taking higher ground when being tested by others, some sage advice we could all use during these stressful times. Cobb’s classic, warm tone shines through this cut.

The Iowa-native-turned-rising-country-star pays homage to her roots in this nostalgic song about the place she was born and raised. As the saying goes, you can take the girl out of the Heartland…

A hint of Neil Young, a splash of Guy Clark, a shake of Gram Parsons, and you get this great tune from Cut Worms, AKA Max Clarke, embodying country-folk storytelling at its finest.

I have seen Jonathan Terrell’s music described as “Springsteen in a Honky Tonk,” and no song better reflects said description on Terrell’s new record than this one. Passionate and driving, it’s a real rocker on Indigo.

A little bit country, a little bit rock ‘n’ roll, Aubrie makes the kind of gritty Americana that a playlist like Indigo was made for. The title track and opener off her newest album is a more subtle take on her “garage country,” but is exemplary of how dynamic she is as an artist.

The husband-and-wife duo have always written songs that strike a chord and can often bring the listener (me) to tears, but they’ve managed to accomplish this with a song that feels upbeat and… happy? The roots of the song, however, are quite dark. Michael Trotter Jr, after years of mental and financial struggles, contemplated leaving this world. In response his wife, Tanya, pleaded to him, “Just give me five more minutes. Stay with me. Just five more minutes to love you.”

Is there really another song title on this playlist that is more appropriate for our day and age? Following his 2019 album, The Valley, and a severe health scare, Charley’s newest album (and title track) touches on failures and a system that’s rigged for said failures. Crockett is one of those artists that embodies all subgenres and eras under the American roots umbrella, and it’s songs like these that showcase how his art feels old and familiar while simultaneously being new and exciting.

Images and artwork courtesy of Spotify