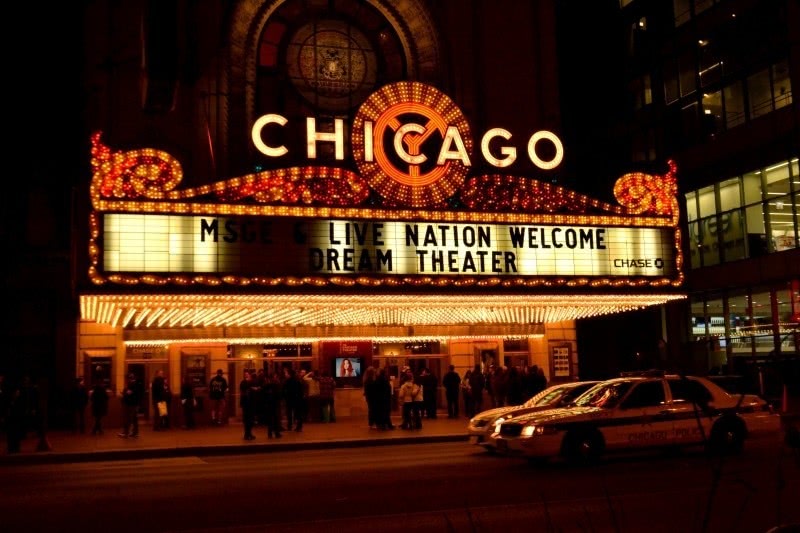 Bloodshot Records has been operating in Chicago for the entirety of its 20+ years as a record label. As the story goes, the label was birthed — written on a bar napkin at local watering hole Delilah’s — to compile the sounds and ideas of a burgeoning country/punk scene in and around the city in the mid-’90s. On our site, it says, “We’ve always been drawn to the good stuff nestled in the dark, nebulous cracks where punk, country, soul, pop, bluegrass, blues, and rock ‘n’ roll mix and mingle and mutate.”

And while Mike Smith and I haven’t been there since Bloodshot’s inception, we grew up on the catalog (Heartbreaker, anyone?), along with other sounds of similar ilk and of similar community. If you spend enough time in Chicago going to and playing shows, drinking at the Hideout or Schuba’s or Empty Bottle, or just meeting people who are vaguely into music, there are names that consistently arise — ones that have the respect of other musicians, live music show-goers, and casual standers-by.

Here, we’ve compiled our own mixtape of Chicago’s current roots/alt-country artists. Maybe none of them implicitly fall under those umbrella (and sometimes unwanted) terms, but they all possess some sort of grit, twang, or attitude that slots in with the roots aesthetic. — Josh Zanger

The band took shape after the split of alt-country originals Uncle Tupelo and, as Wilco progressively leaned more toward pop/indie rock, Chicago has happily claimed them as a musical staple. Early in the band’s career, you could still hear the alt- influences, especially on their debut album, A.M., songs like “Casino Queen” and “Box Full of Letters” remind me of Jeff Tweedy’s creative work with Jay Farrar (now of Son Volt) and Brian Henneman (of Bottle Rockets).

Robbie is a Bloodshot original — his first album is catalog number BS011 — and, in my opinion, what keeps the Chicago alt-/roots scene relevant and vibrant. If you think I’m partial, take a trip to the city and go see his residency at the Hideout on a Monday night while he’s in town. Every show is different, with different themes and different guests, but ALL of them feature Robbie’s excellent musicianship and high-wire wit.

Hoyle Brothers — “How Many More Nights”

Since I moved into the city many years ago (and for many years before that), the Hoyle Brothers have been a local honky tonk treasure. They’ve been doing weekly happy hour residencies at the Hideout and Empty Bottle since early 2000s, and it feels like a rite of passage to have attended and gotten drunk at one of their performances.

If you’ve been to the Hideout, you’ve seen Lawrence behind the bar slingin’ PBRs and cheap whiskey shots. There’s also the chance that you’ve seen him playing honky tonk and country music as the Lawrence Peters Outfit, in one of many renowned local bands, or DJing country tunes at various bars and clubs.

Jon Langford is a man about town — making art, playing shows, making music, making his political voice heard, kissing babies — and I have yet to meet a person who doesn’t love him. Also, every time he comes to the Bloodshot offices, he makes it a brighter place and then leaves with, “Thank you, good people of Bloodshot, and keep up your great work!” On his own or in various projects, he’s beyond prolific. With the Wacos, content comes a little more slowly, but always carries an added punch in the band’s potent rock ‘n’ roll/punk/country form. In full disclosure: A Waco Brothers 7” is the label’s third release.

State Champion — “There Is a Highlight Reel”

I haven’t seen the band play in a while, so I’m not sure if they even call Chicago home — their Facebook page lists “Chicago/Louisville.” They have a grungey, garage, twangy sort of sound that brings to mind an alternate genre Uncle Tupelo. Freakwater’s Catherine Irwin lends guest vocals to this song, giving it an extra bit of eerie grit.

Al Scorch — “Everybody Out”

In Chicago over the last five years or so, Al Scorch has been at the forefront of the roots music scene. His combination of bluegrass, folk, country, and punk-rock is uniquely Chicagoan — it’s a direct cross between tradition and rebellion. In the city, you can see Scorch telling urban stories over his lightning-fast banjo pickin’ everywhere from punk clubs to square dances, DIY spaces to theaters. He is a true everyman. I grew up on punk music, and I moved to Chicago from the beautiful Shenandoah Valley in Virginia, a hotbed for roots music and traditional bluegrass, in particular. When I first saw Al Scorch at the famed punk club the Empty Bottle on a Saturday afternoon, it was the first time Chicago truly felt like home to me.

Ryley Walker — “On the Banks of the Old Kishwaukee”

Ryley Walker has been playing multiple styles of guitar (classical, jazz, psychedelic, bluegrass … you name it) in punk bars and jazz clubs around Chicago for years, both solo and with some of the Chicago underground’s most iconic musicians. In local music circles, everyone knows his name for different reasons. In 2014, Walker signed to Dead Oceans, a Bloomington, Indiana, label that specializes in indie rock with splashes of roots music, and released three terrific albums in two years. Just like Walker’s guitar-playing, the albums span a wide genre map, much of which draws from folk, bluegrass, and classic country. Throw in a few jazz and psych numbers, and it’s a unique blend of guitar-led American music.

Devil in a Woodpile/Rick Sherry — “Shake It and Break It”

Devil in a Woodpile is a roots music fixture in Chicago, and Rick Sherry is the carnival barker-like vocalist fronting the unplugged string band. His baritone bellow is earth-shaking while his harmonica playing is to be reckoned with. Devil is also uniquely Chicagoan, as they mix Appalachian-era bluegrass, country (the stuff that floated up the river and landed in the old juke joints and square dances of mid-century Chicago), and folk with the brand of blues that was born in Chicago. Folks will gather in the small Hideout barroom (there’s a reason we keep mentioning the Hideout — it is truly THE roots music haven in Chicago) to watch Devil in a Woodpile play unmic’d in the middle of the room, right on the checker-tiled floor. It’s an event every time. Sherry can also be seen playing in the swingin’ Sanctified Grumblers and the acoustic pickin’ Hatstretchers.

Whitney — “No Matter Where We Go”

Though they aren’t your typical “alt-country” or punk-infused roots that often defines the Americana underbelly of Chicago, Whitney is a band not to be overlooked in the conversation. Born out of the ashes of the short-lived indie rock band Smith Westerns, Whitney combines soul, AM radio pop, late-Wilco-leaning guitar wizardry, and ‘70s-era country music that would make Gram Parsons tap his foot. It’s a unique sound amongst the psychedelia and garage vibes that currently permeate the Chicago indie rock scene. You’ll often see them playing with a brass section and a pedal steel guitar, simultaneously, as evident in their hometown hero set at the 2016 Pitchfork Music Festival.

Henhouse Prowlers — “Leaving You for the Interstate”

As made clear in this piece, a multitude of Chicago bands incorporate bluegrass into their music, mish-mashing it with punk, blues, and country. But the Henhouse Prowlers (previously known as Sexfist — yes, you read that correctly) are one of the few that play traditional bluegrass in the Windy City. Crowded around a mic, pickin’ away on banjo, guitar, dobro, upright bass, and fiddle at Martyrs on almost any given weekend, the Prowlers sound more like the Cumberland Gap in the 1950s than Chicago in the 21st century. Their lyrical allusions are what bring it back around to modern times. They have a song called “Spoiler Alert.”

If you’ve seen live music in Chicago, you’ve seen Jim Elkington play guitar. The virtuoso has played with everyone from Wilco’s Jeff Tweedy to Eleventh Dream Day (with Freakwater’s Janet Bean) to various Mekons-related projects. (I once saw him play a David Bowie tribute set with Jon Langford and Sally Timms at the Chicago Museum of Contemporary Art that felt like a bad acid trip — but you’d never know it through Jim’s deadpan while he shredded away.) I can’t tell you how many shows I’ve been to in which I didn’t even know he was playing until he emerged from the shadows on stage. He’s ubiquitous. Elkington has also released several albums of superb guitar instrumentals steeped in country, bluegrass, and other roots stylings on the Paradise of Bachelors label.