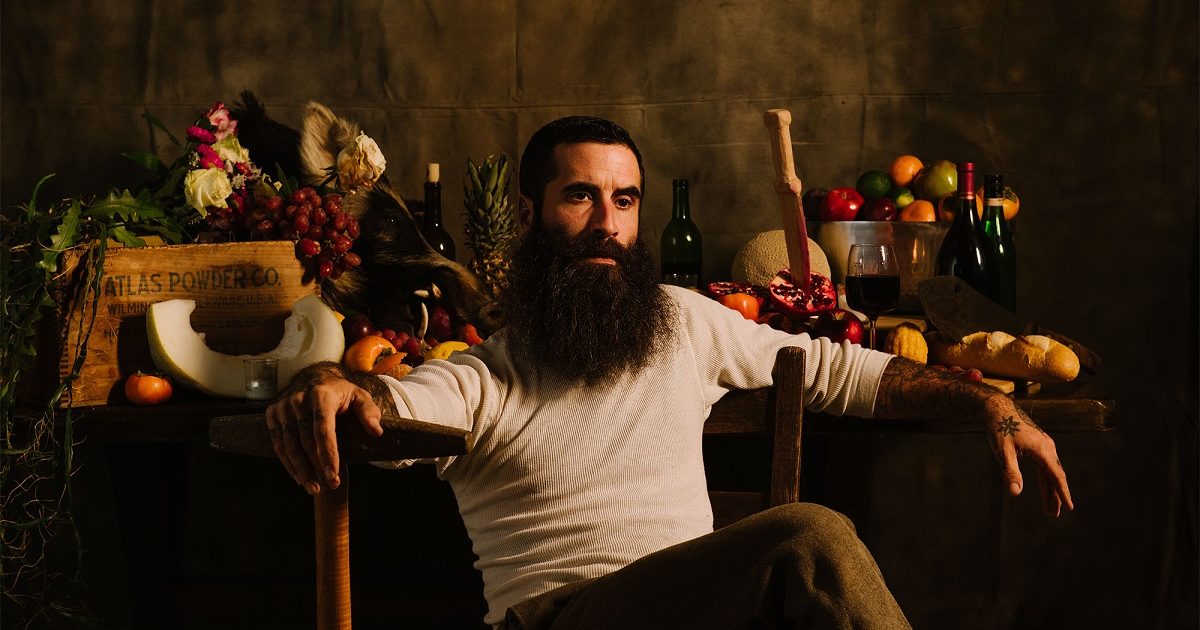 As a lifelong metalhead myself, upon entering the haunting annals of the old-time canon, I found an instant love for the dissonant minor key and modal sounds of the darker side of Appalachian music. Laugh you may, but the Mixtape that follows will have the most devout of Hessian headbanging and throwing up the horns like you’re at a Megadeth show in 1989.

There is something about heavy metal I just can’t shake. Even as I aged, developed a wider taste in (primarily) traditional music, and became decidedly less tolerant of 100-decibel live shows, I have never lost my love for the heaviest of heavy music. From the cannabis-fueled sludge of Sleep, the dive-bombing screech of Judas Priest, or the melodic and epic ride of an At the Gates record, some days just call for the auditory brutality of metal.

Alas, my eardrums aren’t what they used to be after more than a decade of touring as “the loudest country band on earth,” squealing feedback from half-busted honky-tonk sound systems notwithstanding. And so I turn to the Appalachian fiddle tunes and ballads that send the same, exhilarating chill down my spine as Slayer’s “Raining Blood,” quenching the carnal thirst for humankind’s more sinister sounds. Shred on, mighty metal warriors…just maybe without a wall of guitar amps… – JP Harris

Originating in West Virginia, in mountains full of eerie lore and tales of wandering devils, imagine yourself conjuring thunder from a mountaintop to destroy the enemy hordes.

To my knowledge a tune from the Civil War, this one elicits battlefield visions of fear and carnage, its hectic and dissonant melody as disorienting as the Battle of Cheat Mountain.

Most likely written by a Scottish warrior queen whilst galloping toward the Saxon invaders, whom she promptly whooped thoroughly.

The bible, according to Appalachian song tradition, is pretty much all about death. Better get ready, Hezekiah.

I rest my case. Beasts with horns?! One with seven, one with TEN?! If this isn’t Norwegian Black Metal content I don’t know what is.

I like to think of this recording similarly to an Iron Maiden tune, near-operatic in its emotive acts, dark at first then rising to the epic victory. “Camp Chase” is like a finger-tapping twin guitar solo on repeat.

I don’t know what the hell a “hog-eyed man” is, but sounds like some backwoods pig-devil the Pentecostals keep in a gimp dungeon, brought out to devour the souls of non-believers. And the melody fits the bill. Sorry for the nightmares.

As any brave metal warrior would, the 19th Century soldier narrating is prepared for bloodshed, provision, and strife. “As I shoulder my musket and billet my sword.”

Paul’s eerie banjo version could easily be the intro to a symphonic Scandinavian metal power ballad. Show me the lie.

If the dudes from Sleep ever took up droning, spaced-out desert rock on acoustic instruments, pretty sure this would be the first single.

Uh, yeah…the Hessians have left the Metallica show in ’87, drunk and high on rock energy, and upon discovering the beer store closed, have burned the entire town down in wild abandon.

Death by silver dagger seemed to be a popular modus operandi back in the day. Mutual suicide spawned from heartbreak and simple misunderstandings usually got the point across pretty clearly as well.

Another from the original spirit-conjurers The Hammons Family, this dizzying tune surely caused hillbilly hypnosis akin to a zombie curse.

Tatiana Hargreaves – Shaking Down the Acorns

Y’all remember the movie Willow? I think the title refers to those acorns he used to turn the evil Queen Bavmorda’s hand to stone. Leather armor would be a good look whilst jamming this one.

For those who know the Björler Brothers (the Swedish death metal guitarists behind the sound of At the Gates and The Haunted), tell me you can’t hear them shredding this tune a new one.

Rayna Gellert – “Ways of the World”

Get your copper chest piece, battle axe, and blue face paint out for this one, and let the ram’s horn sound across the land (insert galloping hooves here)…

I’m not sure what kind of “glory” they were invoking to this tune in the meetinghouse, but sounds like bloodletting and snake stuff to me.

Evie Ladin and Rhys Jones – “Paddy on the Handcar”

Journeying across the post-apocalyptic wasteland following the thermonuclear war, traveling by handcar in Mad Max: Beyond Thunderdome fashion, this one helps to calm the mind as you ponder how the end of civilization could’ve possibly been avoided.