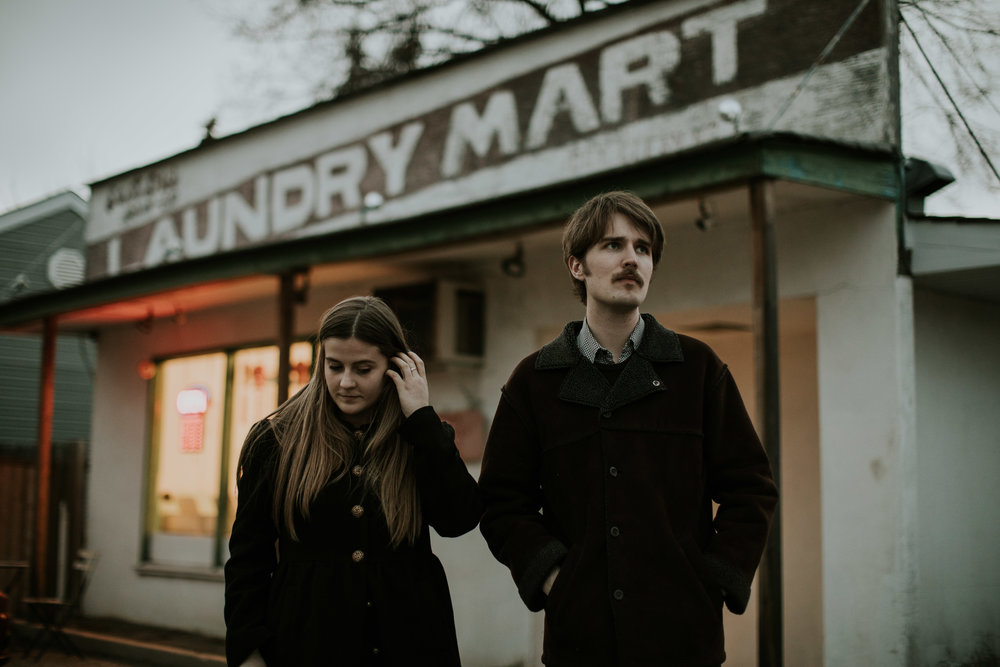 The traditional folk realm spans several countries and numerous styles. But Canadian folk duo Kacy & Clayton know their way around the terrain. That’s why we asked them to gather up a bundle of their favorites. Taking a break from promoting their new album, The Siren’s Song, Clayton answered the call.

The first track on the first Bert Jansch album I heard (Jack Orion). That plunky, buzzy guitar sound you hear in the left speaker has had a lasting impression on my own playing. It was only a couple years ago that I learned John Renbourn was the one playing guitar and Bert’s on the banjo.

Steeleye Span — “The Lowlands of Holland”

Gay Woods sings this Scottish tune on Steeleye Span’s 1970 debut album, Hark! The Village Wait. It is a dramatic story of a young lady mourning the death of her husband who died in the navy.

Something about Henry Thomas’s guitar style has always mystified me. I never tire of hearing him plunk away on bass runs and slap out those big thumb strums on every beat.

The Stanley Brothers — “Mother Left Me Her Bible”

The Stanley Brothers at their very best. Carter on the soaring lead vocal, Ralph taking the tenor, and George Shuffler singing baritone and picking the guitar triplets. I don’t know how many songs they recorded about their mother, but I think it’s around 11.

I find this song very peculiar. The king meets the boy who impregnated his daughter out of wedlock: “And it is no wonder,” said the king, “that my daughter’s love you did win. If I was a woman as I am a man, my bedfellow you would have been.”

Ron Kane & Skip Gorman — “If Your Saddle Is Good and Tight”

Despite growing up on a cow ranch and seeing working cowboys regularly, I’ve never been too keen on riding and roping myself. However, our friend Mike Tod (Calgary, AB) turned me onto the music of Carl T. Sprague, the Original Singing Cowboy, and I’ve since developed an obsession with cowboy songs. I love the humorous side of this old song and the style in which Ron Kane sings it.

Davy Graham is my favourite, and certainly the most influential British acoustic guitar player of the 1960s. I’m not sure where he sourced this song, but I know it has roots in both the Mediterranean and Middle East.

Topic Records included this on their 70th anniversary compilation, Three Score and Ten. The title got my attention, and Cilla Fisher’s intense diction and phrasing had me hanging on every line.

Peter Bellamy is undoubtedly my favourite singer of traditional material. Though he typically sang songs from his home county of Norfolk, he learned “A-Roving on a Winter’s Night” from a Doc Watson recording. Bellamy’s version of the song is a rewarding homecoming to Britain, after a couple centuries of transformation in the Appalachians.

I love Cajun things and I love these guys.

Nic Jones is a master of melody and phrase. His guitar playing and singing are so perfectly unified, hearing him is like being struck by a tidal wave of musicality.

The origins of this folk song can be traced back to Greece in the 4th century B.C. My favourite version of the last few centuries was made in 1970 by the Incredible String Band.

The plain, innocent voice of Jean Ritchie perfectly explains the scandal of this European tale.

For a good part of last year, “Witchita Lineman” was the song my alarm clock played. That Bass VI solo really fired me up for the day. Before his days of international celebrity, Glen Campbell made a couple unsuccessful bluegrass records for Capitol. This song’s from his debut LP, Big Bluegrass Special.

A straightforward re-telling of hunters searching through bushes with their dogs and coming across a woman’s decomposing body.