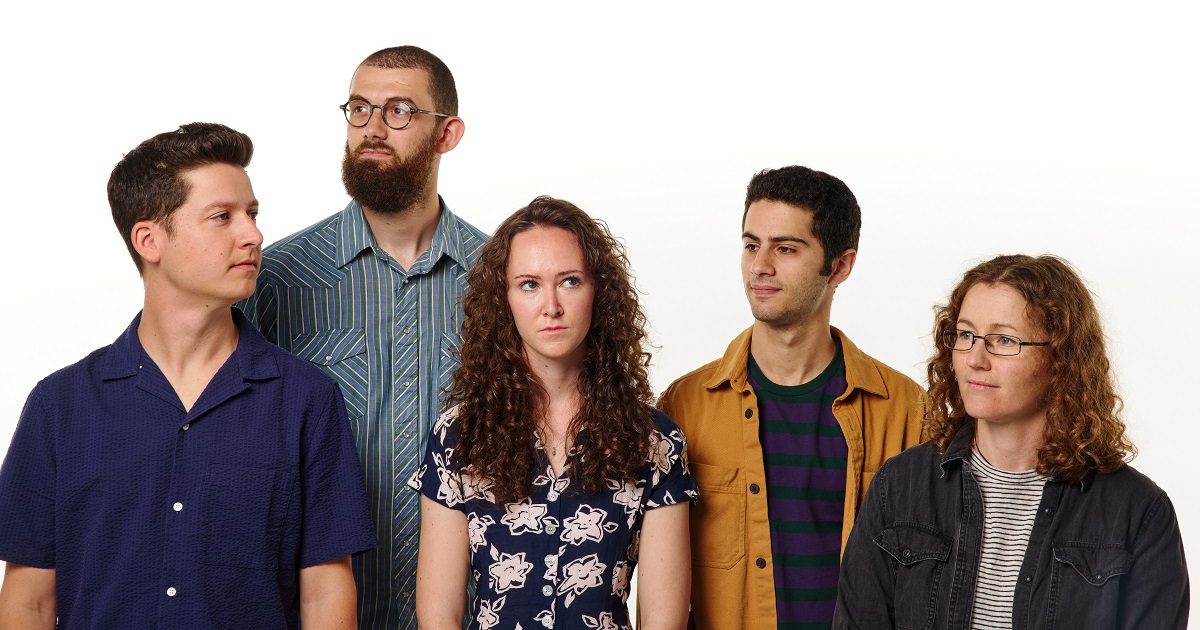 Songs can be truly short short stories. There is so little time, so little space to convey a complete narrative. That challenge has always thrilled us when crafting our music. When we were asked to create a themed playlist for The Bluegrass Situation, I thought through our own songs that formed the new album Close Enough to Hear (out February 3) and wondered what common thread tied them together. Many of them really are conveying a story, something with a beginning, middle and end. We all went back to our favorite short story songs and marveled at the writers’ ability to forge a genuine drama, with a plot and characters, inciting events and climaxes, in just a few short minutes. It’s a high wire act, where every single word counts and nothing can be wasted. Here’s a list of our favorite short story songs. — Evan Murphy (acoustic guitar), Mile Twelve

This song makes me emotional every time I hear it. Bruce delivers this Billy Bragg song so powerfully and honestly, giving it a distinctly American flavor. – Nate Sabat (upright bass)

Bobbie Gentry – “Papa, Won’t You Let Me Go to Town With You”

I was recently turned on to Bobbie Gentry through the Cocaine and Rhinestones podcast by Tyler Mahan Coe (highly recommended) and stumbled on this song while checking out her catalog. She’s done such an incredible job painting a musical representation of that longing, wishing feeling of wanting to be included. And on a dorkier note, listen to how the phrasing of the hook is different on line one of the chorus than it is on line four. So, so good. — Nate

Our good friends of the duo Tattletale Saints are excellent songwriters from New Zealand, now based in Nashville. This song about Little Richard has beautiful, clear imagery that pulls you right into the song. It’s a mellow performance, not trying too hard and resulting in a memorable story about a unique Nashville music legend. – BB Bowness (banjo)

This haunting a cappella song written by Jean Ritchie is sung from the wife’s point of view as she awaits news of her husband’s fate down in the mine. The song captures the anxiety and uncertainty she feels while she imagines a possible future without her husband. — BB

A dozen cheap roses in a shopping cart, veins through the skin like a faded tattoo. Isbell’s tight, sparse images bloom into vignettes which form a complete story by the end of this song. A man has reached the limits of his patience with a stagnant life. His father lays dying in the ICU, he has no prospects, nothing to stay for. After long years, he finally decides to pack it up and break free. When I am in a period of writing I actually can’t listen to songs this good. They torment me with their lean, sinewy perfection. To use Isbell’s own language, there is no fat on these lyrics. Everybody knows you in a speed trap town. — Evan

“My name’s Joe Roberts, I work for the state” might as well be “Call me Ishmael.” For me, this is the quintessential short story song. There are major motion pictures with plots less deep. It’s the struggle between two brothers, Joe and Frankie, one a state trooper and the other a struggling veteran who can’t seem to stay out of trouble. “I got a brother named Frankie, and Frankie ain’t no good,” sings Joe. Maybe it’s the fact that I have two older brothers, but when Joe watches Frankie’s taillights disappear across the border I cry, even after hundreds of listens. “I musta done a 110 through Michigan County that night.” How desperate was Joe to catch Frankie, to save him from himself? This song has taught me so much about musical storytelling. Springsteen is larger than life, for me and so many others. I wish I could open the back of his head and see how he does it. Thank God we have his music, it’s sacred. — Evan

“Caleb Meyer, he lived alone in them hollerin’ pines” opens this exquisitely brutal ghost story. Gillian Welch has reshaped the very structure of modern folk songwriting. She and David Rawlings prove that when the song, the vocals and the playing are flawless you really don’t need anything more. “Caleb Meyer” is a haunting murder ballad. A woman fights for her life, finding a broken bottle to slash the throat of her would-be rapist. I am in that room with her when I listen to this, the hair standing up straight on the back of my neck. It’s a full-fledged Western, and she does it in three damn minutes. She is a force of nature. — Evan

John Prine – “Hello in There”

The lives of Prine’s characters are smaller and simpler than the legends of epic folk ballads. There’s no steam drill, no six shooters, no gallows at dawn. It’s just Loretta, Davie and Rudy, a back porch, a TV that plays the same old news. This is Prine’s genius, making the mundane transcendent in its beauty and its tragedy. It’s like watching modern human life itself dancing on top of his gorgeous finger-picked eighth notes. He was one of our great American prophets, observing, critiquing, reflecting, teaching. He is missed so dearly. — Evan

Josh Ritter – “The Temptation of Adam”

“‘If this was the Cold War, we could keep each other warm,’ I said on the first occasion that I met Marie.” Ritter is a favorite of novelist Stephen King. It’s not surprising, given the literary grandeur of his songwriting. The strange, post-apocalyptic tale of Marie and the missile silo transfixed me when I first heard it. It’s more mesmerizing with each repeat listen. How does someone create a world so fully realized, so convincing, with such simple tools at their disposal? What a gorgeously weird tale. — Evan

When I was younger, I had four or five Bob Wills CDs that were pretty much on repeat for my whole childhood. This Cindy Walker song was on a couple of them, and every time I heard that fiddle intro, it would stop me in my tracks. I’d sit there completely absorbed in the stark, dusty imagery. This song is lyrically and musically as simple as it gets, but it packs a heavy emotional punch. When this song was recorded by Bob in 1941, the Dust Bowl was barely history, and I can feel the pain it caused in every beat. You don’t always need fancy chords and poetry to make a statement—sometimes you just need a semi-natural disaster. — Ella Jordan (fiddle)

How can you have a playlist without a Joni Mitchell song? The oppressively ordinary yet starkly evocative imagery in the second half (only Joni can put a dishwasher in a song) somehow reminds me a little of some of Lucia Berlin’s writing. This is one of those songs that if you had never heard anybody sing it and you just read the lyrics, it would still be a beautiful poem. One that takes you on a journey, and makes you feel things. One that makes you question your life choices. We all hope it’s only a phase, these dark café days…. – Ella

This is one of my favorite songs from Randy Newman. He sings about traveling around the United States as a child of a Jewish immigrant family in an attempt to find a home and live the American Dream. He deals with themes such as privilege and the issue of losing one’s culture while assimilating. This is the story of many families during the end of the 19th century and beginning of the 20th and continues to be a relatable topic today. – Korey Brodsky (mandolin)

The story of two Union soldiers during the Civil War who promise each other they will bring news back to their families if one of them does not make it through the battle. The imagery of war is vivid and the storytelling is masterful. Hazel & Alice bring this one to life in their incredible version. — Korey