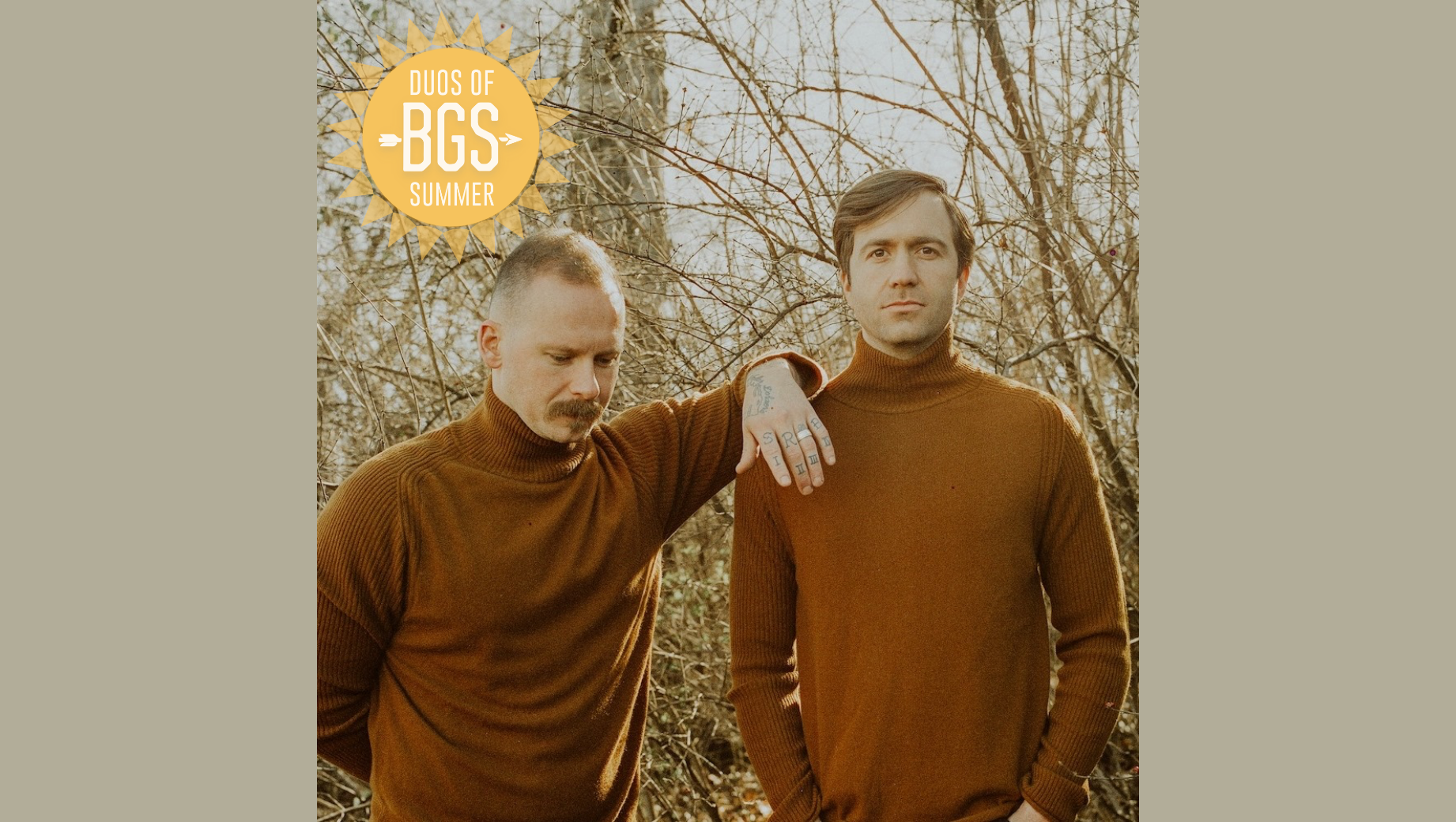 From Joe Cocker covering The Beatles, Bon Iver covering Bonnie Raitt, Glen Hansard covering The Pixies, and many, many more, WE LOVE COVER SONGS. In fact, one of the most commonly had tour van conversations is “What should we cover next?” (And we deliberate that almost daily.) The art of taking someone else’s song and making it your own is difficult and praise-worthy. … THUS, when The Bluegrass Situation asked us to cultivate a playlist, we knew exactly where to go. So here it is, dear friend!! A list of songs — in our opinion — that are begging to be covered.” — Andy Baxter and Kyle Jahnke, Penny and Sparrow

Like a lot of Eagles tunes, “New Kid in Town” manages to have emotional depth WITH a hook that’s catchy as hell. Not a lot of folks can do that. They did it over and over again. It reminds me of “Fun Times in Babylon” and for that reason I must have Father John Misty cover this as soon as possible. Please make that happen for me, FJM. You would sound delightful. (Andy)

This song was on Parks and Recreation and it made the reconciliation of Leslie and Ron one of the most iconic scenes in TV history. For the month after, I listened to it over and over and over again. After 30 days of it I started to imagine who I wanted to hear cover it. I landed on one of two extremely recognizable (and lovely) voices: Ashley Monroe or Anaïs Mitchell. Please Universe, hear my cry. (Andy)

John Denver – “Sunshine on My Shoulders”

I would love to hear this covered by someone like Daniel Caesar. The melody with some R&B voicing would sound insane. (Kyle)

This song is admittedly new for me and (before it came along) it had been more than a year since a song made me cry on first listen. This one undid me. Eight straight listens and now I might die unless I hear I’M WITH HER cover this damn song in three-part harmony. (Andy)

I love a good ‘80s/’90s jam saddened by some sad indie folk. Thinking if James Vincent McMorrow took this and pitched it to his gorgeous falsetto I would listen on every rainy morning and cry just a little. Maybe give it to Jason Isbell and let him turn it into an Americana masterpiece. (Kyle)

A friend of ours called this song a “We’ll be young forever” anthem. It toes some strange line between the grunge pop of “Cherry Bomb” and the new age sad rock of Phoebe Bridgers. I love it and really really wanna hear a slickly crooned version by Sam Smith. Take all my money Sam, just get it done. (Andy)

I love the yodeling in this one. Basically I want Miley Cyrus to imitate Dolly Parton imitating a ‘90s George Strait. I love this track. (Kyle)

This one feels unfairly unknown. How this song got lost in the shuffle of history is beyond us but I damn sure wanna hear The Kernal or Robert Ellis do a version! (Andy)

This could either be an Ariana Grande acapella jam, or in my wildest dreams a Simon & Garfunkel reunion where they folk harmonize it to perfection and the world is happy since they are friends again and that’s all I really want. (Kyle)

Anaïs Mitchell – “He Did”

Lyrically this song is masterful and angst ridden and haunting. As I think about it now, it would be an incredibly tall order to cover this monster, but I genuinely think a blues/soul rendition could be badass. The lyrics of the song mourn and bleed and I kinda wanna hear Cedric Burnside or Leon Bridges take it on. (Andy)

GIVE ME HAIM SINGING THIS SONG AND IT WILL BE THE RESURRECTION OF AN ‘80S POP RELIC!!!! It would also stream millions of times in a matter of days. It’s a jam and they’re the maestros I wanna hear introduce it to the next generation. (Andy)