MIXTAPE: The Brother Brothers, Tunes to Get Us Down the Road 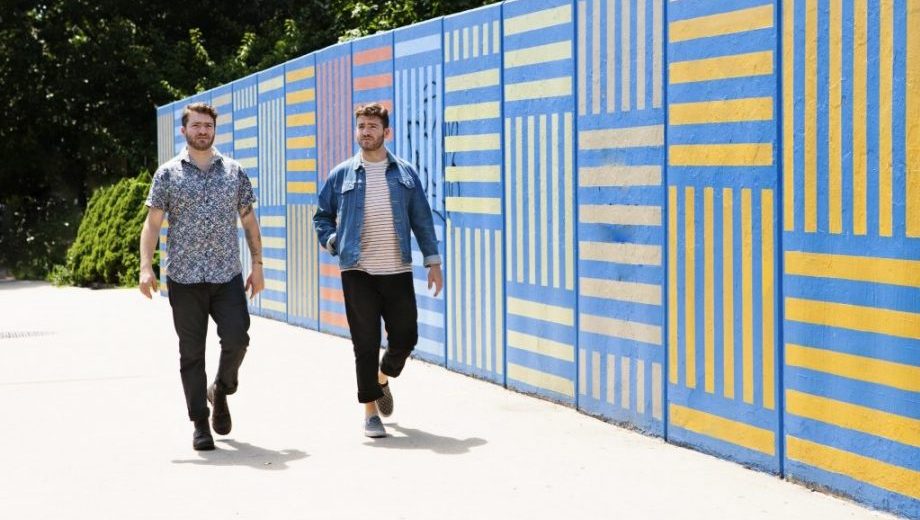 If you’ve looked at our tour schedule recently, you’ll notice that it’s jam-packed, and each place is hours from the next. One of us will be on driving duty and the other on the tunes/podcasts. This is a list of tunes that have found their way onto our speakers in times of natural serenity, boredom, inspiration, or just plain “Ooh, I want to listen to that song.” They consist of friends, heroes, and people we admire — if it were all of them it would go on for hours. Here is a quick list for now, and it may get longer by the day.

There are many modern songwriters that can spin a story that makes the listener feel like they’re living it, but Sam is really one of the coolest and relaxed. Every time I hear one of his songs I feel like I’m remembering a dream I’ve just awoken from.

Needless to say that Richard is one of the most influential songwriters of all, and this is a song that has really hit me hard recently. Songs of fighting war are a common theme in songwriting, and this one is very effective.

When you do research to learn harmonies, you stop here.

“Down in a Willow Garden” – The Kossoy Sisters with Erik Darling

Boy is this just good and in the way like not much else.

I remember the first time I heard this version. I’d listened to many others before and then the clouds parted but the rain kept pouring down and I was in heaven

“If You Ain’t Got Love” – The Revelers

What is there to say about the essence of country? This is where it lies for me. It is kind of the perfect song.

“Tired of Your Tears” – Feufollet

After attending the Black Pot Festival in Lafayette, LA we heard this band. To describe a better time listening to music would be very few and far between. What a great dance band and group of musicians

There are very few times that you hear a song and decide it’s time to quit music because you could never be as clever or sincere or capture a feeling to its core as Brent does in this song. I hate how good this song is.

Listening to Terry Allen and Michael Hurley is one thing, and our pal Buck does it so very well with this song. It’s so perfect.

There are times that I sit down to write a song and just can’t because this song haunts me. It is the stars I am shooting for.

“Take Me Back” – Sarah Jarosz

We had the wonderful opportunity to do a bunch of opening shows with Sarah and this is the song that has stuck with me all this time. I wake up with it sometimes and can’t seem to get enough of it.

What can I say, but how great is this song?

He doesn’t remember how, but Adam found out about Henry, and we listened to his album every day in the car for weeks. It’s so good.

“Ain’t That Bad” – Timmy the Teeth

This is just a hit and I love the sentiment. His voice and the vibe and the words, it just is the butter that makes you want another.

We heard three different bands cover this song before we checked out the original. Then we listened to it over and over again. It’s just one of those earworms that gets in both ears.

When you visit Scotland and the UK you just end up falling in love with it all, and this is one of my favorite songs I’ve heard that isn’t twenty minutes long.