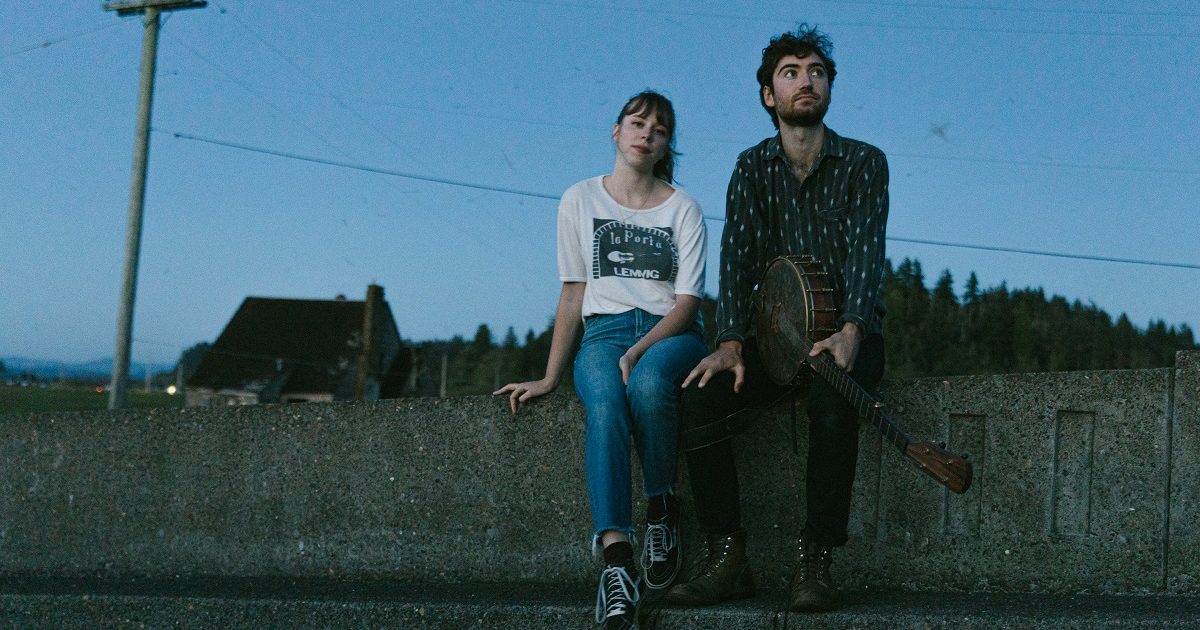 We were both old-time music festival kids, showing up at our parents’ jams with dirt-covered feet, stopping for a moment to listen to the tunes and songs that would undoubtedly carry on late into the night. When we met and first played music, it wasn’t to write or sing songs, but to stay up all night playing fiddle tunes, thrilled by the parallel experiences we shared that allowed playing together to feel effortless. Though the songs on our upcoming duo record aren’t traditional and draw a wide net of inspiration, we aimed to have the groove and groundedness of string band music woven into the feeling of the album.

This playlist includes some of our favorite (deep) cuts of old-time music, at least the ones that have been published for streaming and don’t linger on a cassette or family archive. We selected these to give you a sense of how each song or tune has spun a web of connection that somehow wound its way in our direction. We chose many songs that are somehow close to us and the people we know. We chose some that, by their very existence, make clear the injustice that this music and the people who make it are grappling with and/or trying to overcome.

Old-time music isn’t any one particular thing, but is instead filled with contradictions. Even its name feels odd to write and at odds with how we view it. Yet, it is the music that feels like home to us. Come and join our tragic and raging old-time party. – Vivian Leva and Riley Calcagno

This is one of our favorite recorded instances of old-time music and its unique, reckless drive. This twisty tune is a rare occurrence of a melody that came from sheet music, off the Hamblon family manuscripts. Dirk Powell is joined here by the original members of Foghorn Stringband, recorded live in Eugene, Oregon. You can hear us play this tune live during a jam at the Appalachian String Band Music Festival in Clifftop, West Virginia, on this Bandcamp release.

In the ‘90s, Vivian’s parents, Carol Elizabeth Jones and James Leva, played in The Renegades with Richie Stearns and June Drucker. Their combination of old-time string band music, harmony singing, and original songs are unique and well-crafted. Riley discovered this band in his dad’s iTunes library in high school before ever meeting Viv and was instantly hooked. Here, they play a song from the Round Peak region of North Carolina called “Chilly Winds.”

Lily May Ledford of Powell County, Kentucky sings this song of a woman who has been betrayed and seeks revenge. Ledford was the leader of the Coon Creek Girls, a widely recognized string band from the ‘30s to ‘50s. Viv’s mom Carol Elizabeth Jones sings this song (with the name “44 Gun”) on the recently re-released 1991 cassette, Rambling & Wandering, by the Wandering Ramblers.

This record from Tara Nevins is one of our favorite traditional/original fusion projects. Check out that bouncy electric guitar… wowza. This one is sung by Jim Miller, now one of our label-mates with Western Centuries.

Hazel Dickens and Alice Gerrard sing this Round Peak classic on this practice tape, recorded live in Alice’s kitchen and released by Free Dirt Records.

The musician who arguably had the most influence on today’s old-time music scene is Tommy Jarrell of Surry County, North Carolina. Tommy welcomed younger visitors in the 1970s and ‘80s (including Viv’s dad, James, on many occasions) to his house to learn tunes, swap stories, and pass on ideas about the music. Inspiration from Tommy’s playing, especially his bowing, has spread throughout the old-time scene. For more of Tommy, check out this video of Tommy and his frequent musical partner Fred Cockerham playing on a porch in 1971.

Paul Brown beautifully picks the banjo and sings this old song on his record of the same name. He learned it from his mom, Louise Dichman Brown, who learned it in the 1920s from two brothers, John and Harry Calloway of Bedford County, Virginia. Paul told us that there are some early recordings of this song on so-called “race records,” the name given to records released featuring Black musicians in the highly segregated and exploitative record industry. This song in particular was a work song, sung by workers on the railroads. These laborers were often wrongly convicted Black people working dangerous and sometimes deadly jobs. Kevin Kehrberg and Jeffrey A. Keith write about this in their research on Swannanoa Tunnel (both the song and construction of the tunnel), a song that is similar to “Red Clay Country.”

This band came out of Vivian’s home county, Rockbridge County, Virginia, in the 1980s and features her dad James Leva. This track was featured on The Young Fogies, a compilation of the old-time music community during the ’80s revival era. The fabulously frenetic cello, played by Michael Kott, is unique for old-time music, as is the tenor banjo played by Al Tharp. The band had a few successful and influential tours in Scandinavia.

John Morgan Salyer of Magoffin County, Kentucky, was a fiddler who lived from 1882-1952. Though music was never his career, he played unique, often “crooked” (meaning an unexpected number of beats in each part) versions of fiddle tunes. His family recorded him at home in the 1940s, but these recordings weren’t made publicly available until nearly 50 years later thanks in large part to the work of Vivian’s grandfather, Loyal Jones. Here is one of our favorite Salyer tunes, played by one of our favorite fiddlers, Bruce Molsky (along with his partner, Audrey Molsky) on his 1993 Yodel-Ay-Hee cassette, Warring Cats.

Riley grew up around the band Foghorn Stringband and absorbed their uniquely driving sound at Stickerville in Weiser, Idaho, at the Portland Old-Time Music Gathering, and in lively kitchen parties around the Pacific Northwest. They learned this tune from the great Midwestern fiddler, Garry Harrison.

Murphy Gribble, John Lusk, and Albert York of Warren County, Tennessee, were one of the best string bands of the 20th century. Even so, they were never commercially recorded because they were a Black string band at a time when record companies wouldn’t record such a band. (Black musicians were essentially barred from recording string band music and their recordings were segregated into “race records” which we mention above.) Murphy Gribble’s banjo playing in this recording is especially notable as creative and exceptional three-finger picking. More resources on Black string band music is on our friend, spectacular musician, and labelmate Jake Blount’s website. More writing on Gribble, Lusk, and York in an article by Linda L. Henry here.

Speaking of divine picked banjo, Roscoe Holcomb of the town of Daisy in Perry County, Kentucky, sings this story, “Hills of Mexico.” Mike Seeger, at a performance at Holcomb’s nursing home in Hazard, Kentucky, said that what set him apart is “that he had that real drive, like he really meant it… he had real conviction to his playing, and of course he sing with that high voice, and he’d take a lot of those old mountain songs and make them real special.” Viv’s mom, Carol Elizabeth Jones, also sings this song on a recording with The Renegades.

Susie Goehring of Northeastern Ohio sings this heartbreaker on the great album by elusive string band Bigfoot. Rhys Jones plays some appropriately mournful fiddle lines under the vocal on the recording. We aren’t entirely sure where Susie learned it but Vivian sings a version from Sloan Matthews, recorded in Pecos, Texas, in 1942.

We also play in an old-time string band called The Onlies that Riley started with his friends Sami Braman and Leo Shannon when they were seven years old. Viv joined in 2017 after a chance meeting during the days between Centrum’s Voice Works and Fiddle Tunes workshops in Port Townsend, Washington. This track is sung by Leo on The Onlies newest record. We learned this version from the great Gaither Carlton.

There is something difficult about capturing the distinct energy of a string band on a recording. Often the best music happens late at night, far off in a field, and certainly never gets uploaded to Spotify. Here is a recorded instance of a band finding the center of the groove on one of the best fiddle tunes there is, “Cumberland Gap.” This recording is of the band The Humdingers with Brad Leftwich on the fiddle, Linda Higginbotham on the banjo uke, Bob Herring on guitar, Ray Alden on banjo, and Dirk Powell on bass.