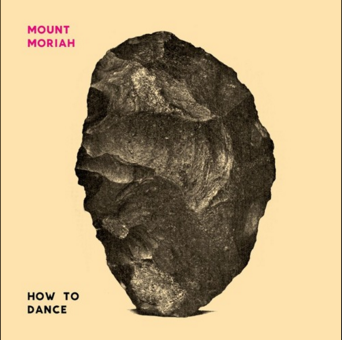 Beginning with their 2010 EP, The Letting Go, North Carolina's Mount Moriah has been a steady, subversive force in the state. The band's members have backgrounds in punk and heavy metal, but deliver sharp, twang-tinged rock music together as a unit. Heather McEntire, who fronts the outfit and writes the band's lyrics, pens moving songs that ache and soothe as she sings about heartache and redemption. A crucial part of Mount Moriah's songs has been the idea of a conflicting Southern identity: loving the place you call home, but sometimes clashing with dominant cultural politics or mindsets. The band transforms those sometimes ugly skirmishes into utterly stunning songs.

The band delivered two excellent records with 2011's Mount Moriah and 2013's Miracle Temple and, in February, their third LP will arrive via Merge Records. "Cardinal Cross," the first single from the forthcoming How to Dance, is a strong, scorching tune that ponders supernatural and astrological elements. Jenks Miller, who crafts most of Mount Moriah's intricate and intriguing guitar licks, explains that the song's theme is based on an astrological phenomenon called the Grand (or Cardinal) Cross, which represents the intersection of personality traits that seem to conflict with one another.

"There is a kind of pregnant tension in this pattern: What is experienced as a frustrating mental block or a grinding of gears can suddenly give way to a rush of insight, growth, or accomplishment. A semiotic study of the cross as a universal symbol positions human drama at the intersection of the physical and the spiritual; in light of this, the Cardinal Cross metaphor functions as a key that unlocks the meaning of our new record as a whole," he says.

"Previous Mount Moriah records have recounted personal challenges in resisting the repressive aspects of a conservative South that threaten unique identities. How to Dance adjusts the scale of this struggle from an individual/personal level to a universal/cosmological one. When we recognize our own pain in other individuals — in the shared history of humanity or in the mechanics of the universe as a whole — we can harness that insight and put it to work as a creative engine."

It's a lot to swallow for a song that clocks in just under three minutes, but bask in the band's chugging licks and ponder it all as you listen through it over and over again.