Mountain Heart: The Evolution of a Bluegrass Band 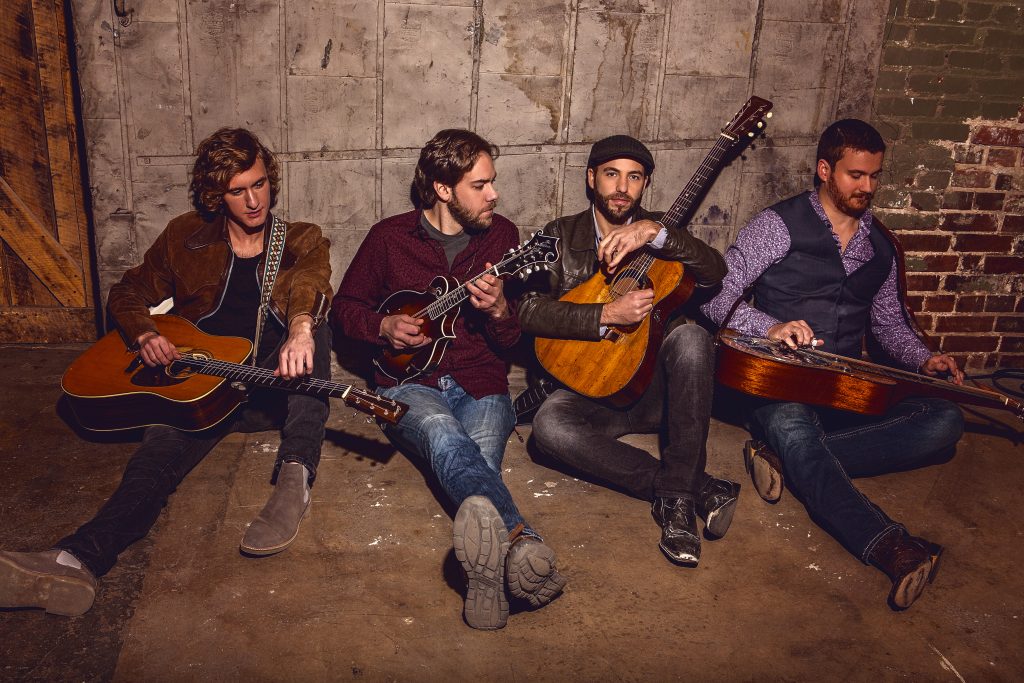 I met Josh Shilling on January 5, 2007, the afternoon of the day on which he’d later make his first appearance with Mountain Heart. On the Grand Ole Opry. Singing a song he’d written. At 23.

A lot has happened since then, but in the world of bluegrass, where one eye—at least—is always looking back, it’s worth looking back even further, because Mountain Heart had already been a hard-working, award-winning band for nearly a decade. I wrote the liner notes for their 1998 debut and I’d followed them ever since. When they invited me over to that pre-Opry rehearsal, I knew Mountain Heart as a ferociously talented band that knit together a diverse set of influences—diverse, that is, within a thoroughly bluegrass framework; a distillation and extension of important ‘90s musical trends carried forward and elaborated upon in a new decade.

It was obvious, though, that Josh was bringing something different to the band, even before he brought his piano—and as the years have passed, that’s become a central element. Some bands have different members pass through, yet retain a trademark sound; some keep the same personnel, but move from one sound to another. Mountain Heart has been unusual in that it’s done both—none of the founding members remain, and in many respects, neither does much of the original sound. Yet its evolution has been, if not preordained, organic and thoughtful, and a good chunk of the responsibility for that belongs to Josh, who’s both a musician’s musician and a performer who can connect with thousands at a time.

When we got together to talk about the group’s stunning new album, Soul Searching—the title track written by Shilling and the Infamous Stringdusters’ Jeremy Garrett—that passage of time was an obvious starting point.

You’ve been with Mountain Heart now for….

I’d say there are a lot of more recent fans of the band who see Mountain Heart as coming out of bluegrass, and so they assume that you came out of bluegrass as well. But you had a whole other thing going before you ever started with the band.

Yeah. I grew up at the foot of the Blue Ridge Mountains—I lived right up the street from (banjo player) Sammy Shelor, I was 45 minutes from the Doobie Shea studio with Tim Austin, Dan Tyminski, Ronnie Bowman—all those guys were up there. So I was around bluegrass, and my dad loved it, but I was drawn to the piano, and so I would always just sit at the piano and figure out simple songs. And then I was drawn to Ray Charles, the Allman Brothers, Leon Russell and people like that. That’s what really pulled me into music. When I started playing live, my first bands were country bands, and then little rock bands, and then all of a sudden, within a year or two, I was in a straight-up r&b band, singing Stevie Wonder and Ray Charles. So that was where I kind of homed in on my vocal style and chops, and learned a lot of chords and all that.

When you go to adding that to a band like Mountain Heart, it really opens things up. I’m sure it freaked some people out ten years ago, but these days, we’ve been yelled at enough, and now I feel like our crowd is way more diverse, and younger. One of the things that’s allowed the band to exist for 20 years this year is turning the pages, bringing new faces. When I joined, it was [fiddler] Jimmy VanCleve, and [mandolin player] Adam Steffey, and [bassist] Jason Moore, and then Aaron Ramsey came right after me, who is just one of the finest players alive. And then we’re talking [guitarist] Jake Stargel, Cory Walker, Molly Cherryholmes, and Seth Taylor and Jeff Partin, and on and on and on. We constantly get incredible players, and I feel like the songwriting’s getting better each record, and that’s what’s allowed us to keep doing it.

Looking at it from the outside, it seems like one of the things that Mountain Heart does is, it takes these great bluegrass musicians, and lets them play other stuff besides bluegrass.

Not only that, I’ve seen a lot of these guys kind of find themselves, and we nurture that. The current guys definitely don’t try to control the way a musician plays. When Seth Taylor joined the band, his guitar hung down to his knees, and he played way out over the hole, and it was the most unconventional, not-Tony Rice-looking guitar style I’d ever seen. But we didn’t try to change that, and he went from amazing to just a force of nature over the course of a couple of years. When I first met Aaron, he was staring at the floor; you could tell that in his brain there was a metronome going, and he was just chopping [mandolin], staring at the floor, and that was it. And within a year or two, this guy was a rock star—he was out front, he was the show. And he still is a huge part of the show.

I’ve seen the band be that for everybody—we don’t try to control anyone, and we definitely do push each other. It’s awesome, the way we all kind of piggyback off each other. And there’s a competitive edge, to keep up with each other, but there’s also a respect in that band. Even on a bad night, everyone’s like, “you’re my favorite.”

So we have parameters, but we push those. We kind of know how the song starts and how it ends, and we all know the main melody and the arrangement. Like with “Soul Searching” or “More Than I Am”—live, they might have a two minute intro. It allows us to be expressive each night. But at the same time, if we go play the Opry, we can simplify and just play a three-and-a-half minute version of that song.

How long did you guys work on this new record?

Between the writing and the A&R and thinking through general ideas, this project started several years ago. But Seth and I had played a lot of these tunes into voice memos for probably a year and a half, and they would develop a little each time. Songs like “Festival”—it was a really slow song, and we all liked the message, but it was never good enough to put on a record. And then one day I imagined the bass line being like “Day Tripper” or “Low Rider”—this really bass-centered groove. So we tried that, and everybody immediately said yes, this is gonna work perfect.

So there were lots of times when we’d meet and talk through the songs, and then eventually we booked the studio time and went to rehearsal. We ran through the songs for two days as a band—singing lead through a PA and everything. Recorded everything, found the tempos we liked, wrote the tempos down, wrote the keys down, made signature notes on what we knew we were going to grab, and what instruments, and if we were gonna have percussion or drums. And then we went into Compass and cut all eleven songs and all the lead vocals in three days. Pretty much everything I sang on there was live, to the point where, when we went in to edit, you couldn’t edit anything.

We cut all of the band’s parts in three days, and then we had Kenny Malone play some percussion, Scott Vestal came down and played some banjo, Ronnie Bowman sang harmony on one, [fiddle player] Stuart Duncan came in one day. And so essentially, it took about three years of A&R and talking, about three days of recording, and then we literally catered the last few days, got some drinks and watched our heroes play along with our tracks.

It’s a band-produced project; we did the art work—we took a stab at it with a couple of different artists, and could not land on what we wanted. And Seth actually drew this herringbone frame on a piece of paper, took a picture of it and sent it to my wife, Aleah, who’s a graphic designer and develops software, and she pulled it into Photoshop—and a lot of this was made on a cell phone. So we all took part in the entire design, from the photography to the design, to the A&R, the writing, the mixing. Garry West was involved for sure as co-producer, and Gordon [Hammond] did a great job of mixing, Gordon and Sean Sullivan tracked a lot of this stuff, Randy LeRoy did a great job mastering.

We’re talking about the next one already, but we may do it all ourselves next time—make it a point that every piece of this is gonna be put together by hand in some form or fashion. I think these days fans like that; they’d rather have…already, with a lot of our presales and a lot of our CD orders, we send out drawings and stuff. I think people really appreciate those things.