Music Venues May Not Survive COVID-19: Support the #SaveOurStages Campaign 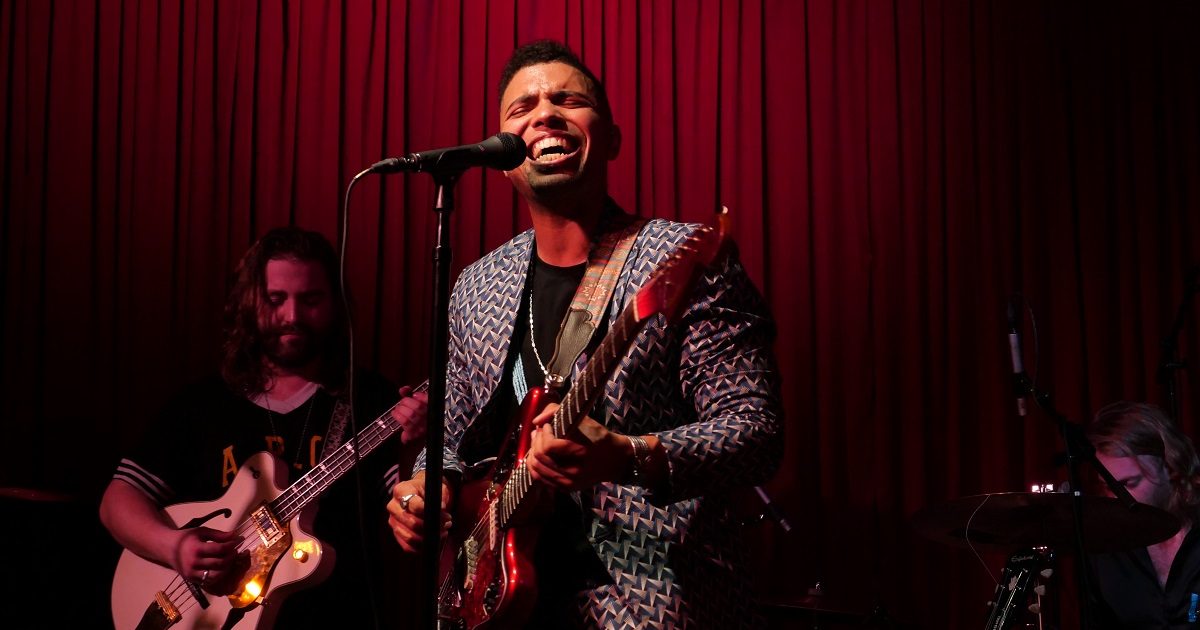 One of the most significant casualties of the new coronavirus may be the live music experience. By the time concert venues and local listening rooms are able to reopen — and nobody knows when that will be — it may be too late for a large majority of locally-owned clubs, who simply can’t afford months and months of bills without being able to generate revenue.

Gia Hughes, production manager of Hotel Café in Hollywood, California, is spreading the word about this dire situation to artists and fans through The National Independent Venue Association and its social media campaign, #saveourstages.

“Without proper support, the live independent music venues you know and love will close,” she says. “Historic institutions in their brick-and-mortar form will not be able to weather this storm. The stages that first provided homes for the Adeles, Katy Perrys, Hoziers, and Lumineers of the world will cease to be. It will take a group effort to survive, and independent venues need you now more than ever. Please support your local institutions, and help spread the word.”

Hughes spoke to BGS about NIVA, and what the shutdown means for grassroots artists as well as live music listeners.

BGS: Can you tell us about the formation of NIVA? How did you and the venue get involved?

Hughes: The National Independent Venue Association (NIVA) formed at the start of the COVID-19 and shelter-in-place orders. We joined without hesitation; we are stronger in numbers. While we have all been working together to flatten the curve and keep our staff and communities safe, we must look forward to how independent venues will financially survive this shutdown.

There are now over 1,600 members spanning all fifty states, and each day there are action points we all touch on to help spread the word of this cause. Independent venues are needing federal financial assistance that will help us see this through. With no — or very little — revenue coming in, 90% of independent venues don’t think they’ll be able to survive a shutdown of six months (or more) if they don’t receive help from the federal government.

Please take a minute to read this. Our beloved venues are obviously facing some dire circumstances. I know the club owners in this story, and I owe them a lot, as do all American music fans. https://t.co/S2SfN15ofa

How would the permanent closure of independent clubs affect the grassroots music community?

The ripple effect would be felt throughout the music industry internationally. I’ll use us as an example. We host up to ten artists (sometimes more) — consisting of both local and touring acts — per night between both of our stages. Oftentimes, we are a stop on a national tour, or we are showcasing up-and-coming acts to labels, managers, A&Rs, publishers, and more.

According to NIVA’s letter to Congress, “It is estimated that for every $1 spent on a ticket at small venues, a total of $12 in economic activity is generated within communities on restaurants, hotels, taxis, and retail establishments.” Local business and culture would lose a sizable source of revenue without our businesses bringing in patrons.

Independent music venues across the country are at risk of shutting down. Contact your senators and representatives and let them know you support @nivassoc. Find out more + visit the link in stories. #SaveOurStages

How many shows did you have to cancel / postpone in the wake of COVID restrictions?

Canceling or postponing shows also means canceling and postponing work for our employees, as well as for our vast network of session musicians. For us — we’ve had to cancel hundreds of shows, and counting. We book up to ten acts per night, split between both of our stages, and we’ve been closed for over two months now. Not to mention, we can’t book moving forward since we don’t know when or how we’ll be able to reopen.

For Los Angeles, thousands of shows have already been cancelled between venues like us, The Troubadour, The Bootleg, The Echo, The Satellite, and others. There’s no end in sight.

What can fans of live music do to help (outside of filling out the petition)?

The best thing fans of live music can do right now for independent venues is support them directly by contributing to their GoFundMe or benefit pages, buying tickets to future shows, and buying merch if it’s available. And make some noise via www.saveourstages.com, and share this information with your friends. The more eyes that are on this pressing issue, the more likely independent venues will be to get the support they need from the federal and state government.

Independent venues were the first to close, and they’ll be the last to reopen. Most of these venues across the US do not think they can reopen without help. We are asking Congress to provide @NIVAssoc with funding so that they can survive this pandemic. You can help. Go to SaveOurStages.com and take action by signing a letter to your local legislators urging them all to #SaveOurStages, supporting local rooms like @sectionlive, @pinecreeklodgemontana, @minglewoodhall and so many more independent venues that we love to perform in. ❤️ 📷 @benjaminavs (1-3) & @angelhendrixdesigns (4)

Operating a local music club is no small feat. What has kept you invested in the live music scene for all these years?

There is nothing like live music — nothing. When you see those rare shows with artists who you know have that something special, there is just nothing more wonderful than that. And when you get to advocate for them, and make sure their voices are heard, there are few things more gratifying.

The Hotel Café is also a rare anomaly in Los Angeles. We are the home of an actual community of artists and music fans. We’re a safe haven where people can connect with music, yes, but also with each other. Often times, people come by just to hang out with staff, or with fellow musicians, even if they don’t know who’s playing or who’s there; they know they’ll run into someone they know. Or they’ll come by to discover a new artist, because they know they’ll see an act no one knows yet, but will soon become a household name. Not to mention, you never know who might pop up on stage and surprise you. Our community and scene are so special, and I’m grateful to be a part of it, and I’m grateful to be able to champion the next great artists.