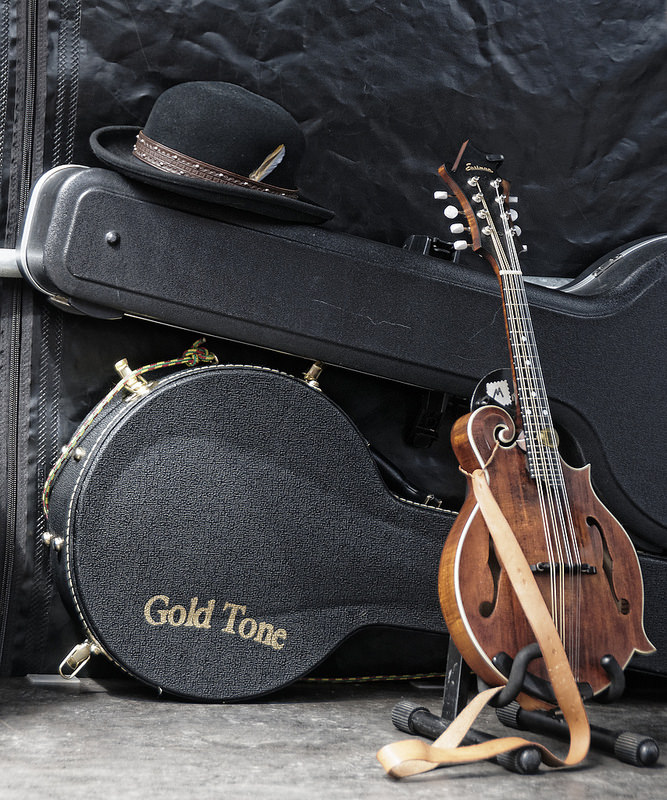 Ahead of this year’s annual gathering of bluegrass lovers at the IBMA’s World of Bluegrass festival in Raleigh, North Carolina, we asked some of our favorite players to recount a memory of their first time attending the illustrious event. Here’s what they told us:

“While my first IBMA was certainly exciting, driving roundtrip by myself from Boston for several days of nothing but jams and live music, it was my second IBMA that will always be my most memorable. It was a more formative, purposeful mission — my first trip there as an aspiring ‘professional musician,’ even though I wouldn’t necessarily describe my agenda as ‘professional.’ I had no formal engagements, no hotel reservation, no tickets, no real money to spare, and no worries about any of it. We were there to make music, meet new people, and tap into that magical, living art form that we all know as bluegrass.

The seeds of the Stringdusters had been planted, but we needed to find a few more players, and IBMA was the universal meeting place for anyone serious about the music. So when Travis Book sauntered off the elevator, no shoes and a backpack full of beer, we knew we had a good candidate on our hands. I also met Jeremy for the first time that year at IBMA, and it was definitely the first time that we five jammed together as a group, which was memorable, to say the least. That trip was a key part of the advent of the Infamous Stringdusters, which has become my passion and my life’s work.

Though our main purpose was to get a band going, we were also there as fans. I loved the sound. I was there to chase that passion, and just as important as meeting my bandmates was the ability to get that much closer to the music. I didn’t need a plan to know that making the pilgrimage to IBMA would be worth it, and it most certainly was, as there is no better place to connect with bluegrass.”

“I’ve been lucky enough to attend IBMA’s World of Bluegrass all my life. There are so many pictures of me as a baby and little kid running around Owensboro and Louisville. However, I didn’t really start making memories until the event came to Nashville in 2005. At that point, I was starting to get into playing music and discovering that there was more to WOB than just the hotel hallway jams. Thanks to Deanie Richardson and Kim Fox, I joined the Kids on Bluegrass program the following year, and my world opened up as I met these incredible young musicians like Molly Tuttle, AJ Lee, Cory & Jarrod Walker, Seth Taylor, Tyler White, and more. In fact, the majority of the folks I met during my Kids on Bluegrass tenure are still kicking ass across the bluegrass and acoustic music scenes today.

It has been such a joy over the past 10 years to watch so many other great musicians come through that program and find their groove in the musical world. I look at kids like Presley Barker and Giri Peters (who are way better than I ever thought of being at their age) and think that, without Kids on Bluegrass, those two might not have crossed paths for another decade. Of course, there will always be plenty of hallway jamming, exhibit hall perusing, and more hallway jamming, but one of my favorite World of Bluegrass memories will always be in the rehearsal rooms with those other musicians my age and thinking 1) I’ve found my people, and 2) Shit, I need to go home and practice!”

“The very first year I attended IBMA was in 2008. I believe it was called Fan Fest at the time, and it was still at the convention center in Nashville, Tennessee. I had been hanging out with a few friends through the day on the Friday of that weekend. I worked up an appetite from all of the jamming I had been doing, so I went up to the Quizno’s that was on the top floor of the convention center and got myself a sandwich. Lucky enough for me, as I was walking into the grand ballroom, the Lonesome River band was taking the stage. Being that I was very new to bluegrass, I had no idea what I was in for. I can vividly remember sitting in the very back row of the hall, enjoying my sandwich and the music.

The part of the story that stands out the most, though, is from the last song on their set. They ended with the song ‘Them Blues’ (still one of my favorite LRB songs to this day), and they were getting after it! The song got around to the second banjo break where Sammy hangs on the seven note for the first few measures, and I came unglued! I completely forgot that I had a sandwich sitting in my lap and, when I heard that break for what was the first time in my life, I couldn’t help but jump up out of my seat and holler as loud as a I could! I spilled my sandwich, chips, and coke all over the floor, and I don’t regret it one bit. That was one of the first times I really pictured myself on stage. I put myself in Sammy’s shoes and told myself that I wanted to make someone spill their sandwich one day.

Fast forward to 2017: Flatt Lonesome has won four IBMA awards, and we are nominated again for Vocal Group of the Year and Entertainer of the Year. I never would have dreamed, back in the days of spilling sandwiches, that I would share the stage with my heroes. IBMA has been invaluable for me as a young musician. IBMA is where my dream to play professionally was cultivated, and it’s where that very dream has come true.”

“My first IBMA was wonderful and bizarre and totally exciting and, at one point, I found myself playing a set with two of my biggest heroes. I ran into Peter Rowan at the breakfast of the Super 8 I was staying in, and he recognized me because I’d played fiddle for him once before up in Boston. He told me to come to his set later that day and play fiddle, and I thought it was odd that he hadn’t found a fiddler yet, but I was happy to show up and play, so I didn’t ask any questions. Then I got there and realized he did already have a fiddler and it was Michael Cleveland — one of my biggest fiddle heroes. That was my first time meeting Michael and, once I got over my initial terror of playing in front of him, playing fiddle on stage with him and Peter was one of the coolest moments I can remember from any IBMA I’ve been to.”

“I went to my first IBMA when I was nine years old, when I was invited to be part of the Kids on Bluegrass showcase. I had never been to a bluegrass festival of that size before — anything I had ever been to had been very small, local festivals. Seeing a crowd of 1,000 people would have seemed like more than 10,000 to me. I was so excited to see IIIrd Tyme Out; they were my favorite band at the time — they’re still one of my favorites — and Steve Dilling took me under his wing the whole week.

One night, he brought me up to a hotel suite to meet Earl Scruggs. I couldn’t believe I was getting to meet him! Earl wasn’t picking while I was up there, he was just hanging, but they had me get out my mandolin to play some for him. I had only been playing for about a year and I didn’t know a whole lot yet; I just knew a few fiddle tunes. At one point, I remember Earl asking me, ‘Can you play “Pike County Breakdown?”‘ And I said to him, ‘I don’t believe I’ve ever heard that one.’ I couldn’t believe Earl Scruggs had asked me to play a song I didn’t know so the first thing I did when I went back to my mandolin teacher was tell him the story. I said, ‘You’ve gotta teach it to me! Next time I see Earl I need to know this song.’ My teacher just said, ‘You know he wrote that, right?’ Needless to say, I was super embarrassed, but I learned it! That definitely got me into learning more and more fiddle tunes. I had to be ready the next time Earl asked what I knew!”