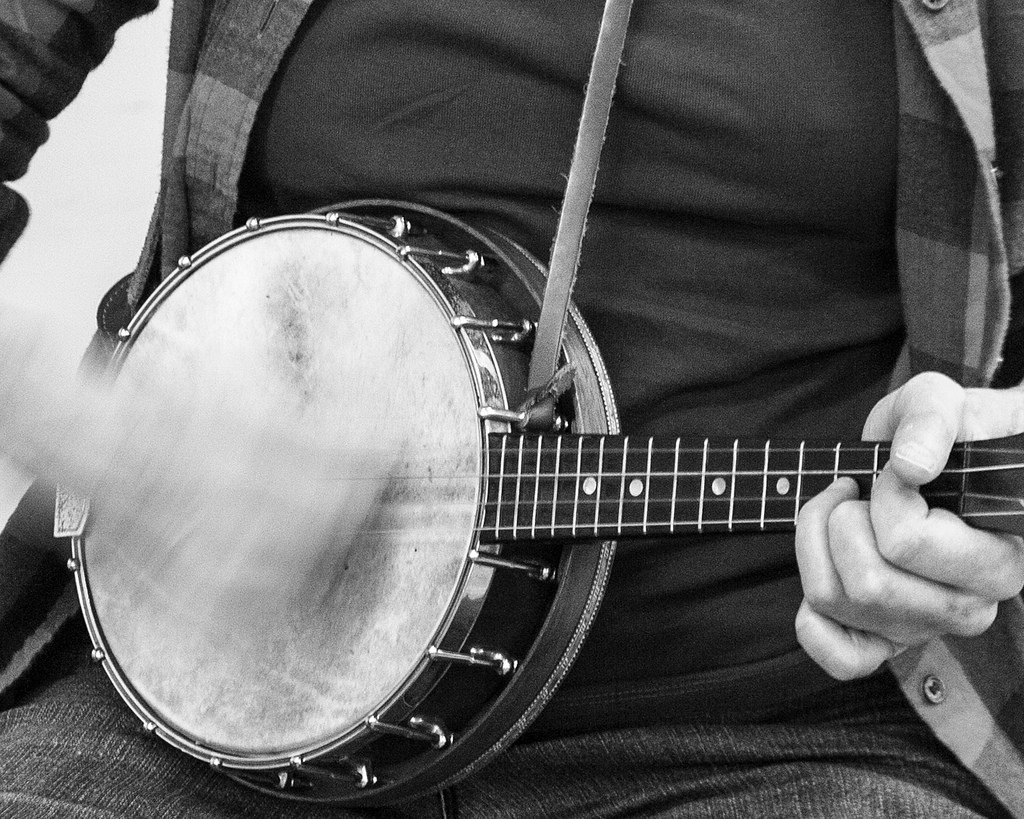 The banjo can be an intimidating instrument — listen to an Earl Scruggs tune and you may become convinced you need an extra set of hands to pull off those lightning-fast rolls and leads. Luckily, though, there are a number of resources out there for those of us not blessed with the natural musical ability of our bluegrass forefathers. One of those resources is the Complete 5-String Banjo Method series by Ned Luberecki.

Luberecki is a renowned banjo player known for his musical work with Chris Jones & the Night Drivers and for his contributions to SiriusXM’s Bluegrass Junction. He’s also a banjo teacher in Nashville, Tennessee, a gig that helped him hone the material that would become the Complete 5-String Banjo Method after he was tapped by Alfred Music Publishing to helm the project a couple years back. The series — which is broken into Beginning, Intermediate, and Mastering levels — is a crash-course in all things banjo, from learning those first rolls in the Beginner book to understanding the intricacies of classical music theory in the Mastering edition.

“I’ve been teaching banjo since the 1980s,” Luberecki says. “I’ve looked at all the other banjo methods that are out there and I’ve seen most of them. Of course I’m familiar with some of those written by my heroes in the banjo world, Pete Wernick and Tony Trischka and Alan Munde. For a long time, I’d thought about doing it not only because it seemed like another opportunity for me to have something out there, but also, the thing that took me so long was to try to come up with my own take on it. Because, you know, let’s face it, when it comes to beginning banjo, you have to start with the basics, which are how to play some forward rolls, how to play some chords, how to read tablature — the same stuff that’s going to be covered in anybody’s book. So it took years of teaching to come up with my own approach, to tailor things to the way I like to teach, as opposed to making it like everybody else’s."

It took Luberecki an entire year to translate that method to the page (and to the screen and speakers — each book also comes with audio and video components), describing the process as “a lot harder than [he] expected.”

“I played every single note in the book … and that was a long process,” he laughs.

And there were lots of notes. The series is a comprehensive look at not just banjo techniques, but at music theory and history as it pertains to the most important instrument in bluegrass.

“The Beginning book starts with the very basics for someone who has never picked up a banjo before,” Luberecki explains. Beginners will learn rolls, chords, melodies, reading tablature, and basic banjo maintenance before graduating to the Intermediate book, which prepares players for their very first jams and collaborations with other pickers and players. For the Mastering book, Luberecki looks past bluegrass. “I took the approach that the 5-string banjo is being used and accepted in music other than bluegrass,” he says. With that in mind, he introduces players to classical music theory and more advanced musical languages.

It’s a valuable resource for players of any level, one Luberecki would have enjoyed having access to back when he first picked up the banjo during his youth.

“Yeah, I didn’t have a DVD player, that’s for sure,” he says. “I started by taking lessons. I took from a banjo player from around the Annapolis, Maryland, area named Bob Tice. As a matter of fact, people who are familiar with the guitarist Jordan Tice, it’s his father. So I took banjo lessons from him and he started me out with a couple of different method books. I remember one of them that I used was the Pete Wernick bluegrass banjo book, which has been around for a very long time, and also, of course, the Earl Scruggs book, which is great because it had all of those arrangements of classic Earl Scruggs songs in it. So I started by taking lessons from him and from working through those couple of books.”

So, ready to pick up a banjo yet? Luberecki has a final piece of advice. “My biggest advice for anybody who wants to start learning to play the banjo is listen to lots of banjo music,” he says. “You’re never going to be effective at playing it if you don’t know what it’s supposed to sound like. So listen. Find the players that you really like the sound of, find the bands and music that you really like, and ingest as much of it as you can. And go see people play it. Not only does that give you a clue as to how people work with their hands, but it’s just inspiring to go see great live music."

Lede photo credit: Me in ME via Foter.com / CC BY