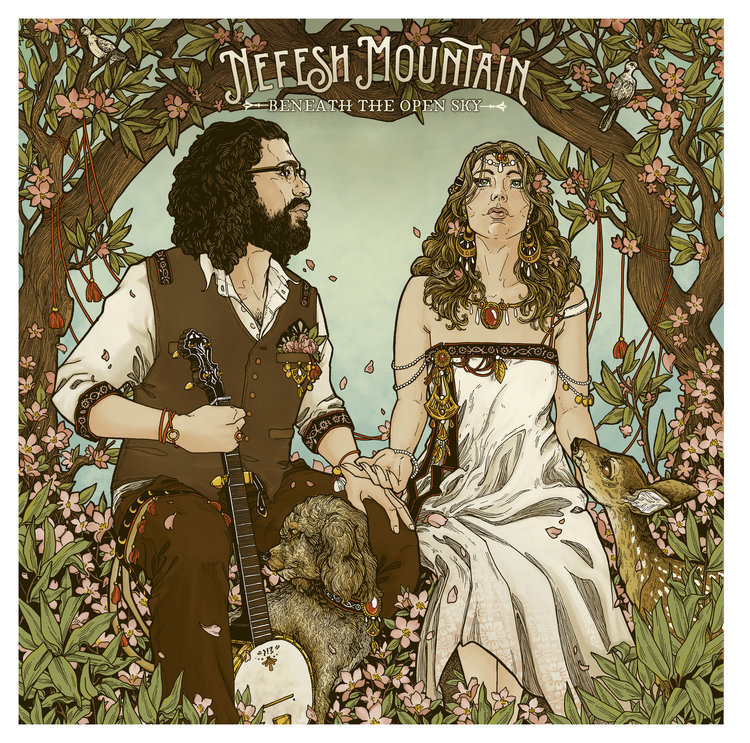 For forty years now the Station Inn has lurked in Nashville’s Gulch, carrying the bluegrass banner in a town with pop country and cover bands to spare, while condo high-rises, wine bars, rooftop lounges, and organic groceries have sprouted up around the small, unassuming stone club. On any given night of those forty long years a bluegrass fan or a nonchalant passerby could step through the door and expect the best in bluegrass and old, real country. Luckily for every roots music fan in the universe, that fact is still true — and will be for the foreseeable future.

What one would not, perhaps, expect upon entering the Station Inn is vocals sung in Hebrew, or bluegrass songs based on Jewish traditions and turns of phrase. But on a recent evening, these were the sounds wafting from that fabled stage, as Nefesh Mountain performed songs from their new album, Beneath the Open Sky. It’s not as though bluegrass as a genre isn’t already predicated upon subverting expectations — it’s arguably a core precept of the form — but an average Station Inn patron might still be surprised by the Jewish-infused, modern ‘grass of Eric Lindberg, Doni Zasloff, et. al. “Eretz’s Reel,” an instrumental off the new record, is a less overt example of their Jewish perspective, but brings in a transatlantic flair, Tony Trischka-esque melodic turns, and a potent dose of originality and imagination. On the record, bluegrass phenoms Sam Bush, Jerry Douglas, and David Grier lend their talents to the track, but live at the Station, Lindberg stands apart as the imagineer and linchpin of this stripped-down version of the tune.