Nomadic Impulses: A Conversation with the Dead Tongues’ Ryan Gustafson 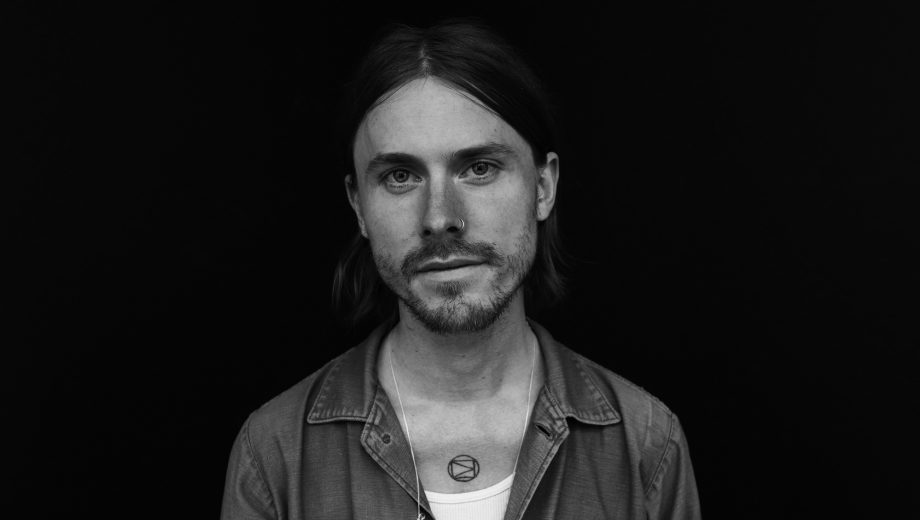 The road has always fueled the troubadour’s imagination, and it’s no different for the Dead Tongues’ Ryan Gustafson. Instead of using the road as inspiration for his eventual return to more stable writing environments, however, he used the ebb and flow of tour life with Hiss Golden Messenger to capture what he saw as he saw it. As such, the Asheville-based singer/songwriter’s new album, Unsung Passage, captures an orchestral folk sound that feels, in some ways, like a fever dream.

Through flutes and banjos, guitars and string sections, the Dead Tongues pay homage to the passage of folk before it. “Ebb and Flow” echoes a ceaseless locomotive quality that calls quietly to Uncle Dave Macon, while “Won’t Be Long” nods to Bob Dylan, in both vocals and rhythm, and “Pale November Dew” tips its hat to Van Morrison’s Astral Weeks.

Unsung Passage is a melodically dense and textually rich portrait of life’s messier moments, those times when expectations fail to achieve reality, or when the business of living feels closer to a Sisyphean task. But it’s not all moody contemplation. “My Other” looks through the shadows to see life as a strange, wondrous gift. “What is life if not a chance to get on that open floor and dance?” Gustafson sings. Since it was written on the road, themes of travel, movement, and change inform Unsung Passage’s overarching scope.

How would you say the rhythm of the road has influenced your musical rhythm?

Especially with the last few years touring almost non-stop, it’s a different pace than previous in my life, where I’d travel a lot but it was kind of random and just on my own beat as opposed to this scheduled momentum. It was really interesting to write within that. I wrote all of Unsung Passage within that period. It’s funny, I actually looked back on that time and tried to figure out when I wrote this album. I’m not sure. It happened in so many different spaces over so many different times that eventually I just had an album. It felt like it came from nowhere.

I have memories of writing it in so many different places, but it was definitely at a much more rapid pace. That was a new thing to get in the groove of. Tour life, it does agree with me, but it’s a much different lifestyle than I had experienced before even though I was used to traveling. That is partly getting used to being in hotels and these places that are kind of soulless and try to keep your soul alive.

I follow [Hiss Golden Messenger’s] M.C. Taylor on Instagram, and I saw that to celebrate the end of his tour last year, he invited a tattoo artist into the hotel. Were you part of that?

I was in the room, I was watching them. I have quite a few tattoos and for some reason I just…I hadn’t had one in a couple of years and I was like, “I’ve been feeling good not getting tattoos.”

I was only asking because you mentioned trying to bring a bit of soul to these soulless places, and that struck me as an interesting way to do that.

Yeah, that was a particularly good day off.

Since you wrote this across so many different spaces, what other specific U.S. or worldwide places influenced your sound?

Specifically, like “Giver,” I’ve listened to a lot of music from Laos and I think that influences me. Some of that Southeast Asian traditional music overlaps with old-time music in the States in a really cool way. I haven’t been to Laos yet, so it’s not a personal thing that I’ve picked up, but I’ve picked it up over the years of listening.

As far as all over the States, I definitely find inspiration musically and also within poetry. There’s a quality to the American experience as I can see it or portray it through my lens that I’m trying to capture and let out, and by looking at all things Americana that kind of opens up some different portals. I’ve been really into [poet] Frank Stanford’s writing; he’s a very Arkansas writer from the bayou area. He’d spend time on the river and write about it.

Also I’m trying to learn more about the Appalachian Mountains and spending time in this area has been very influential. I get really influenced by the landscapes and lifestyles that I encounter as much as I do through music, so it maybe filters itself through other things.

The Durham scene is notorious for breeding a certain kind of feel or spirit. Where do you think that comes from, and why do you feel it’s situated itself there specifically?

I’m not sure but there seems to be some connection between humidity and the music just as far as you get into the South and the groove gets funkier and funkier the closer you get to New Orleans. I think that there’s a lot of people in North Carolina who are here because they relate to that type of music and musical traditions, you know the Piedmont Blues. And also, where I am in Asheville, the mountains bring a whole other groove to it with old-time music. It could just be that if you’re really looking for that, you might not land in New York or L.A. It’d be easier to find that in North Carolina. In talks with M.C., that seems to be why he’s there. He was following it from California.

Unsung Passage is quite striking because of all the different textures you’re orchestrating. Once you wrote the album and you set about recording it, why did you want to expand it in that way?

I wanted it all to be really simple, and most of it turned out simple. It’s almost all tracked live, all the vocals and the music.

That’s wild for the sound you get. The layers feel so complex.

I’ve always loved flutes. I’ve been wanting to have an album with lots of flute on it for quite a while. That’s just been a long time coming, and I like having these songs, you know, the core of the song just being a pretty solid traditional song. It feels really at home for me to take that and try and give it some type of mystical mountain air on it. Bring a little bit of that vibe to it. I think that’s what sparked the idea of the instrumentation.

On “Clip Your Wings” some of the images really resonated with me as I’ve been a bit of a nomad these past few years. You sing about a “hungry ghost” and “walking the tightrope.” When does your sense of movement threaten to upend your sense of self?

I think that’s a really interesting way to read into that song. To me, that song is not necessarily written about myself, but oftentimes what I find is that years later I’ll hear them and see it as though I was actually writing about myself. That song is about these ways of movement and change, but in ways that ultimately end you or destroy you. It’s actually a hidden song to some extent about suicide. An old friend of mine…but I’ve found in almost all of my writing it ends up in many ways being a mirror of myself as well. So I’ll think about that. I like that question a lot.