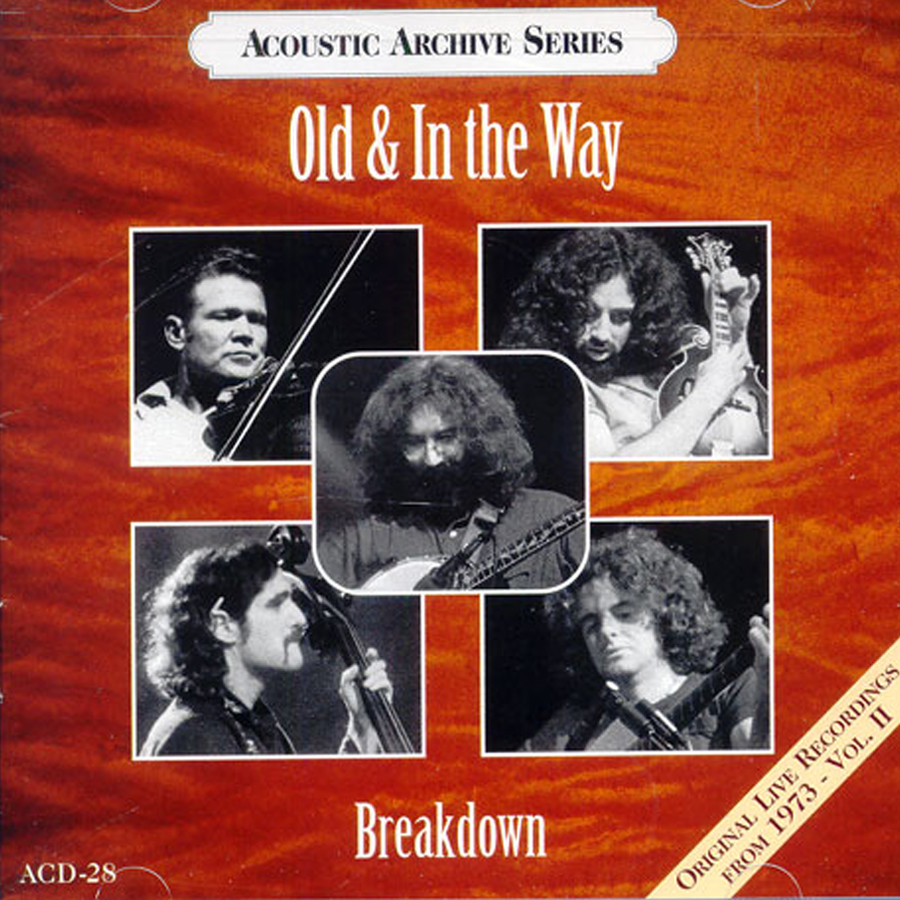 As a genre, bluegrass has always had outward-facing ambassadors — bands and musicians with platforms that enabled them to reach a wider audience than the usually insular ‘grass niche. The Dillards, as “the Darlings,” brought bluegrass to thousands of TV viewers on The Andy Griffith Show; the Nitty Gritty Dirt Band birthed an entire generation of fans with their iconic Will the Circle Be Unbroken album, showcasing the genre’s founders and heroes; Alison Krauss, with her wildly successful crossover-and-back career — she has won more Grammy Awards than any other woman ever — showed the masses that bluegrass can be aesthetic, understated, and artful without sacrificing its raw, rustic energy. It just takes a tiny taste, a glimpse behind the curtain, to hook outside listeners with that high lonesome sound.

In 1973, Jerry Garcia, David Grisman, Vassar Clements, Peter Rowan, and John Kahn coalesced as Old & In the Way, becoming one of the most influential bluegrass ambassador bands in the history of the music. Their eponymous debut record is widely regarded as the best-selling bluegrass album of all time — before the soundtrack for the infamous O Brother, Where Art Thou? surpassed it. Though Old & In the Way only lasted a year, their legacy lives on, extended and expanded through several live recordings. Released in 1997, Breakdown was recorded live at the Boarding House in San Francisco, California, by Owsley “Bear” Stanley in October 1973. The “Old & In the Way Breakdown” showcases that Garcia was not only a fan of old-time and bluegrass, but he had the chops, too, tearing it up on the five-wire. Budding bluegrass fans take note: We call this tune “Patty on the Turnpike,” too.

Join BGS as we celebrate Jerry Garcia’s songbook, from the Grateful Dead to Old & In the Way and beyond at the Theatre at the Ace Hotel in Los Angeles on March 30. With bluegrassers Sam Bush, Molly Tuttle, Billy Strings, Sean Watkins, and many more. Get your tickets for Jubilee: A Celebration of Jerry Garcia now.