Practicing What You Preach: A Conversation with Courtney Marie Andrews 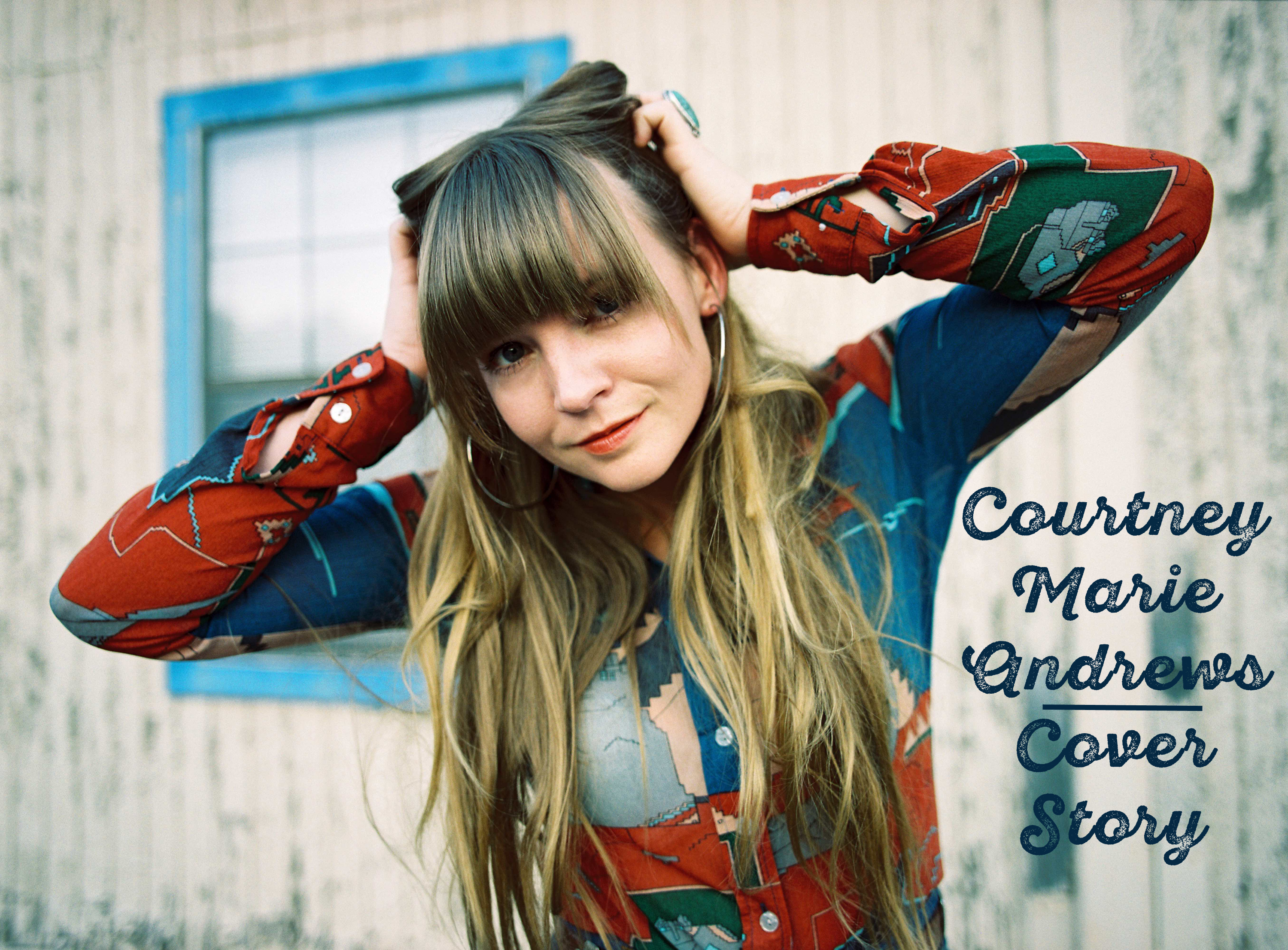 Courtney Marie Andrews has a wish for the world, as large swaths of it hold tight to the isolating practice that is hatred: Be kind. It’s a simple thought, but a complex action, and the inspiration behind Andrews’ new album, May Your Kindness Remain. The title track — like “Irene” from her 2016 breakthrough album, Honest Life — is advice-heavy, but the central tenet is an important one. Bad things will continue to upend your life. Don’t just stay strong in the face of it, stay kind. To emphasize that point, Andrews interlaces her new album with new influences, namely soul, gospel, and blues. As a result, the song resounds like the culmination of an especially fiery sermon — an organ accentuates the folk-rock through-line, while a choir backs Andrews’ expansive vocals.

Where Honest Life found Andrews reckoning with the sacrifices she’d made to pursue her craft, May Your Kindness Remain broadens that vantage point. Andrews culls perspectives from those she met on the road — a place where she has spent the majority of her time since she began touring, nigh on a decade ago — interlacing new characters, settings, and experiences under the umbrella of her voice. The ballad-esque “Rough Around the Edges” puts a name to a feeling — as minimal as malaise, as maximal as depression — that often exists in the shadows, while “Border” reminds listeners to withhold judgment and extend empathy instead. Andrews also pushes her vocal limits, stretching her voice to gospel’s high altar on “May Your Kindness Remain,” and returning it to earth on the sequined-stage country affair “Kindness of Strangers.” Preaching the gospel of kindness may seem like a departure from Honest Life, but Andrews proves there’s much to be gained from stepping outside her supposed stylistic lane. Her emotive voice and illustrative lyricism make her a necessary minister in these modern times.

Depression is a huge topic right now, especially in light of issues like gun control and the opioid crisis, but it continues to carry a stigma. How do we move beyond that kind of shaming?

I think it starts with talking about the issue and also just being open about it. I feel like, of course, there are a lot of things that need to change within the government, like aiding these sorts of things and taking it seriously. People talk about it a lot, but nobody actually makes any changes toward putting money toward research facilities to help guide those problems. My grandmother committed suicide, and the reason that she did is because it was around the time when she was basically a guinea pig for mental illness.

Oh, wow. Was she in and out of a lot of facilities?

Yeah, exactly, and they were giving her way too many pills and shock treatment and that sort of thing. I look at the path which we’ve come from, and it’s gotten better, but it’s been so long. It’s been 40 or 50 years since that happened — we really haven’t made any improvements. I mean we have, it’s just been small. It’s not very much for that long of a period.

Definitely. There’s still a persistent problem of patients not seeming to understand their own bodies. Not to criticize all doctors, but patients still seem to lack authoritative subjectivity over their experience.

Yeah, or that it’s not real because it’s hard to measure, if you can’t see it or feel it, and so many doctors — I, as well, don’t want to criticize all doctors — don’t have the time to really explore what’s the matter. I think it’s multiple things that need to change. Just day to day, one of the themes of the record — kindness, that sort of thing — I feel everybody is capable of changing, but also there are larger obstacles that lie within medicinal fields and the government, as well.

Absolutely. “Rough Around the Edges” is such a powerful way to put it, but it also peels back that layer of otherness. Where did that phrase come from?

That song definitely came from that phrase. When I was bartending a couple years ago, I saw a couple guys at the bar that are these old-timer type guys and not always appropriate, and I thought, “You know, they’re kind of just rough around the edges.” It was that lightbulb moment where I was just like, “Oh man, that is a perfect way to describe somebody who isn’t perfect and maybe knows it sometimes and wants to explain it to their partner.” It is sort of a way of describing depression, as well.

Right, and as you were saying earlier, since it’s so hard to properly convey this experience to someone, it creates a picture that gets us closer to a stronger level of communication.

There was an element of journalism that came to mind with this album — it was mainly the idea that you are reporting from the front lines, so to speak. It got me thinking about whether songwriting could be a new form of journalism by sharing stories that aren’t being covered or circulated in the mainstream press and, in turn, helping us build empathy toward difference.

Especially with this record, I feel like I grabbed from many different stories, and, yeah, it is sort of like journalism. I think songwriters are empathizers for the world, and sometimes a songwriter offers insight and empathy that maybe somebody who is a journalist might not achieve just because they’re trying to get a story as tried and true as possible. They need a story to grasp readers, whereas songs need a feeling to grab listeners. At the end of the day, I guess I’m a short story writer.

You produced your last album because you said you couldn’t find anybody you could trust. What led you to Mark Howard, besides the fact that he’s worked with all the greats?

Well, that’s what sort of led me to him. I kept seeing his name on records that I loved. I actually had booked some time in the studio that I did Honest Life in, and I just had this gut-wrenching feeling — I went in there two months before we were supposed to record in the studio and I was supposed to produce again — and we made a song, and I was just like, “This is cool, but this isn’t what I want.” My whole purpose, as an artist, is to completely explore and shake things up, and I didn’t get into this to have a formula, a 9-to-5 thing, where I’m like, “This is the sound that is me now, and I’m going to do this every time,” which some people might not like. Change scares them.

Anyway, I was driving in a car with my manager listening to, I think it was World Without Tears by Lucinda Williams, and I was like, “I wonder who produced this.” I saw it was Mark Howard, and we sent him a message, and the next day he replied and, all of a sudden, we were making a record in L.A. I like his non-traditional way of working. It’s very inspired. It’s not very thought-out. Most of the stuff you hear on the record is us playing live in a room without a click. It’s us facing each other. We wanted to create a vibe and a mood, and I didn’t want to make Honest Life 2.0.

You mentioned doing some vocal stretching for this project. What kind of soul or gospel singers inspired you?

I’ve always had those influences. I’m a huge fan of Aretha Franklin, Odetta, and blues singers like Big Mama Thornton, and those ‘70s records that have gospel singers on them. I just never used those influences. I was also going to a blues bar in Seattle where they never had a singer, so I started singing for them because it was fun to use my voice that way. I was naturally interested in using my voice that way.

There’s a definite gospel foundation running throughout the album. How do you think that genre, especially, serves as a call for change?

Well, gospel is rooted in belief in something. I’ve always really connected with the music, even though I’m not religious, by any means. It’s like the gospel of being kind, you know? That’s sort of how I look at it. I guess the gospel of human connection. It’s the lesson I was taught as a kid, and sort of like any gospel, you’re always trying to get back to it.

Lastly, I absolutely adore your song “I’ve Hurt Worse.” I think it’s one of the best “love” songs I’ve heard in some time. Where did it originate?

It’s one of those messed up love songs, I guess. A lot of my family members have a knack for choosing the worst partners, and it’s a sort of sarcastic song. It’s just like, you’re so bad at choosing partners, I’ve hurt worse that I’ll choose you because you’re better than the rest, but you’re still kind of bad.

Right, the element of settling runs throughout it, but it’s not even a bargain.

Unfortunately, it’s almost a self-loathing song. You love who you think you deserve. Well, you don’t feel you deserve much, obviously, because you’re going for these people who are terrible partners. I always wanted to write a funny … I feel like so many people just revert to sad and, as great as sad is, I like to add other elements of the human psyche.

Through the Lens of American Music, Rhiannon Giddens Tells Her Story

Cover StorySep 16
In a Time of Fear, We Banjo 3 Make a Brave Statement on 'Open the Road' 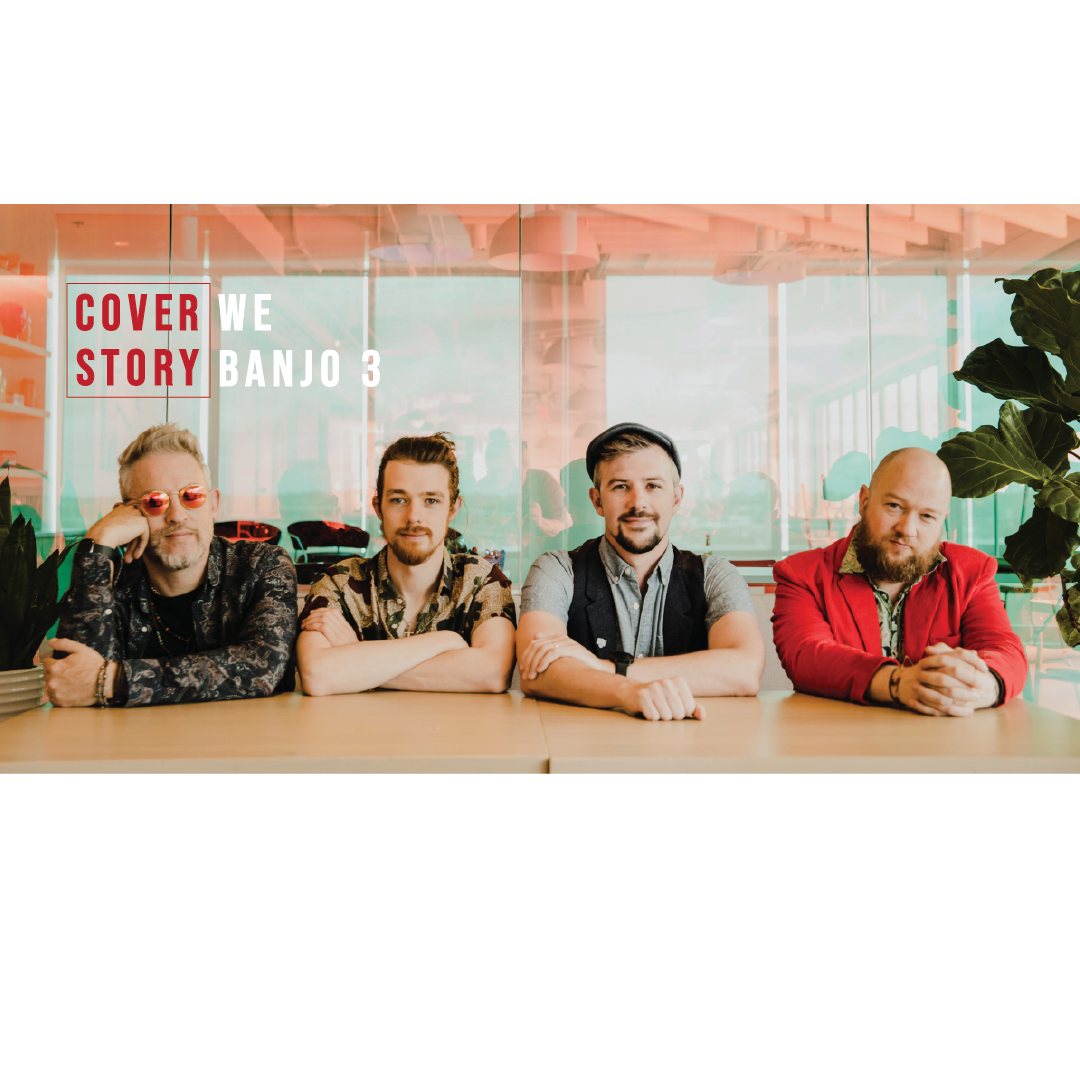 Cover StoryJul 15
On a Gorgeous New Album, Leyla McCalla Weaves Haiti's History With Her Own 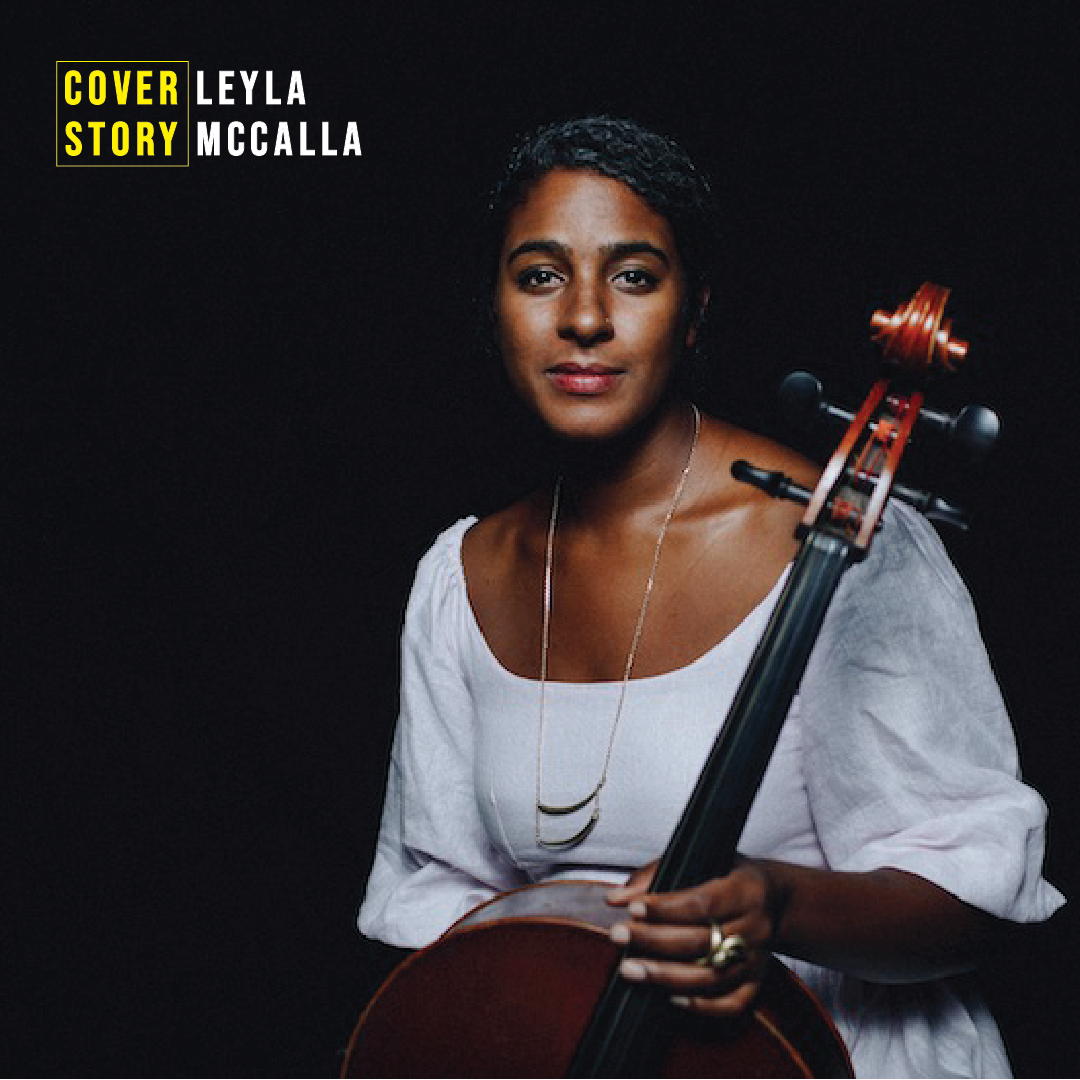