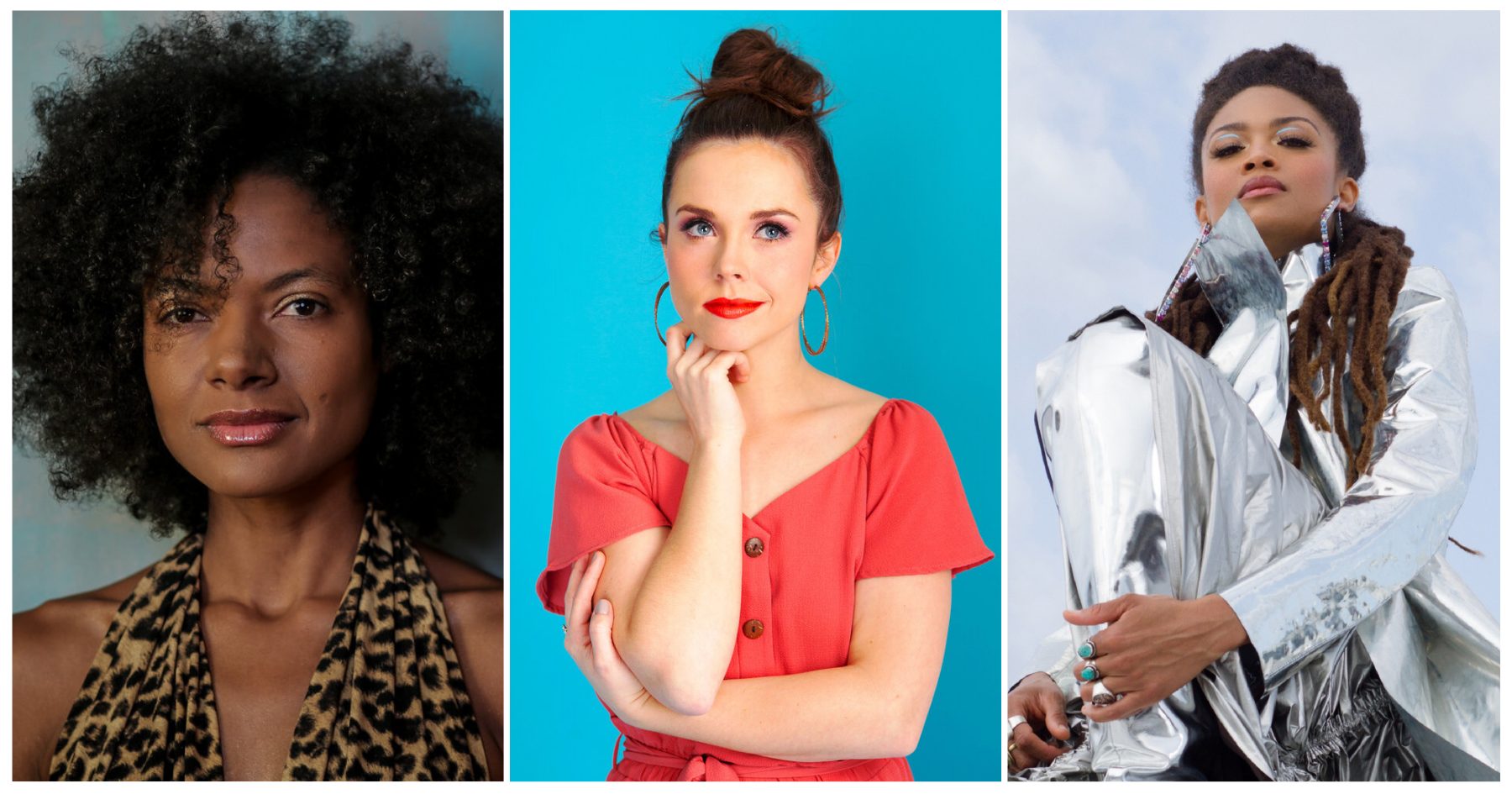 Welcome to the BGS Radio Hour! Since 2017, the show has been a weekly recap of all the great music, new and old, featured on BGS. This week we’ve got new releases from so many amazing artists on the roots scene today, from Luke Combs to Langhorne Slim to Sierra Hull! Remember to check back every Monday for a new episode of the BGS Radio Hour.

Luke Combs, of country radio stardom, teams up with bluegrass-favorite Billy Strings this week for a new single. “The Great Divide” was written by the duo for Combs’s bluegrass album, one that he hasn’t completed yet. However, both artists agreed that the time to release this song was now, attempting to shine a light of hope in this tough time.

Allison Russell – “By Your Side”

Singer/frontwoman of the Birds of Chicago, Montréal-based Allison Russell brings this Sade cover to the show this week. What she calls an “endlessly expansive and inclusive song of love,” this song brings comfort to Russell – as it does to us, as well.

Jaelee Roberts – “Something You Didn’t Count On”

Nashville-based Jaelee Roberts is one of the quickest rising stars in bluegrass music. Her first single on Mountain Home Music Company, an original song co-written with Theo MacMillan (of Theo and Brenna), brings big promises of more great music to come.

A 5+5 guest this week is none other than Jim Olsen, president of Massachusetts record label Signature Sounds. Celebrating 25 years of the label, and the so many great artists presented by it, Olsen brings us the Golden Age playlist – which includes this jam from Twisted Pine.

Kentucky-based Dale Ann Bradley brought us a new album this weekend! While you may remember her from former BGS Artist of the Month Sister Sadie – an all-female bluegrass supergroup – Bradley is stepping away from the band in 2021 to celebrate this new solo album, just one of so many in her extensive catalog.

“Glory Demon” comes from Brewers Dictionary of Phrase and Fable. “It means war,” Matheson tells BGS. But, this is an anti-war song from the Scottish artist, one about how we never learn and life just keeps endlessly repeating itself.

The Black Pumas are our February Artist of the Month here at BGS! You may recognize them from the Biden inauguration, where they performed this song from their 2019 self-titled album. Stayed tuned all month long, where we’ll be featuring exclusive content on the Black Pumas!

This week on The Show On The Road podcast brings us a conversation with Sean Scolnick – known mostly by his alter-ego, Langhorne Slim. Host Z. Lupetin caught up with Slim to talk about his new album, Strawberry Mansion, creative funk, mental health, and more.

FRETLAND – “Could Have Loved You”

From Snohomish, Washington, Hillary Grace Fretland (of FRETLAND) catches up with BGS this week on a 5+5 segment – that is 5 questions, 5 songs. We talked favorite memories from being on stage, influences, and songwriting techniques.

From her upcoming The Moon and the Stars: Prescriptions for Dreamers, Valerie June brings us this song that she dedicates to us all. Produced by June and Jack Splash – whose resume includes Kendrick Lamar, Alicia Keys, and John Legend – this album makes it clear to June why she makes music.

Nashville-based fiddler Mike Barnett brings us this Bill Monroe twist-up from his upcoming duets album, +1. The record was slated for a fall 2020 release, until Barnett suffered from an unexpected brain hemmorage. After multiple successful surgeries, he is doing well and recovering in extensive rehab where he is reconnecting his brain and fingers. So in listening to this piece of amazing music, let’s all send our best wishes to Mike Barnett and his family. You can support Mike Barnett’s recovery here.

Sierra Hull – “King of Anything (Live)”

From last year’s Whiskey Sour Happy Hour, this week we’re featuring Sierra Hull’s performance of this Sara Bareilles pop-hit. The Nashville-based singer and songwriter just released Weighted Mind (The Original Sessions), an EP made up of the demos for her 2016 release, Weighted Mind.

“Time traveled on a superhighway,” Chicago-based singer and songwriter tells BGS of the world before the pandemic, “but since March, we’ve all been in a traffic jam.” David McMillin of the group suggests that getting a break from all that movement is actually a good thing, however. This song is all about hitting that pause button.

The Jon Stickley Trio is one of the most exciting instrumental, “jamgrass” groups on the scene today. Made up of drums, flatpick guitar, and fiddle, they continue to push the boundaries of instrumental roots music, while being a festival favorite across the nation. This week, they bring us this new single on Organic Records.

At the end of the Show On The Road podcast episode with Langhorne, he graced us with a performance of this song, accompanied by his cat, Mr. Beautiful. What better way to end this week’s show?