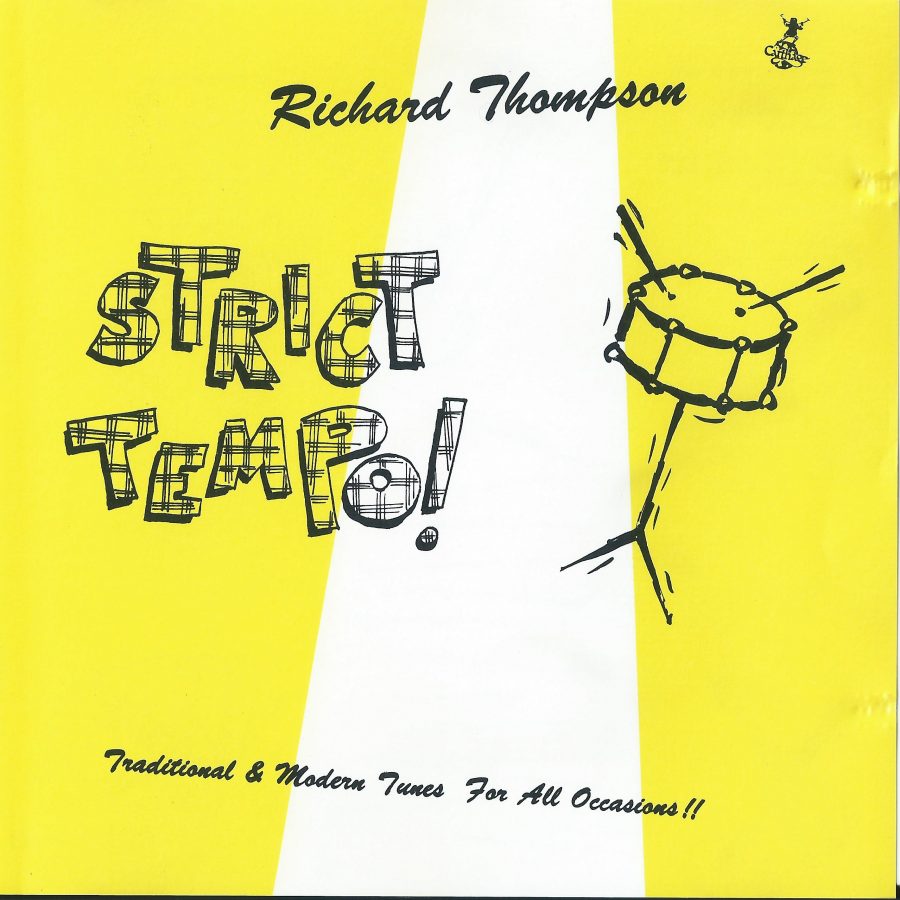 Our artist of the month, iconic English folk rock singer, songwriter, and multi-instrumentalist Richard Thompson, is well known for his literary, poetic, and evocative songsmithery. His decades-long career and international recognition were built not only on the deft timelessness of his pen, but on his instrumental chops as well, his ease and aplomb on the guitar paving a clear, direct path of delivery for his lyrics with a strong sense of personality and melodic identity.

We would be remiss, in our month-long celebration of the man and his brand new album, 13 Rivers, if we didn’t dive deep into his discography to showcase his six-string prowess. On his 1981 release, Strict Tempo!, Thompson tracked 12 traditional songs and tune sets and one original number, playing every single instrument on every single tune himself (except the drums). In a modern context, and juxtaposed against 13 Rivers, the record is a beautiful retrospective that showcases the fundamental building blocks of Thompson’s musical worldview: traditional Irish, Scottish, and English tunes played by folk instruments, in live-sounding, raw contexts that let the tunes themselves — and Thompson’s fleet fingers — shine. “Banish Misfortune,” a traditional Irish tune also known as “The Stoat That Ate Me Sandals” and myriad other names, stands out. Thompson allows the jig’s lazy lilt to gently pull his fingerstyle rendition of the late 1800s melody forward, while he embellishes with that classic Irish guitar flair, a dash of Thompson whimsy in every note.

There’s a compelling argument to be made here, that having this sort of “institutional knowledge,” an understanding, appreciation, and working vocabulary of the folk art forms that gave rise to our current genres and formats, is directly correlated to an artist’s longevity and their ability to connect, musically, on a much deeper level — of course, that could just be the magic of Richard Thompson himself.