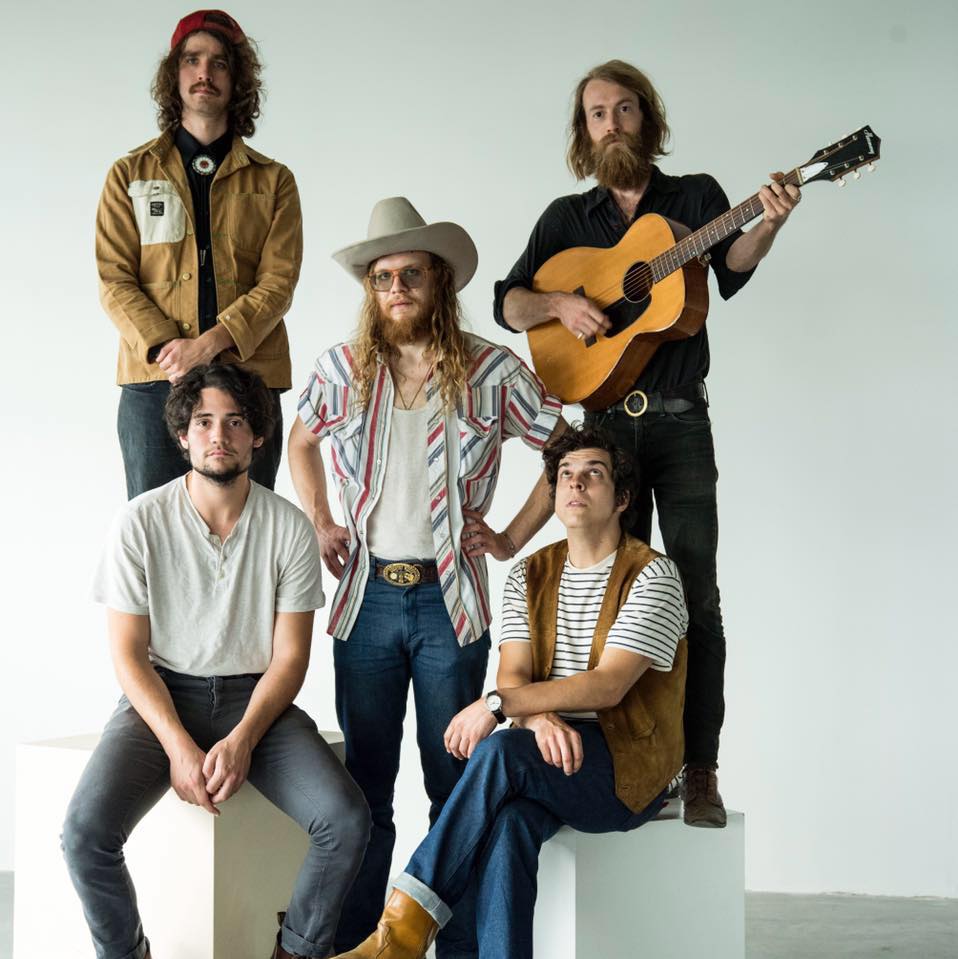 Pizza: Sally's Apizza in New Haven, Connecticut. We got in right before the original owners sold the place. We can assume the Apizza just wasn't the same after it changed hands. We took down the whole pie at a brisk but not quite shameful pace and, as we were climbing back in the van, several members were heard saying, "That was the best pizza I've ever had." Bold claims, Sally's backed it up.

Truck Stop: Czech Stop. Nothing says SXSW like a 13-hour haul to West, Texas, for Czech Stop's sweet and savory kolaches. We were so excited to fill our empty stomachs with said treats last year that we almost backed our van over John Moreland while trying to peel into a parking spot. Either he failed to notice how close our vehicle came to barreling over him or he was walking through the parking lot high on kolaches and just wasn't phased. Either way, we're really sorry for our reckless behavior and promise to be more cautious next year.

Coffeehouse: Any place in Portland or Seattle that looks like they take coffee real serious. We don't get that thick-ass, syrup-ass mud in Tennessee, so whenever we make it out to the Northwest, we grab everything we can.

Dive Bar: The Brass Rail in Ft. Wayne, Indiana. Where do I even start? The Brass Rail is not only one of the best dive bars, but it's also one of the best venues in America — a real bastion of culture and the center of a scene. From what I can tell, everyone in Ft. Wayne that's artistically inclined will end up at the Brass Rail on any given night of the week. It's just where people go. Whether that be the poet/comedian "Nitwit" who gave us his CD filled with aggressively filthy limericks interspersed with smooth '70s rock and banjo scrags, or Ben, the tambourine-wielding "front man" of Heaven's Gateway drugs, rarely seen without his pinstriped tights on. They're all there, they all want to hang. Because everyone heads there anyway, there's always been an audience for us, even when nobody had any clue who we were. This place sells more PBR than anywhere else in the Midwest. That's not hyperbole; that's what the owner stated as fact. It's probably because they serve it in 32 oz mason jars for $2. We played here on one of our first tours when we could barely get on a house show. Our friend got us on the bill and we had such weird, wonderful time that we've made it a stop ever since. One time, there was a party after the show where he made dozens of pork chop sandwiches nobody ate. One time, Grant pulled on the back door so hard he ripped the handle clean off. When he brought it up to the bar, ashamed, the bartender gave him a smile, a laugh, and another PBR. This place rules. John Ross rules. You should go to the Brass Rail.

Record Store: Ragged Records in Davenport, Iowa. One of the best used collections I've seen. They've got tons of obscure and/or hard to find records in the rock 'n roll, psychedelic, and folk regions. One of the few places I've found that will actually have copies of the classics behind the name placard, not just Kinks '80s records or four copies of Bob Dylan's Saved. There's also a great vintage store in the same building called Trash Can Annie's, great stop all around

Bookstore: There was a spot right next to House of TARG in Ottawa where I found Ficciones by Jorge Luis Borges. I'd been looking for that for a long time and could never find it anywhere in the States. Great used collection, but because they had Borges, it sticks out in my mind.

Happy Thanksgiving, from our family to yours! Today we're thankful for our friends & family, domestic partners and our team – @hamptonhowerton, @decorp, Kent, @hhover, @thirtytigers, @parker_cason – thank you for everything you've done for us from the bottom of our hearts!

Gear Shop: Heyday Music in Asheville, North Carolina, has some great stuff. Mostly vintage and weird, great amps and an eclectic guitar and vintage keyboard collection. It’s also right next to a great record store and the Moog Synthesizer factory. You can definitely spend some time on that stretch, especially if any member of your party takes interest in head shops, as they are plentiful in Asheville

Backstage Hang: Saturn in Birmingham, Alabama. We're actually headed to play the Saturn tonight as I write this. Best green room we've ever been seen. There's a pool table, record player, ample sleeping space where bands can crash after the show, stocked fridge, and just all-around great hangs. The owners have toured a lot and they really know how to make a band comfortable on the road.

Highway Stretch: The finger of Idaho a little east of Couer D'Alene on I-90. The road winds around a giant lake passing through beautiful, deciduous tree covered mountains. We love taking time to drive on Highway 1 and going through Snoqualmie Pass in Washington, stick out. Too many to name, we really get into the scenery.

Day Off Activity: We like to play disc golf, when we remember to bring the discs in the van. Camping has also become something we aim for on days off, especially when we're out West. In September, we showed up at a park in the middle of the night and all the campsites were full so we parked at the end of the camping area and laid our sleeping bags out under the stars. We didn't notice the flags and spray paint on the ground, but quickly realized we were sleeping in the middle of a cross country race course when throngs of middle school kids came running by.

Tour Hobby: We always try to hit vintage shops, record shops, and bookstores, if we have time to kill. We also get into going to parks. We spend portions of time coming up with alliterative names for coffee, specific to location (I.e. Montana mud, Seattle syrup, etc.)

Driving Album: Marquee Moon by Television. I feel like this changes a lot. Bookends by Simon and Garfunkel was one for a while.