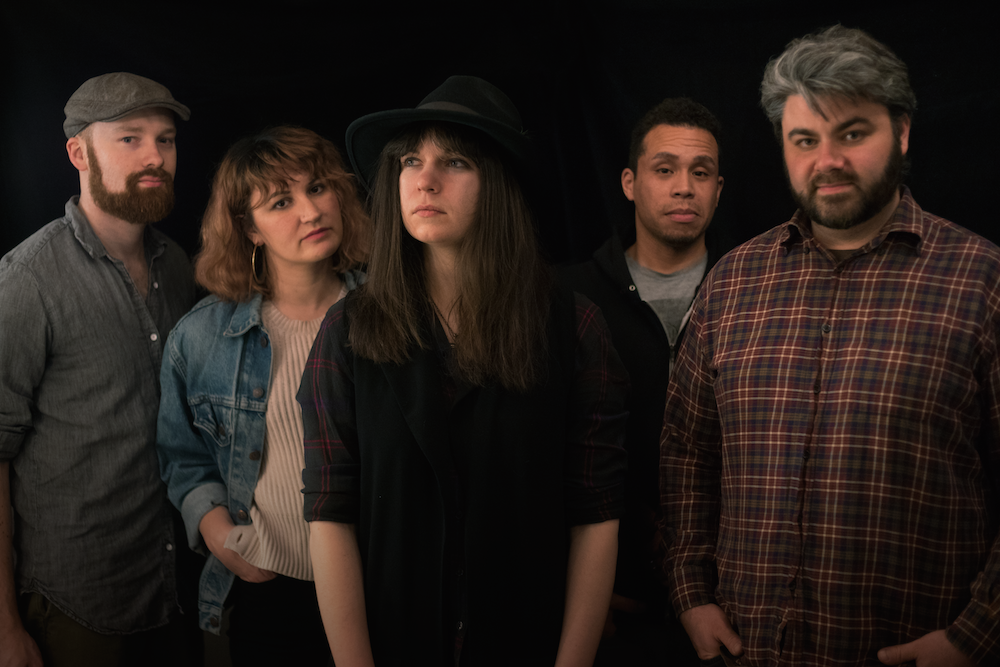 Burger: Milwaukee is Beer City. There is a buzz about the place, as if the entire town just pounded three rounds and is onto the next. Where there is beer, there are burgers; and we found a mind-blowingly good one at Sobelman's Pub 'N Grill. Friends of ours ordered something called "The Beast" — a huge bloody mary with an entire chicken sticking out of it, which also includes an additional four beers to chase it all with. We were intrigued, so we went there for dinner and we were not disappointed. We got a round of brews and burgers, all of which was beyond perfection. We highly recommend.

Backstage Hang: By far, our favorite backstage hang is at Codfish Hollow in Maquoketa, Iowa, which is an amazing barn-turned-venue out amongst the cornfields of the Midwest. Underneath the barn where the main stage is, there's a gated green room area. There's a beautiful spread of food prepared by the barn's owner, Tiffany Costello Biehl, drinks as per the bands' requests, and a couch made out of hay stacks. The hospitality extends to Tiffany's house slightly away from the show area, where she welcomes all the bands to hang out, rest up, shower up … whatever they need. In addition to the farm animals milling about, there's also artwork to be seen all over the vast property. It was a really friendly, fun, engaging environment, and by far the best "backstage hang" we've ever experienced.

Tourist Attractions: Two things here: Colin, our drummer, has been a life-long dedicated Chicago Bulls fan. He was one of those 10-year-olds who was not from Chicago, but became obsessed with Michael Jordan in his prime and has never turned his back on the team since. But for all of his travels to and from Chicago throughout the years, Colin had never seen the statue of MJ that sits outside of the United Center where the Bulls play. So our pilgrimage to the Michael Jordan statue stands out in our minds as one of the better tourist attractions we've been to.

We also visited the Mars Cheese Castle in Wisconsin on our way to Milwaukee. That place is ridiculous! Enough cheese for a nation of mice. At our show later that day, Renee mentioned over the microphone that we had stopped there. The audience was quick to tell us that it's a tourist trap and locals don't go there. We figured as much, but we maintain that we had fun and it is worth pulling over for, if you're from out of state and looking to stretch your legs and munch on some cheese curds.

Driving Album: This isn't an album as much as it is a mix or playlist, but we had one entire day that we dubbed "Lords of Synth" day — named after an Adult Swim special of the same name where they parody Vangelis, Wendy Carlos, and Giorgio Moroder. We started off with Vangelis, cranking "Titles" as we left Chicago and began our journey to the next gig. There's nothing like listening to the most epic music ever composed while you're waiting in a Wendy's parking lot. On the highway, we segued into some Wendy Carlos, and then the anchor leg, as we neared our destination, was Moroder. There was a twinkle in our keyboardist Dana's eye as new keyboard inspiration was settling in. Lords of Synth day was one for the books.

Day Off Activity: Laundry. You never know when something like laundry is going to get interesting. We were hurting for some clean clothes and found a random laundromat deep in the farmlands of Illinois. What we thought would be an innocuous stop ended up being an experience! We had some downtime as our clothes were flopping around in the laundry machines. Dana and Colin decided to play catch, while Renee decided to go to the back of the parking lot with her guitar and work on some songs. A man next door who happened to be mowing his lawn noticed Renee wearing her hat, as she always does. He stopped what he was doing and came up to the fence and asked her if she wanted some hats of his that didn't fit anymore. He then brought back two beautiful cowboy hats, boxes and all. We were all amazed, confused, grateful. We resumed playing catch and guitar as some laundromat regulars filtered in. They were a little perplexed by the "music in the parking lot" and asked Renee to come inside to play for them. She played them some Willie Nelson and Townes Van Zandt songs, an impromptu concert in the laundromat! Then the owner of the joint took us next door to her house, where she gave us vegetables from her garden to take with us on the road. Unbelievable. These are the kinds of beautiful, unexpected moments that only happen on tour. Cheers to the Holiday Laundromat in Moline, Illinois!

Also: Hiking. Seems obvious, if not a little mundane. "It's our day off, let's take a walk!" Some of the most memorable experiences we've had on tour have been breaking out our walking boots and hitting the trails — be it in Racine, Iowa, in the cliffs above Lake Michigan, by the flowing waters of Shohola Falls, Pennsylvania, or amongst the saguaros of Tuscon, Arizona. After spending so much time in bars and the van, getting out into nature and going for a hike becomes particularly refreshing for both body and mind.

Car Game: We've got a couple of car games up our sleeves, but the highlight of this past run was a music trivia game that Colin brought. It was probably made in the mid-2000s but also dealt with trivia going back to the '60s. We all thought we were music gurus, but our bassist Rey won in a landslide. Although luck of the draw kept giving him throwaway questions like, "Who was the lead singer for The Doors?" he still showed an impressive range of knowledge from Extreme to Destiny's Child. This game also featured the game-show host excellence of our guitarist, Derril Sellers. He really had the timing down and brought some drama into each question. When you have nothing but time, in a van, these kinds of activities are crucial to stay sane.

Dive Bar: The Grub 'n Pub in West Branch, Iowa. We pulled into a Days Inn pretty late after one of our shows. As soon as we saw that there was a bar in the hotel, the mood instantly changed from "Let's have a ramen and go to bed" to "It's on!" Our whiskey neats were filled to the brim and dirt cheap to boot. We rocked the jukebox and mingled with the locals. One man called Chi Chi — we came to find out later that his name was really Todd — was particularly memorable. He spoke of his hardships and wore it on his face like a character from a Steinbeck novel. He also kicked our asses at pool. A few of the other patrons found out we're a band and were excited to come to the show the next day in nearby Iowa City. They didn't show up. We think maybe they forgot.

House Concert: Ca d'Zan House Concerts in Cambridge, Illinois. It's a really pleasant, homey environment with both an indoor and an outdoor space for the bands to play, depending on the event. The house belongs to John Taylor who once worked with Daytrotter. John moved out to the suburbs of Illinois to raise his two kids, as well as host shows on his front porch that he had built with the exclusive purpose of being a stage for his events. We had such a great and attentive audience the night we played and met so many cool people. It was a beautiful night there — one we won't forget.

Podcast: When playing music every night and listening to quite a bit of music driving around, it's nice to break it up with someone talking at you for a little bit via a podcast.  Marc Maron's WTF was is our most frequented. He gets such great guests and he's such a stellar interviewer. A few episodes to recommend are his talks with Werner Herzog, John C. Reilly, and Louis C.K. Maron has a brilliant way of both guiding the interview, and also knowing when to take a back seat and let the interviewee do the talking.

Highway Stretch: There's a stretch of road on Highway 20 approaching the historic town of Galena, Illinois, that is a breath of fresh air from the mostly flat, endless cornfields that encompasses the Midwest (within our experiences of it, at least), making it a memorable area of the highway to be on. It's still farm country, but it's hilly and scenic and beautiful. Lush green farmlands and pastures stretching for miles speckled with grazing cows here and there in the distance. It's just dying for some reverbed-out lap steel to be its soundtrack, wafting in the distance. It's also home to Blaum Bros. Distilling Company, which not only makes great whiskey, but also has Big Lebowski, Bill Murray, and Star Wars paraphernalia scattered about its bar like it was curated just for our band. That bit of road could easily be the backdrop for one of our songs. We were happy to come across it in our travels.