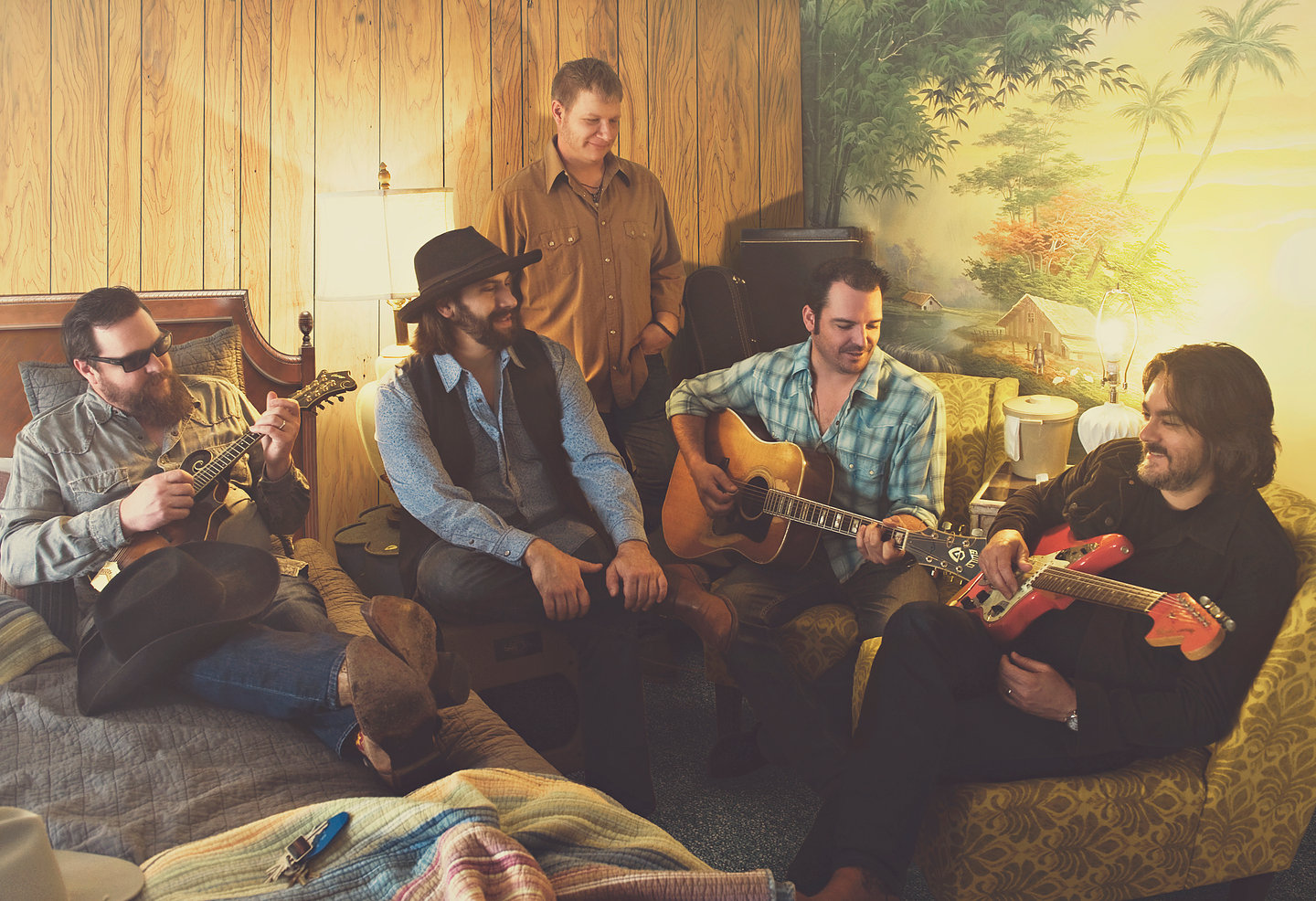 Tacos: Living in Austin, Texas, is like living in taco heaven. There’s a taco on every corner and you really can’t go wrong. We are currently involved in a breakfast taco war with San Antonio, which I believe we’re winning. They have some good tacos, too, but for my money, I’d have to say that Maudie’s has the best tacos in town, and if we’re gonna get specific, Pete's tantalizing breakfast tacos are the bomb. Flour tortillas filled with eggs, potatoes, cheese, sausage, and serrano peppers. They are already hotter than the fiery bowels of hell, but I like to put a little of their fantastic salsa on there, too … really ties the room together.

Burger: One of the greatest little greasy spoons in the world is a little dive called Brown’s Diner in Nashville, Tennessee. It’s a little café with about an eight- or 10-stool bar that’s usually filled with songwriters eating their world famous cheeseburgers and fries while washing it down with a Budweiser for $1.10. We’ve been known to log in some serious sessions there … the kind where you order a second cheeseburger a few hours later because you’re still there and smelling those burgers will get you every time. I’m pretty sure they’ve never cleaned the grill, which may be the secret to the success of the cheeseburger. The also have a world class jukebox, filled with classic country.

Record store: Bop Street, in Seattle, Washington. It used to be right next door to the Tractor Tavern where we almost always play. They’ve moved a few blocks away, but as far as I know, are still alive and well, which says a lot in this day and age. I was in there once looking for a British copy of Revolver and the owner asked me what I was looking for. I told him I didn't see one, and he took me down to the basement where he had what he estimated to be 750,000 albums and three full shelves of Beatles. He had about 20 copies of Revolver, and I picked one out. I bet he had several hundred Beatles albums, an instant stamp of approval in my book.

Book store: Kevin and Dustin Welch always told me about City Lights Bookstore in San Francisco. It was on my list for quite a while before I finally made it in and, since then, I don’t miss an opportunity to stop in when we’re in town. I was on a big Steinbeck kick a few years back and was having a hard time finding some of his lesser known works. City Lights had them all. I think I spent a couple hundred bucks on Steinbeck alone and then had to haul a huge bag of books all over town for the rest of the day, but it was worth it. I still don’t think I’ve read them all yet.

Backstage hang: Speaking of San Francisco, there is a festival there called Hardly Strictly Bluegrass that is our favorite backstage hang. The festival is put on by the Helman family and they treat the artists and fans like royalty. It’s free to the public and there are no corporate sponsors, so basically, it’s all about the music. The back stages are all set up with comfy couches, chairs, and everything you might want backstage. The staff is second to none and they aim to please. They also have artist-only pathways between stages so you can easily get from stage to stage to watch other bands or get someplace fast, if you need to jump up and jam with someone.

Gear shop: It’s called Austin Vintage Guitars. They have a huge collection of great old guitars and amps. They also have the best amp service in town and, for my money, the world. It’s the kind of place where, if you’re not in the market to buy anything, you better not go in, because there’s always a guitar or amp calling your name and making you re-evaluate your current financial situation: “Well, I guess I could sell the car, and do the kids really need new shoes?”

We've got a few more shows in #Texas before we head off to the #EastCoast. Wed, 10/12: @guerostacobar with @sunradiotx #TexasRadioLive Thursday, 10/13 #SunsetMotel Album Release Party at @TheSaxonPub Friday, 10/14 @hankstexas in McKinney Saturday, 10/16 at @backyardwaco Monday, 10/17 we will be doing a #free in-store at @WaterlooRecords brought to you by @ShinerBeer.

Listening room: There are some great listening rooms out there … but when someone says “listening room,” I immediately think of the Birchmere in Alexandria, Virginia. We played there with Robert Earl Keen a few times when Robert used to take us out on the East Coast with him when we were just getting our feet wet. They have a strict "no talking over the band" policy, and it was one of the first places I’ve ever seen people really listen like there was gonna be a test at the end of the show. It’s a beautiful room. I’ve heard a few people say things like, “I don’t like the Birchmere because they won’t even let you talk …” I’m always thinking, "Exactly."

Music Festival: I may be biased, but my favorite festival is one that my parents have been putting on since I can remember. The Braun Brothers' Reunion started in Stanley, Idaho, about 30 years ago and was held there on a flatbed stage at the scenic city park. We moved the fest to Challis, Idaho, about 15 years ago, and have built a permanent stage on the driving range at the local golf course. The driving range is a perfect natural amphitheater where fans spread their blankets, set up chairs and awnings. Kids will be rolling down the hill and tossing frisbees around while the music plays in the background. The views are incredible and the little town grows from about 800 to about 3,400 over the three-day weekend. Almost everyone camps out in RVs or tents since there are only a couple hundred rooms available, so there are all these little makeshift villages of people who return every year and reconnect with other music fans they’ve met there over the years. What started as a couple local bands playing to a couple hundred people from the back of a flatbed trailer has turned into a three-day event with acts like Chris Hillman, Alejandro Escovedo, Robert Earl Keen, and the Randy Rogers band. The list goes on and on … It’s a unique festival and we’re really proud of it!

Driving album: My favorite driving music lately is live Bruce Springsteen bootlegs. I have a place up in Idaho that’s exactly a four-hour drive from the airport to the front door, and my friend Dale is a big Boss fan so he always sends me Bruce bootlegs. Since he varies his set list so much and plays for almost four hours a night, one show will pretty much get me home, and another will get me back to the airport. It’s a great way to pass the time on a drive that I’d otherwise be getting pretty sick of.

Not a bad view from tonight's show at #LazyGators in Lake Ozark, MO!

Car game: Our favorite car game as kids was “Name That Tune.” The rules were simple: We’d crank up the radio and the first person to yell out the artist and song got a point for each, and a bonus point for getting both. If you guessed wrong, you lost a point. We also had what we called a lightning round, which was when dad would hit the scan button and it would stop on every station for about five or 10 seconds. You could really rack up the points during a lightning round. If dad was falling behind, he’d always stop on the oldies station for a few songs and kick our asses.

Dive bar: There are so many great dive bars out there that it’s hard to narrow it down to one favorite. I have my favorite one here in Austin, but I don’t want it overrun with hipsters, so I’ll tell you about another one … Mary’s Club in Portland, Oregon, is one of the best dives ever. It’s a little hole in the wall with cheap drinks, classic drunks, and great bartenders. It’s also the oldest topless bar in Oregon, but you’d hardly know it was a strip club except for the topless dancers who pick their own songs on the jukebox that’s on stage, and sometimes they have to borrow a buck from someone to get started. We’re not really big strip club guys, but in a world of great dives, this one is right up there … and there just happens to be a topless dancer in the corner.

Highway stretch: Of all the cool stretches of highway in America, I’d have to say the coolest and most breathtaking one is Route 1, or the Pacific Coast Highway, out in California. You’ve got the ocean on one side and hillsides on the other. You pass through Big Sur and a bunch of cool little overlooks along the way. It’s hard to keep your eyes on the road! I’ve written a lot of songs about the road and that stretch of highway has inspired a few of them. I camped out on a cliff overlooking the ocean for a few days one time and wrote songs. When I left, a guy pulled in with his camper and asked if he could take the spot when I left and that he had always tried to get that particular site for years and couldn't believe his luck. Since I was flying out, I gave him a few leftover bottles of good wine a friend in Carmel had given me. I thought he was going to cry. Pay it forward!