Sara Watkins Finds a Dreamy Rhythm With ‘Under the Pepper Tree’ 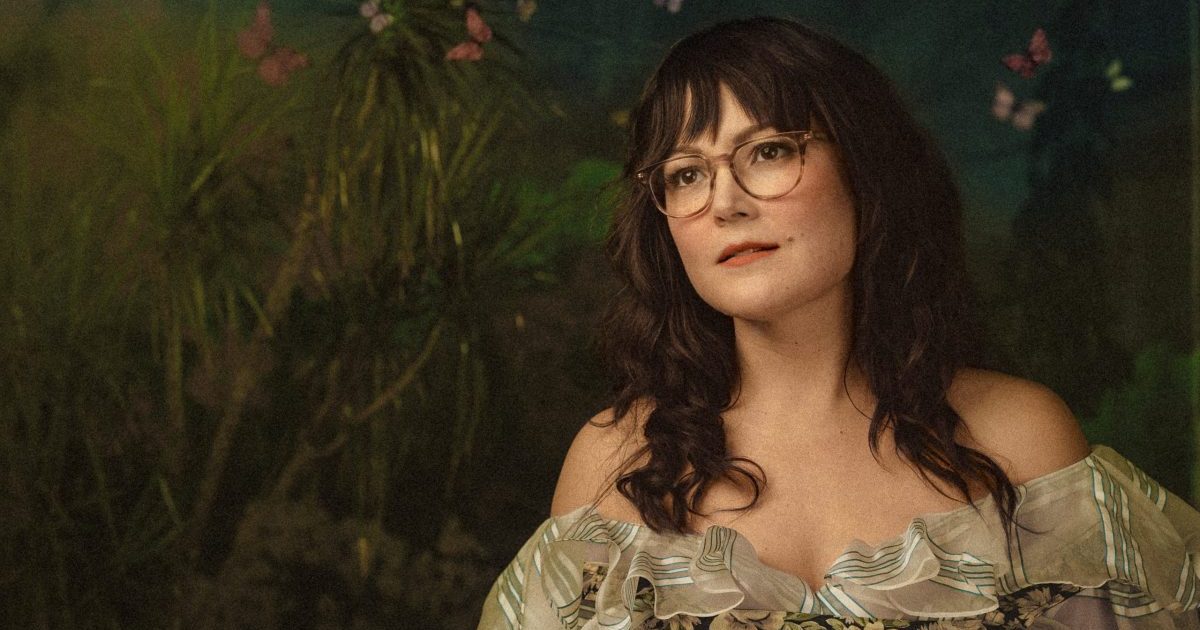 The Schinus molle — more commonly known as the California pepper tree — can grow up to 45 feet high and 50 feet wide, producing small yellow flowers and rose-colored berries, and bringing shade to everything within reach. For Nickel Creek originator Sara Watkins, the pepper tree brings about memories of family, youthful fun, and inspiration for her latest record, Under the Pepper Tree. Produced by Tyler Chester, the 15-song album is a personal project for Watkins, including songs from her own childhood alongside a few original compositions. Reuniting Nickel Creek, I’m With Her, and a range of guest performances, she tackles favorite songs such as “Pure Imagination” (from Willy Wonka and the Chocolate Factory) and “Blue Shadows on the Trail” (from The Three Amigos).

BGS caught up with Watkins from her California home to talk about the inspirations behind Under the Pepper Tree, and the experience of making a record like this during the COVID-19 pandemic.

BGS: Was the making of this album a different experience from those you’ve done in the past?

Watkins: Yeah, and not just because we did it during COVID. That was a huge appeal in working with Tyler Chester — he can play so many instruments so well. His musicality comes out on each instrument really well. Other than that, I knew early on that it would be necessary for the songs to weave together. As I was collecting these songs, realizing that so many of them are kind of dreamy and mellow, I wasn’t dealing with the typical balance of “up” songs, “down” songs, “sad” songs, “happy” songs, the way those things can affect the sequence of a normal album. Because of the nature of this material, a lot of the songs had a similar dreamy quality, so I thought by connecting them all, that would let the album kind of drift along, and hopefully sweep you up in a way that might not happen if they were all just 15 individual tracks.

Before going in to record the project, we did a bit of a practice swing, just to see how the sequence might work together. We made some changes to the sequence and adjusted the transitions accordingly, so that everything went together as well as possible. This is the first time I’ve sequenced an album before going in to record, and I really enjoyed the result and how it affected the process throughout. It’s definitely something I’m going to bring with me into my future projects, even if I don’t do it exactly the same way. I’m going to consider it very seriously before starting records.

How did getting to be home during the pandemic influence your day to day, and outlook on this album?

If affected it completely. I don’t think I would have made this record without the experience of just being home, and realizing that I needed some kind of rhythm, needed something that would tell me that today was passing. I’m new to being home, the way that all musicians are. That, combined with having a toddler now, was a new experience. The first couple years of being a mom I was on tour, and the rhythm of tour life is built into the work, the way that most people’s jobs provide a rhythm for their life. I think a lot of [musicians] were discovering that we needed to create those rhythms, by taking morning or evening walks around the neighborhood, by spending more time making meals or cooking, or doing whatever it is that helps cycle you in to the next part of the day.

I was digging through my old record collection, and I would listen to five a day, and decide whether or not I wanted to keep them or whether I was done with them. A big part of me creating Under the Pepper Tree with vinyl in mind was because of this wonderful freedom that it gave me to put on a record and not have to make a choice for a while. I could just listen to it and not have to worry what song came up in the algorithm next, or decide whether or not I wanted to skip ahead. That freedom of just making one choice and being able to go about the rest of the things that I needed to do, it felt really liberating, like a kindness that I could do to myself.

That also played into why I wanted to make this album with record listening in mind. It works great on digital too, but I imagined it being an A and B side. If you only listen to side A, you can get a full arc and it can send you into dreamland. And if you want to listen to it altogether, that’s another experience.

Like with Nickel Creek on “Blue Shadows on the Trail,” were any specific guests important to certain songs?

“Tumbling Tumbleweeds” with Aoife [O’Donovan] and [Sarah] Jarosz, my I’m With Her bandmates, was just as important, because I really wanted both of those bands on this record. I feel like this album in a lot of ways celebrates this time in my life, and the music that I grew up with. For me also, it was an incredible way to get those two bands together on an album, because they’re both so meaningful to me, and have played such huge roles in my life, and in my growth and development as a person, as a mom. So it was incredibly meaningful to get to have them on it.

All of the players on the record mean a lot to me, but I really also loved having Davíd Garza on this record, who is a dear friend. In particular, he plays this beautiful solo on “Moon River.” There’s a song on Emmylou Harris’ record Roses in the Snow when Willie Nelson comes in with a guitar solo, and then it sounds like he just goes away. When I first heard that record — I think it was in my early 20s — it was pretty informative to me about how a lot of times musicians can be known for one or two things, but they might not often get asked to just be a musician on somebody else’s record. I just love that [Harris] didn’t get Willie to sing on it, she got him to come in and play a guitar solo. That was really eye-opening for me, and changed the way I thought of playing with people.

On “Moon River,” I specifically had that moment in mind where Willie comes in and plays a solo and goes away, and so Davíd graciously agreed to be my Willie Nelson on this song, and he does a wonderful job.

Having a couple of original tunes on the record, what was your process behind writing something that incorporates naturally with these classic songs?

I felt like there should be a spot for fiddle on this record. I knew that I wanted to have an instrumental on here, and I knew that I wanted to write it. It was important to have a little break in the lyrics. It was great to expand my childhood story with the title of the [instrumental], “Under the Pepper Tree.” That has very personal weight to me. A lot of instrumental titles are pretty arbitrary in my experience, but this was an opportunity to share a little bit about my own childhood.

There’s a tree that I spent a lot of time growing up with, playing in and imagining in. There are several very important pepper trees in my life. One of them is at my aunt’s house, where my grandma used to live. There were two huge family reunions under that pepper tree. I just remember running around with my cousins, playing tag, listening to my aunt’s laugh, all that stuff. It’s a really beautiful thing, and I think that had a natural place on the album.

The other song [“Night Singing”] was a poem that I wrote, that eventually fell into a guitar part. Originally, I thought that this record would be a lullaby record, but my goal for the record changed. It was to make something a little more deeply transitional for people of all ages. But “Night Singing” is a true lullaby, for my daughter, for myself, and for my friends.

Do you have any specific plans you’re looking forward to taking on when we climb out of this pandemic?

This fall, my brother [Sean Watkins] and I are going to do some touring behind our Watkins Family Hour album brother sister, which came out a year ago now. We weren’t able to tour it, but a lot of the dates we had for last fall have been rescheduled for this fall, 2021. We have some dates on the books starting in August, which is kinda hard to believe! So this fall we’ll be able to do some in-person shows, and I’m really looking forward to it.

I feel very stopped up in terms of creativity, because we wrote the brother sister record, recorded it, and put it out, and haven’t really been able to celebrate it with an audience. Then I put together Under the Pepper Tree, recorded that, released it, and I haven’t been able to do shows for it. There’s been writing for other projects, but I honestly feel a little bit stopped up creatively. I think I just need to perform some of these songs, and get them out of my body, so that I can put more stuff in. As alienating as this whole thing has felt for us, and as isolating as it has been, there has been to some degree a shared experience, and the universality of that has been reassuring at times for me.

Sara and Sean Watkins, as Watkins Family Hour, are coming to Colorado in March 2022! Grab your tickets here.