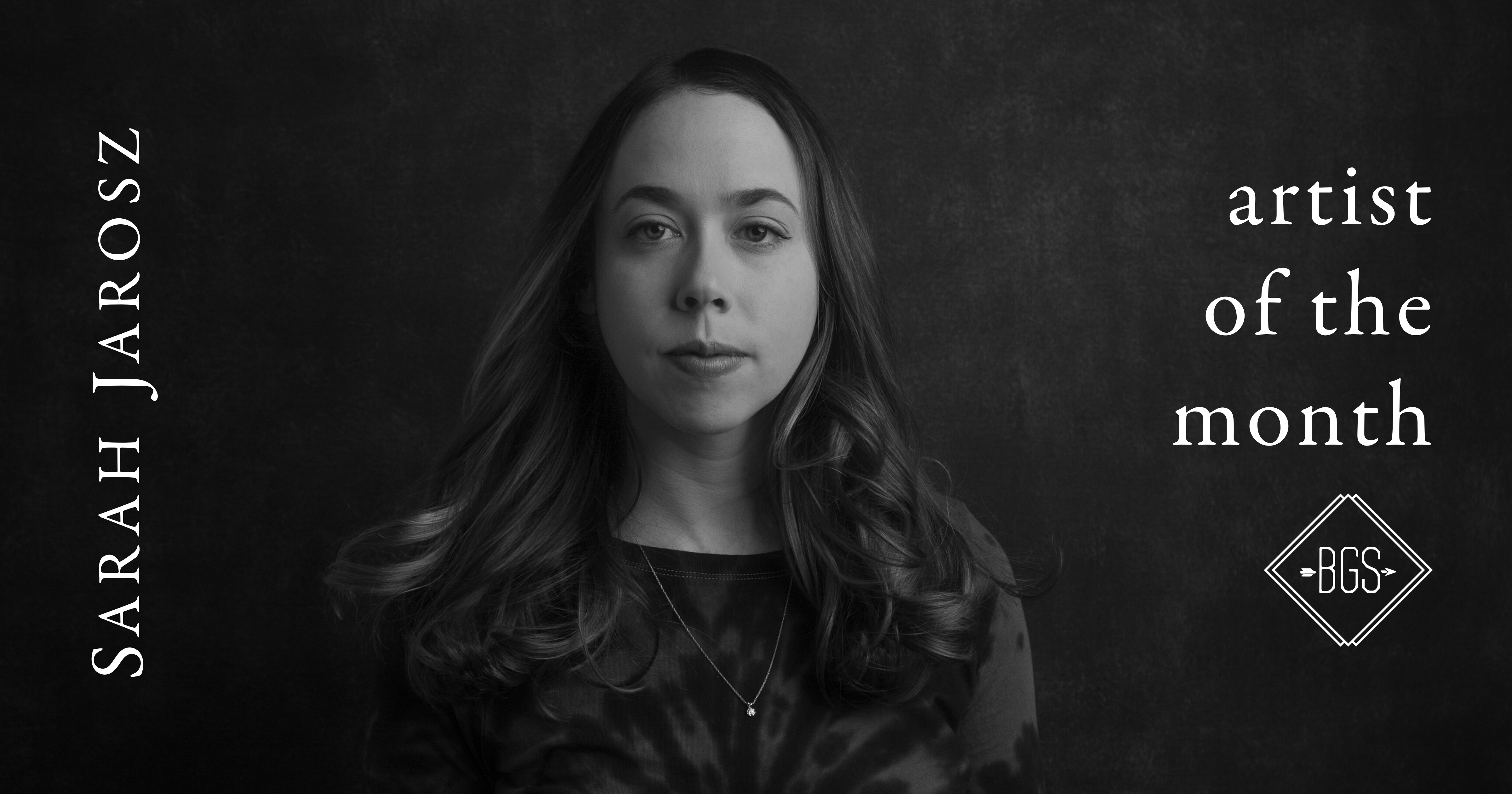 Wimberley isn’t just another “little Texas town” for Sarah Jarosz. It’s where she grew up, where she first fell in love with bluegrass, and where she found seeds of inspiration that grew into World on the Ground, her first album with producer John Leventhal and her fifth overall. From the sharp-eyed opener “Eve” to the quick-picking of closer “Little Satchel,” Jarosz gives voice to the stories of hometown life and the dreams that grow beyond it — a radically empathetic detour through her past that gives relatable depth to World on the Ground.

“Ultimately, if I’m being true to myself, if I’m moving myself within my music, then that’s the most that I can try to do as a songwriter,” she says. “That’s what has to be at the basis of any great song: a real feeling that you believe in more than anything. Even the songs where it’s written from another perspective, it’s still me in there, trying to inject what my beliefs are and what I am feeling at any given time, but in a poetic way that feels like you’re reading a story. That’s what so many great songwriters do and have done. I’m studying them and trying to honor them, but also be myself, just try to find that balance of honoring tradition and doing my own thing.”

In the second half of our two-part Artist of the Month interview, Jarosz reveals which Texas songwriters she turned to for guidance on this musical trip home, how to tackle a song about a small town, and more.

Editor’s Note: Read part one of our interview with BGS Artist of the Month Sarah Jarosz here.

The American small town is definitely well-trodden songwriting territory, and all the greats have returned to that endlessly inspirational well. Based on everything we’ve been talking about, you have different perspectives to explore, scenes to describe and a wealth of landscapes to uncover in that one place. What were you listening to when you were working on World on the Ground? Which artists did you turn to for inspiration?

Jarosz: I feel like in a way, the people I was listening to leading into this and during the recording process [were] a lot of what made me want to turn back to even writing about my Texas upbringing at all. When I was going into this, I think I had this moment. Sometimes as a writer I feel like, what should I write for the people who love my music? But I think it’s more important to say, what music do I love, and just get that zingy feeling from? How can I create that music myself? I want to write a song that I can sing and that I can believe in, because ultimately that’s all I can do.

Before John and I were locked in to work together, we met up in New York, and I played him a few ideas that I had lying around. From the get-go he was like, “Why don’t you try to change your approach and not necessarily write about your feelings and looking inward towards yourself? What if you tried to be more of a storyteller?” Just the simple act of him saying that, it changed my perspective a little bit. Simultaneously I was listening to all these Texas singer/songwriters. James McMurtry is one of my favorites of all time. I really did study his lyrics, because I think he’s one of the greatest in terms of creating these characters, but it doesn’t feel contrived — it’s like reading a novel in a song. Guy Clark, Nanci Griffith, Robert Earl Keen, Lyle Lovett — Shawn Colvin, obviously, her music was why I wanted to work with John in the first place.

I was realizing, OK, yes, so many other people have written about their hometowns — but I never have. When I started writing music as a high schooler, so much of the feeling when you’re that age is wanting to leave, writing about what you’re longing for and what’s not right in front of you. There is such a wealth of images and landscapes and memories that I have that are a part of who I am as a person, and I had never really taken the time to write about them. That’s what led to a lot of these songs. With that being said, it was never, “I want to make a concept record about my hometown.” I realized there were all these throughlines after all the songs were recorded and done.

What’s the most difficult, or moving, song for you to listen back to, or one that was hard to tackle when you were writing it?

“Maggie.” That one is based on a real person, and I don’t think that’s something that I’ve done before as a writer. Thankfully, she actually has written me since it’s been out and told me how moved she was by the song. It’s funny because there’s so much truth and honesty in a song like that, but then it’s also still being creative. The blue Ford Escape in “Maggie,” that was a car of my parents’, so it’s still songwriting and pulling images in from different inspirations but it’s not all necessary literal or the actual story.

It’s trying to pull symbols together in a way that makes the most meaning. That’s what I tried to do there. In a way, if that was the most difficult song for me to face, it’s actually turned out to be my favorite song on the record. I felt that way when we were recording it, that I was kind of hitting on something that I’ve always wanted to do and write about, but wasn’t quite ready for before. I think “Hometown” would be the other one that’s just very, very moving for me, even still, to sing — sometimes it’s hard for me to get through. Those two songs stand out in that way.

I think Undercurrent was a step towards wanting to just be me. The three albums prior to that were full of tons of guests on a lot of the songs. The way we made those, I would record my part, and Gary [Paczosa, who produced her first four albums] and I would invite so many of my heroes and musical friends in, and we’d just layer, layer, layer, layer with lots of different people. Undercurrent was the first album where I was like, no, this needs to be more truthful to me, and sound like that. There are four songs on that record that are literally just me and a guitar, no other instrumentation, no drums — I tried to keep things very small with that in an effort to start peeling away and finding out who I am as an artist and trying to convey that in a record format.

That felt like the beginning of that journey, and World on the Ground feels like I’m fully in that journey. I just feel like I believe in these songs more than I have in the past — nothing against my old songs, because the thing that means the most is when people say songs mean something to them, and moved them in hard and good times in their lives. I’m not trying to detract from that, but I really try to see these songs through in a lyrical way that I haven’t before. John was really key in helping me do that and trimming the fat and being really clear about what the purpose of each song, and the story that each song told. I believe in every single song so much. That’s a really kind of beautiful feeling. I’ve loved all of my records, but I haven’t felt it this strongly before.

What did World on the Ground teach you about yourself as a songwriter you didn’t already know?

It taught me that there’s always room to grow. Before I started writing this record, I had this sense of myself, where I was like, okay, these are the sorts of songs that I write, this is the vibe, and this felt like a departure from that. No matter how much you think you know or how much experience you have or whatever life has thrown your way, there’s just always more, and there’s always more to be discovered and learned. I think that was a beautiful lesson that this record taught me and sort of inspired me going forward. For me, it’s all about the songs — I think that’s also what I realized with this record. The music that I love, it all boils down to the song. That’s what I tried to focus on this time around.