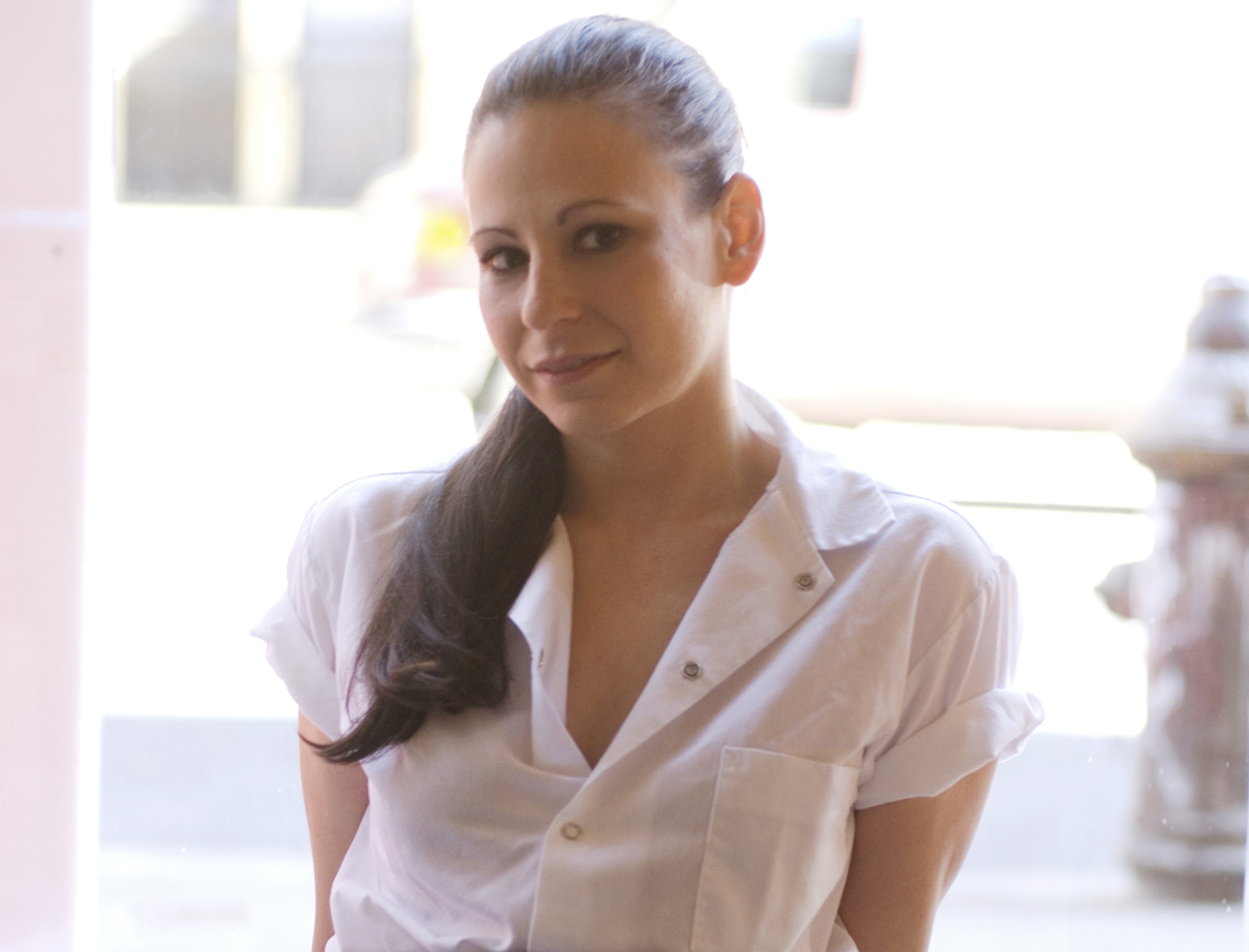 Amanda Cohen may be a vegetarian chef, but she crafts the kind of comfort-focused, belly-orgasming food that has equal appeal for omnivores, stoners, and Saveur readers. At Dirt Candy, her award-winning restaurant on New York City’s Lower East Side, the visionary veghead serves dishes that proudly defy traditional meat-free cuisine, such as Korean fried broccoli — rightfully described on the menu as “crack in broccoli form” — and hot lava stone-charred Brussels sprouts accented with Yucatan style spices shoehorned into lettuce cups with toppings like smoked avocado and pickled jalapeño to create tasty tacos. (You can tackle some of her recipes by picking up her comic book cookbook. Yes, you read that correctly — Dirt Candy: A Cookbook: Flavor-Forward Food from the Upstart New York City Vegetarian Restaurant.)

When it came time to create a soundtrack for her veg-centric eatery, Cohen had one goal. “I’ve wanted the restaurant to feel timeless and placeless,” she says. “You’re supposed to walk in and feel you’re on an island, in France or on a boat. You could be anywhere, anytime.”

To achieve that, the playlist is rich with globe-spanning world music, mostly of the happier, peppier variety. Cohen discovered many of the selections by listening to what New York cabbies were blasting, including tunes by Malian blues duo Amadou & Miriam and Argentinian ska band Los Fabulosos Cadillacs. The playlist is equally inspiring for the staff in the kitchen. “There are times when the restaurant is really crazy and the music makes us go a little faster,” she says.

Personally, Cohen’s tastes veer back to the '80s. Dolly Parton’s “Nine to Five” is a long-time favorite and she still holds a candle for some of the first singles she ever bought during the "Me Decade," including Cyndi Lauper’s “Girls Just Want to Have Fun,” Wham’s “Wake Me Up Before You Go-Go,” and Madonna’s “Like a Virgin.” (One of Cohen’s first concerts was the Material Girl world tour.)

Though she never had any muso crushes growing up — “No posters I kissed every day,” as she puts it — she has been overjoyed when some of her childhood favorites have dined at the restaurant. New Kids on the Block’s Jonathan Knight has been in. So has Boy George, who asked a clearly starstruck Cohen, “Do you want to take selfies together?” “Yes, yes I do,” she quickly replied.

That's Boy George!!!!!!#dreamsdocometrue (except in my dream I always imagined I'd be wearing an extra large off-the-shoulder neon t-shirt).

Unlike some other chefs, Cohen has no secret musical past — perhaps fronting a riot grrl band or playing bass in a garage rock trio. “I’m the least musical person, though I love listening to it,” she says. “I have no rhythm and I cannot sing. Actually, I love to sing, but I’m terrible at it.”

However, at the end of a long shift at Dirt Candy, Cohen has no interest in belting out a song or listening to an album to unwind. She craves nothing but silence. “I want it to be as quiet as possible,” she says, “so I can go to bed and get ready for another day.”