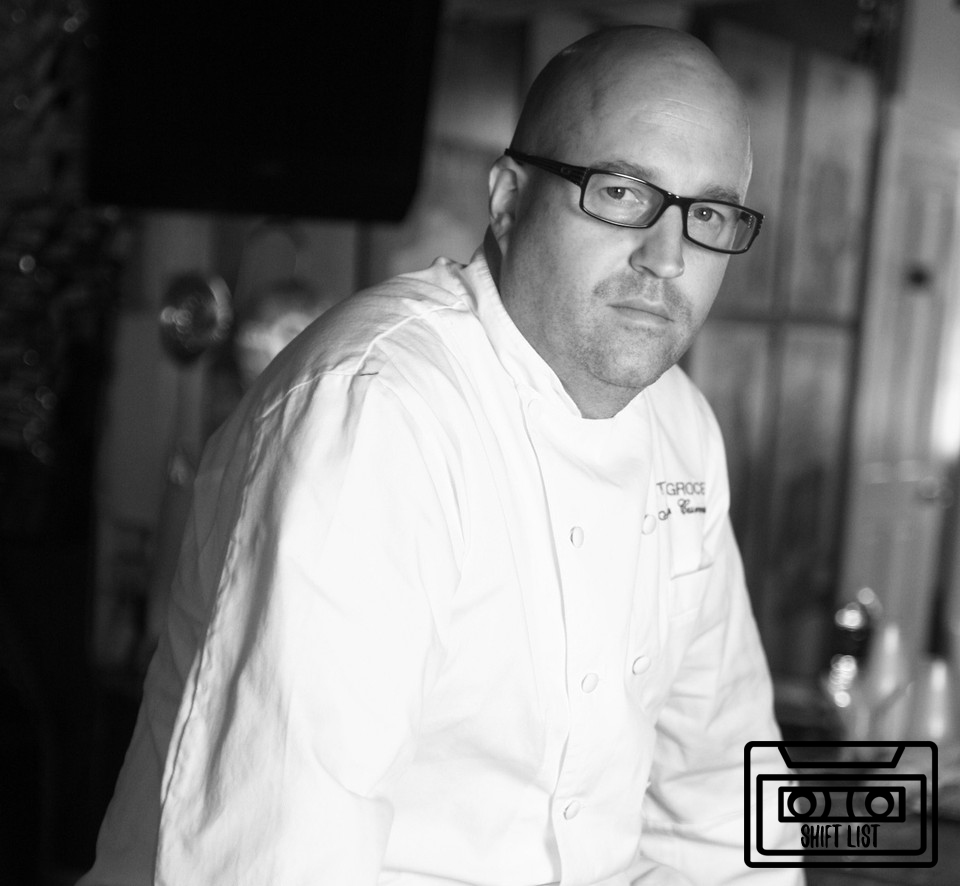 Long before John Currence won a James Beard Award for his forward-thinking Southern cooking at City Grocery in Oxford, Mississippi, and earned the nickname the Big Bad Chef, he was pursuing a far more rock ‘n’ roll career. It all started when he attended a Beatles concert in New Orleans’ City Park in 1964. “Well, I was in utero, but technically I was there,” he clarifies. “I blame that for my lifelong fascination with music.”

As a kid, he devoured an impressively diverse swath of music –- from The White Album and Johnny’s Cash’s At San Quentin to Mozart and John Philip Sousa. When he fell hard for an artist, an album, or a song, he obsessed over it. “My brother and I listened to ‘Benny and the Jets’ over and over on a five-hour trip to the beach with my mom and dad,” he says. “The cassette player was smashed before the trip was over.”

Currence played drums in high school in New Orleans, but when he attended Hampden-Sydney College in central Virginia, he picked up the mic to front a band he and three friends dubbed Chapter Two. “It was the stupidest, most flaccid name,” he says. Their first gig was all covers, including Elvis Costello’s “Welcome to the Working Week,” “I’ll Be There” by the Spinners, the Beatles’ “Paperback Writer,” a punked-up version of Louis Armstrong’s “What a Wonderful World,” and the theme song from The Mary Tyler Moore Show. Friends urged them to write original material, which culminated in an indie record deal in the mid-'80s and endless touring. It turned into “six years of riding around the country in a broken down van and sleeping on pool tables,” says Currence.

The band relocated to Chapel Hill, North Carolina, where they wound up recording with legendary producer Mitch Easter, who had helmed R.E.M.’s earliest recordings. Easter’s relationship with the indie pioneers led to a surreal moment at one of Chapter Two’s own sessions. The band was at his house one day, trying to get a sound effect down on tape in his driveway, when a car pulled up. “We were in the middle of a take and we were like, ‘Who is this asshole?’” says Currence. “And then Mike Mills [of R.E.M.] gets out of the car, so our tune changed a bit.” The bassist stuck around and even helped with the session, creating a rhythm component for a song by hitting a baseball mitt with a ping-pong paddle.

Chapter Two ultimately released two now long-out-of-print albums, though copies sometimes pop up on eBay. During his time with the band, Currence worked a series of kitchen jobs. In the late '80s, his longtime friend, Larkin Selman, offered him a job as a sous chef at Gautreau’s, a restaurant he was opening back in their hometown of New Orleans. “I felt like, if I didn’t take it, I’d never leave Chapel Hill,” says Currence. From there, he helped opened Ralph Brennan’s Bacco before moving to Oxford, Mississippi, to make his own mark with City Grocery and its sister restaurants, including Big Bad Breakfast, Nacho Mama’s, and Bouré.

His musical past still echoes through his work. In his 2013 cookbook, Pickles, Pigs & Whiskey, he paired every recipe with a song. “I was always bothered by cookbooks that paired wine with the food,” he says. “Who is actually going to go out and find these esoteric wines to go along with cooking a dish? It seems stupid to me.”

When picking his Shift List playlist, he thought about the songs that hit him the hardest. “This is the soundtrack to my life, though it’s missing the Pixies and the Sex Pistols,” he says. “The best music is about honest life experience. It’s about heartbreak, vice, angst and agony. I’ve been through it all.”