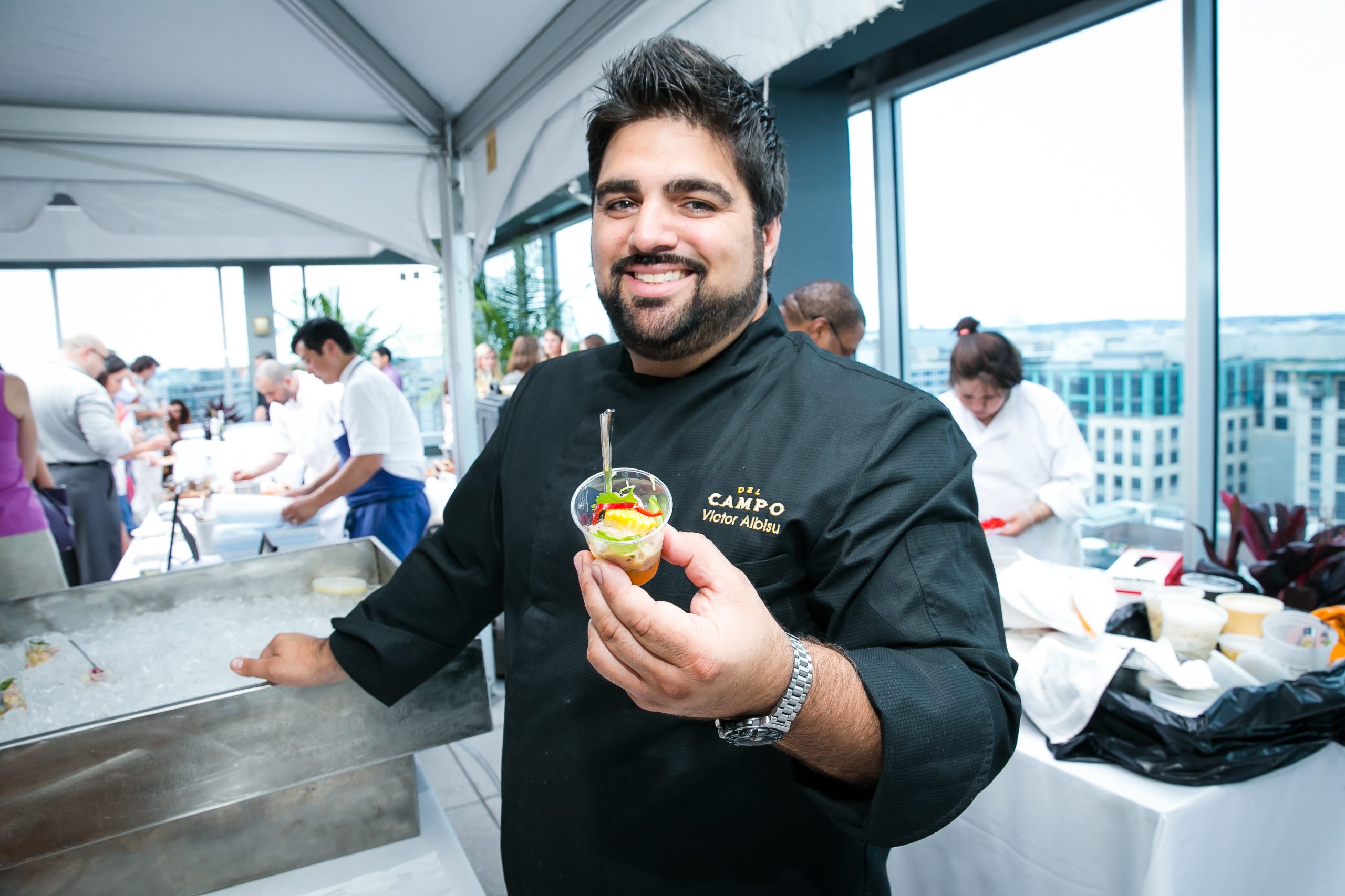 Listen carefully to the soundtrack playing in Del Campo — a South American-inspired steakhouse in Washington, D.C.’s Penn Quarter that Esquire named one of the best new restaurants of 2013 — and you’ll hear a Pearl Jam song every once in a while. That’s because they’ve been chef/owner Victor Albisu’s favorite band since he first heard their debut, Ten, in high school. He related to the Seattle quintet instantly. “Being a teenager is when everything is either the greatest or the worst,” he says. “It’s the time you feel the most. Pearl Jam, as a band, reflected those extremes. I also liked that they didn’t sound like anyone else. There was a little blues underneath their Seattle sound, along with the baritone of Eddie Vedder’s voice.”

It wasn’t until the Vs. tour on April 8, 1994 that Albisu had a chance to see the band live at the Patriot Center at George Mason University in Fairfax, Virginia. It turned out to be a momentous evening beyond what he could have possibly imagined. As he was making his way to the venue, he began hearing a shocking rumor: Nirvana’s Kurt Cobain had been found dead of an apparent suicide. It seemed too impossible to be true, but when the Seattle fivesome took the stage, it was confirmed. “Eddie Vedder was crying through the whole show and was clearly affected by it,” Albisu says. “It was rough, but it firmed up this bond I had with Pearl Jam.”

Since that intense inaugural experience, the award-winning chef, who has cooked for Michelle Obama on multiple occasions, has seen the band 15 times. “You know you’re going to get everything they’ve got for as long as they’ve got when you see them live,” he says. “They give back to their fans.”

To take a break from helming the kitchen at Del Campo or one of his Taco Bamba taquerias in nearby Virginia — where you’ll also hear plenty of Pearl Jam playing — Albisu has gone to shows in D.C., Baltimore, Philadelphia, New York City, Chicago, and Amsterdam — and he has a t-shirt from every one. In the Dutch city, he had the chance to meet bassist Jeff Ament at the Ziggo Dome in 2014. “It was a great experience for me,” he says. “I just talked to him. I didn’t ask him to sign anything; I’m not that guy.”

The best gig he may have seen was this past April at Philadelphia’s Wells Fargo Center, when the band opened by playing Ten in its entirety to mark their 10th consecutive sold out concert at the venue. “It was the unicorn of shows,” says Albisu.

He was thinking about his favorite shows when he created this playlist. “It’s my ideal set list,” says the chef, who hopes to see the band when they play gigs in Chicago and Boston this August. “They do 32-33 song concerts, so this is in the realm of possibility. When I go to a Pearl Jam show, it’s a profound thing for me. This may be overstating it, but it’s like going to church.”

Features9 hours ago
South of London, Broadside Hacks and Others Radically Reinterpret Folk