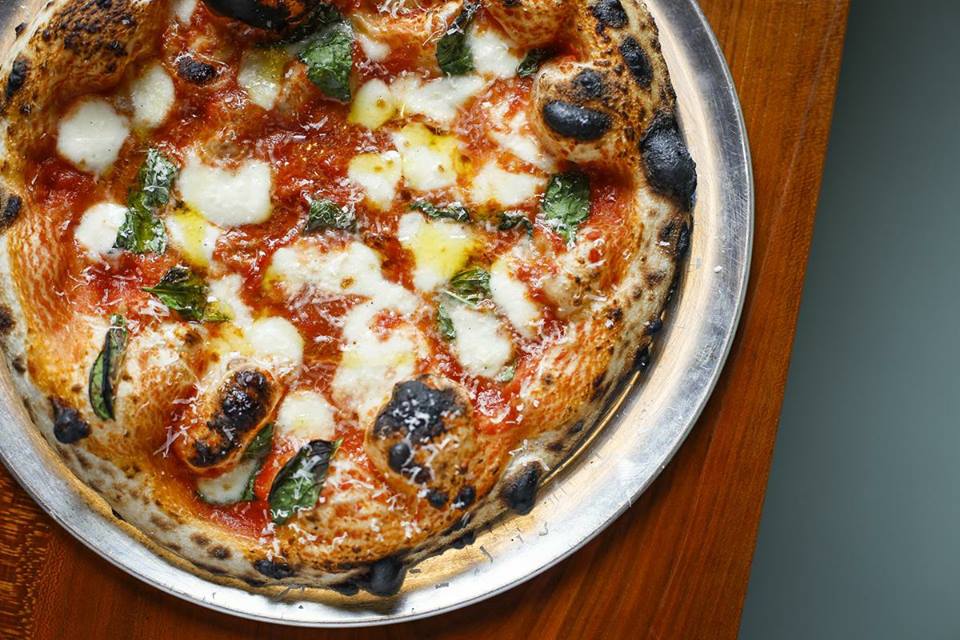 Sharing and expanding upon musical traditions has always been a means for forging cultural connections to our ancestors and to each other. Another vehicle for cultural preservation can be found in cooking. In the same way that a song can evoke a certain memory, a recipe can transport you to a time or place — your grandmother’s kitchen or that destination you crossed off your bucket list one summer.

As members of the band Murder by Death, wife/husband duo Sarah Balliet and Adam Turla have been musical purveyors for nearly 20 years. Now, along with Sarah’s brother, Chef Max Balliet, they are trying their hand at dining with a newly minted restaurant, Lupo. Located in the Butchertown district of their home base of Louisville, Kentucky, Lupo is an Italian eatery that draws as much upon the family’s Italian roots as it does the cuisine found right at their Southern doorstep.

“My mom’s from Italy, so we’ve spent a lot of time in Italy and we wanted to bring that to Louisville,” says Turla. “So that’s been a huge part of it — trying to touch on some of our favorite dishes, often from Rome … and then occasionally [Max will] just throw something in that’s local. We’re in Kentucky; we’ve got to use country ham.”

Balliet has been running an award-winning Mayan food truck in Louisville for the past six years called Holy Molé. But when it came time to get an Italian brick and mortar going with his sister and brother-in-law, he wanted to use the opportunity to focus on another culinary interest: Neapolitan pizza. “Neapolitan pizza is definitely a very scientific craft and there are a lot of ways to do it and a lot of corners you can cut, but we decided that we weren’t going to cut any,” Turla explains. “It’s all about hydration levels of the dough, humidity, gluten structure; it’s about getting the right yeast and getting the oven hot enough.”

In order to achieve that authentic Neapolitan flame, the family imported a wood-fire pizza oven from Italy that arrived by boat and was assembled in-house.

Lupo’s other mouth-watering speciality is handmade pasta. For their current seasonal menu, they’re serving a carbonara. “[It’s] a pretty classic dish, said to have originated during World War II from what farmers could cook for American soldiers who were marching through Italy that would show up and say, ‘Hey, is there any chance we could sleep in your barn and you can cook us a meal?’” says Turla. “They’d take eggs from their chickens, you know, make some pasta, just staple food, and parmesan and some ham, some pancetta. So we do that, but [Max] does his own spin on it by salt-curing the egg yolks, which makes them really silky and awesome.”

To make their vision a reality, the Lupo partners purchased a historic two-story building that dates back to 1860. “It’s an incredibly beautiful, Federalist-style brick building, and I personally spent the last year doing a massive renovation of it where everything we pulled out that was salvageable, we repurposed,” says Turla. “The old joists that were holding up the floors, we reused those and made a bar out of them. And all the shelves and all the old floorboards, we used them as the fronts of bars and in closets to make more shelving out of, so it’s got a really natural feel.”

The aesthetic is derived directly from the wood-fired oven, which is made of brick and wood. Carrying that theme throughout, the restaurant is decorated in subway pictures and Italian movie posters, bringing a modern take on a casual, Italian environment.

“Most Italian restaurants in America tend to be — if they’re Italian-American — they tend to be heavy on the American, and there are dishes that we wanted to bring back that you don’t see that often, especially in the Midwest and South.”

Be sure to pop into Lupo for pasta or pie during this year’s Bourbon & Beyond Festival September 22 and 23 in Louisville, KY and stop by the BGS Stage!