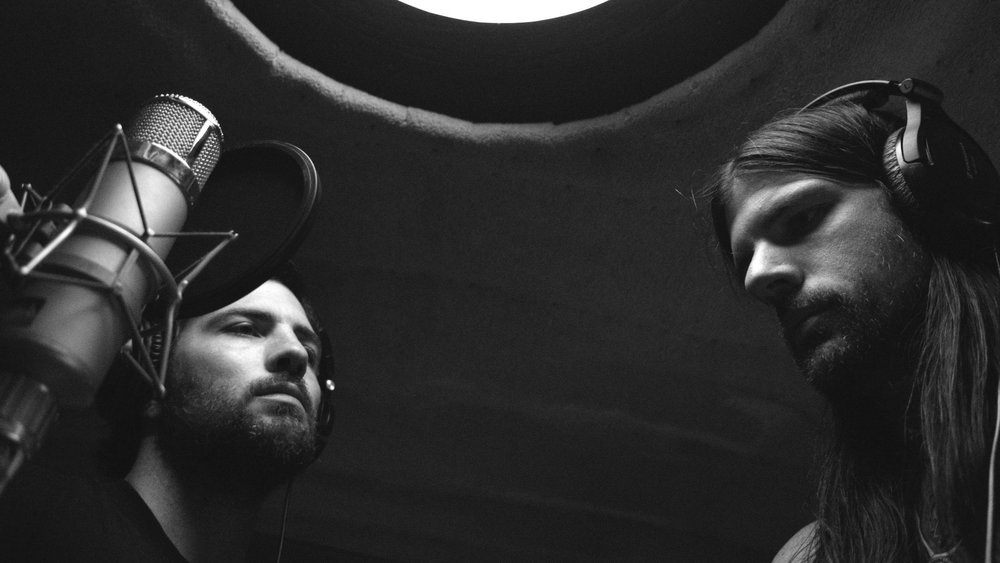 One of the many moments that jumps right off the screen during May It Last: A Portrait of the Avett Brothers comes toward the beginning of the nearly two-hour documentary. During an on-screen interview, founding member and one-half of the band’s namesake, Seth Avett, recalls meeting Doc Watson. Seth explains that, up until that time, he operated under the impression that, as a musician, power came from volume. But Doc, he says, taught him that power comes from character.

That lesson resulted in a paradigm shift for Seth, whose brother, Scott Avett, was about to encounter his own musical turning point in the form of bluegrass. It was an unlikely genre for the brothers to gain their footing. Growing up on a farm in Concord, North Carolina, they spent their adolescence rebelling against any semblance of the rural culture reflected around them. Amidst a landscape of NASCAR races and country music, the duo wore flannels and combat boots, idolized Nirvana, and started a heavy-rock band called Nemo.

“I was gone to art school when Seth was young and still around in Concord and able to visit with Doc, so the personal connection there was different for me. I had not found my voice with an instrument yet. I was used to being in bands where we would sit and we would just play and just jam loud riffs, and I would just write lyrics, so I was always just all about the show, the lyrics, the poetry of it, the art of it,” Scott says. “But when I picked up the banjo out of an attempt at irony — because I didn’t know people who played the banjo — when I picked it up, I instantly connected with it: the harshness of it, also the sweetness of it … the dichotomy of that.”

Scott had dreams of fame, even when he was a little kid. In May It Last, he talks about how he used to imagine that a camera crew from Hollywood would happen to discover him while walking through the woods where he was playing.

“That’s in the value of growing up in a small place, where the views of, let’s just say New York City or Los Angeles, through this window of TV in the ’80s, you saw neighborhoods and landscapes and places that you thought, ‘Well where is that happening?’ ‘What is that?’ and, ‘How does that happen?’ You romanticize about it,” Scott says. “Just being from a small place, the value of that is so huge to develop the reach that we all aspire to, and I try to maintain that to keep the romantic view of the Big Apple. I’m not looking to crack that and ruin that.”

He says his parents encouraged his dreams, instilling a belief and drive in him and his brother from an early age. “There’s a form of being privileged that we experienced that has nothing to do with money or economic status. Our parents, they raised us in such a privileged way, and we were privileged in the sense that they surrounded us with encouragement and love and motivation for imagination,” he notes. “Our upbringing is just a massive part of the whole story.”

After picking up the banjo, Scott began incorporating tunes by Ramblin’ Jack Elliott and Old and In the Way into the band’s live set, while never losing sight of the Avett Brothers’ signature energy and vocal delivery. The result was a fusion of punk’s grit and folk’s heart, which yielded an undeniable sound that was distinctly Avett.

They met Bob Crawford through a friend and invited him to join the band on the stand-up bass. Cellist Joe Kwon officially came on board a few years later with the recommendation of Crawford, solidifying the Avett Brothers’ core lineup. From the family farm in North Carolina to the stage of Madison Square Garden, May It Last chronicles Scott and Seth’s journey by combining home movies, curated performances found on YouTube, on-screen interviews, and footage filmed over a period of more than two years in which the band recorded 2016’s True Sadness, their ninth studio album and fourth consecutive full-length with producer Rick Rubin.

But May It Last goes beyond the confines of a traditional music documentary thanks to co-directors Michael Bonfiglio and Judd Apatow (who used the Avett Brothers’ “Live and Die” in the credits of his comedy This Is 40).

May It Last is as much a documentation of the creative process as it is a study of the human condition. What Scott and Seth lack in commonalities, they make up for in brotherly love. “We were terrified a lot of the time because there’s no conflict. What makes things interesting and compelling is seeing strong personalities not getting along and being able to make something — and this is totally the opposite,” Bonfiglio says.

“There were so many times when we would be like, ‘Is anybody going to watch this?’ And obviously, as we continued to work, what we found is what was so exciting and fresh and different and beautiful about it was how well they do get along and how they respect each other and take care of one another as human beings, as well as artists, and that’s what our movie was about — in addition to the fact that we spent so much time with these guys that, throughout that time, life was happening. They were changing as people. Things were happening in their lives, and we were able to kind of document that and watch that unfold. It’s a movie about people and relationships.”

The pains and triumphs that arose for the Avett Brothers throughout the filming of May It Last weren’t byproducts of being Grammy-nominated musicians on the road. Instead, they were universal: heartache, loss, joy, success. The film’s most tender moments surround Seth’s divorce, the birth of Scott and Seth’s children, and the wake of Crawford’s daughter undergoing surgery to remove a brain tumor.

A through-line throughout the documentary revolves around the family you’re born into and the family you make. There’s a distinct, palpable bond between Scott and Seth, but the genuine, strong ties between all of the band members can’t be ignored. Scott says the band’s closeness didn’t happen by design. 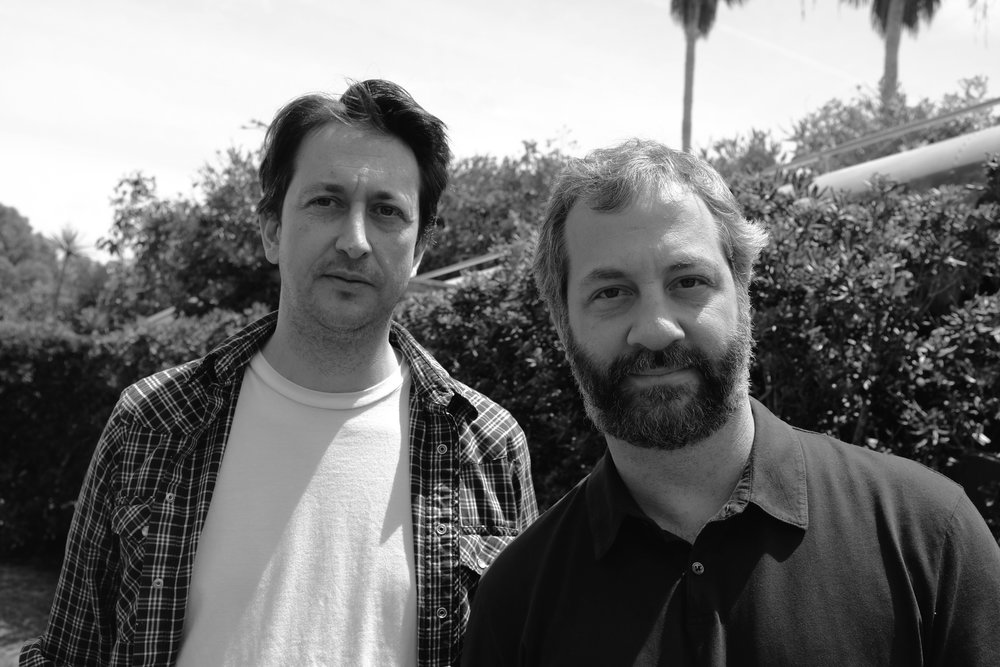 “This can never be constructed intentionally, ever; it never could have been. We can’t take any credit for that. The only thing that we can identify as reason for this happening is that we try to be truthful and sincere about how we include people,” he explains. “Everyone that’s in our band, we worked together before we ever got on stage together, so it was never a hired first situation. It was really a friend first thing … For this band, we’re just lucky that we let it grow and, at this point, now that Paul [Defiglia] has left, let it contract naturally and not just fill spaces with someone else. We are what we are, and we grow and contract as we should and try to follow nature. The family love is there because it’s grown naturally and at a realistic pace.”

In May It Last, the band extends that same care to viewers, inviting them into their world as one of their own by offering an intimate look at some of their most vulnerable moments. One such moment occurs in the latter half of the film. After recording the gut-wrenching “No Hard Feelings” in the studio, Scott and Seth take a breather outside after Rubin and company congratulate them on the song. From behind the camera, Bonfiglio asks the duo to discuss what’s running through their minds. In an emotional and creative haze, they lay out the difficulty they have receiving praise for songs that stem from the most dark, tragic experiences of their own lives.

“That moment, after we shot it and by the time we got to the edit room, it was pretty clear that that would be the emotional climax of the movie. It was the most visceral, raw scene that we had captured and it spoke so directly to who these guys are as artists and what they do and their relationship with that and how they reconcile their lives,” Bonfiglio says. “That song is an incredibly personal song that you see what went into it in the performance of it and their reaction after and you hear it in the lyrics. It was probably one of the first scenes we worked on and one of the last scenes we worked on, in terms of just trying to get every single moment of it right. There’s not a whole lot of cuts in it, but we just really worked on it a lot, in terms of what came right before it and what comes after it.”

Completely funded by Apatow without a studio backing, May It Last premiered at this year’s SXSW and made its public debut during a one-night only screening last month. Encore showings have been scheduled through November, and HBO has picked up the U.S. television rights with an air date of early 2018. With the Avett Brothers’ down-to-earth nature and endearing honesty, viewers will carry the meaning behind May It Last with them long after the credits fade to black.

“You’ve got to throw yourself out there. That’s really what being an artist is about — exploiting your weaknesses,” Scott says. “I really believe that in myself, that I have to expose and exploit those weaknesses to relate to other people.”