Sing to Me: Luther Dickinson & Sisters of the Strawberry Moon 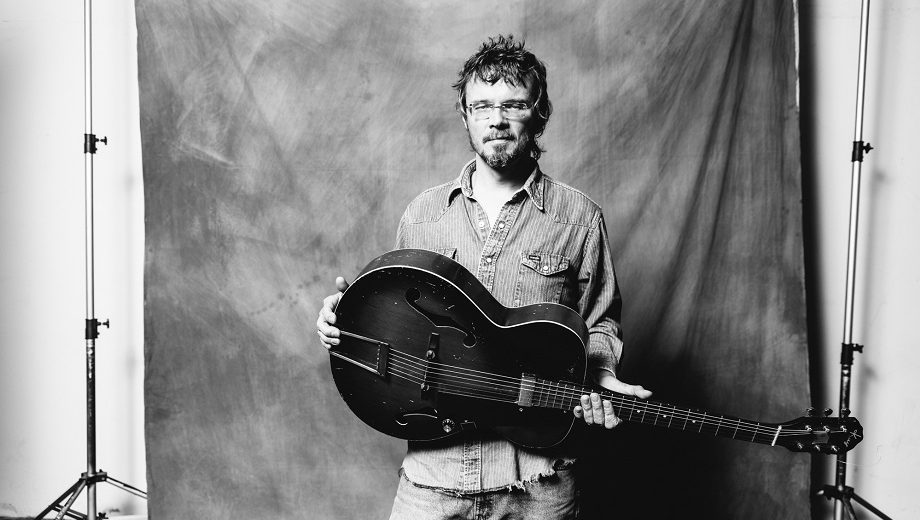 Luther Dickinson trusted his intuition when he set aside two or three days to make an album with like-minded friends who had never met each other. By pulling together these kindred spirits — now known as Sisters of the Strawberry Moon — Dickinson crafted a beautiful roots collection, simply titled Solstice.

“It was amazing that we all converged. We picked two or three days, met in Mississippi, and recorded the record,” he says. “Everybody brought two or three songs and we just took turns backing each other up.”

The luminous cast include Birds of Chicago, gospel group The Coco Mamas, Amy Helm, Amy LaVere, and Shardé Thomas, with finishing flourishes from fiddler Lillie Mae and B3 organ master Charles Hodges. Intimate as well as immediate, Solstice serves as a testament to the power of fast friendship.

The Bluegrass Situation caught up with Dickinson, Amy Helm, and Birds of Chicago’s JT Nero before a show at Nashville’s City Winery.

BGS: You only had two days together, people were bringing their own songs, and not everybody knew each other. You must have been operating on instinct. Is that fair to say?

It really is a very exhilarating feeling, producing records. And sometimes it can go completely wrong if you say the wrong thing. But I really do love it. Yeah, you’re running on instinct and you’re running on blood and guts. But it’s like doing anything when you’re in the zone, whether you’re an athlete or a pilot. You’re just trained to be in that moment. Time slows down and everything comes together.

Amy, why did this concept appeal to you, to go to Memphis and make this record?

Helm: I mean, any invitation to go hang out with Luther and a bunch of cool people in Memphis is an instant yes. I had not met any of the other people on the project but I was excited about it and I trust him and trust his compass of coolness. It was a delight to be down there and hang out in Memphis. I rented a Jeep and drove around down South, which is always one of my favorite things to do — to just roll around down there. My aunt Mary lives in Memphis so I got to see her. It was a really, really nice time, and it’s led to some incredible friendships that have turned into other projects. Ally [Allison Russell from Birds of Chicago] and JT came and sang on my record that I made with Joe Henry. Now we’re doing this tour with this record. Those guys made a record together afterwards, so it’s been a nice chain reaction – the right kind of chain reaction.

For this record, everybody brought in their own songs, but the record feels unified as a whole. Do you sense a common thread that runs through the album?

Helm: I would say that, the spirit of friendship is where everybody was coming from with it. So there’s a relaxation that happens with that for me, and I’m sure for these guys. When it’s your own thing and the clock is running and there’s money going down the drain fairly quickly, you’re trying to make it work and hope you got the best performance, it’s really easy to get inside that head for me. So if you’re in a cool room in the middle of Memphis, and you’re eating great food and having great conversations on your way to the studio, and then you get to hear a singer like Allison Russell, that’s it, you’re there.

Nero: The thing that will always be particularly special about this record to me is that you can hear lifelong friendships being made on record. We hadn’t met each other, really, but we’re a family now, and part of that is Luther’s instincts. That’s the thing with music – there are a million things out there that are brilliant but they wouldn’t easily be simpatico with what we’re doing. So finding your tribe members is what it’s all about. I think Luther had an inkling that it would be that way, but you never know – and it was that way. And you can hear that happening on record. It’s rare you get to bottle that lightning.

Dickinson: Man, the music is just an artefact of our friendship. I hope that’s maybe what they’ll feel. A warmth, and we all have longing in our music, and we’re singing about our musical families and our loved ones who aren’t with us. So, hopefully we will generate a place of love. It has a grandmother’s Sunday dinner type of vibe to it.

I like “Sing to Me” — there’s power in that song. What mood were you hoping to set with this recording of it?

Helm: I recorded that song on my first record, with my dad playing drums on it, but I recorded it then with no harmonies. I knew that there were going to be a lot of other voices there this time, and I’ve always wanted to hear that song with an angel choir on it. So I brought it in for that, hoping to gain that, and it became a very cool, vibey thing. I love the way it turned out.

What goes through your mind when you hear that song now, in its new incarnation?

Helm: Just really the mastery of a master player, and how it can change a song and make you sound better! [Laughs] That’s one of the things! Because the playing on it is so exquisite, with the organ that Charles Hodges put on and the guitar that Luther put on. And just also getting to sing it with Ally and finding the magic of that vocal collaboration, and the overtone that she and I get.

Dickinson: Do you remember that take when they walked in? Like, that was the moment that you guys met, right?

Helm: Yeah, that was it.

You met basically in front of a vocal mic?

Helm: We did! They came in and sat down. Ally sat there cross-legged and started listening and closing her eyes. I don’t know, I was a little intimidated …

Dickinson: But that second take — that was the one.

How often did that happen, with the second take being the one?

Dickinson: Oh man, some of this record, especially on Ally’s songs, are the run-throughs! We had to go back and save the run-through because she pours blood and guts into the microphone. Just this heartbreak, I get goosebumps thinking about it! I usually edit two takes together – like the second half of the first take, and the first half of the second take.

But a lot of her stuff was the run-through and we’d patch it up from there. That’s the great thing about modern technology – you can capture moments. Amy LaVere, on the bass, she’d done her homework. She knew every song and had them charted out, and the fact that she was nailing the run-throughs even, really made it work. She really did a good job.

There was a lot of re-interpreting going on, with some of the songs being recorded a long time ago, but Shardé has a real unique beat. She’s a character, man, and growing up with her grandfather [Otha Turner]’s fife and drum music, but also growing up with Beyoncé, who is her idol, she is a very unique musician with great instincts. What I like about her is that you can bring a country song to her, and she won’t play anything near a country beat. And I love that!

Amy, what does that feel like when you’re singing so closely with these people you just met?

Helm: You know what, that is my favorite of all time! That’s the thing that makes all of us gamble everything else in our lives, for better or for worse. [Laughs] For financial distress or not, to keep on doing it because there’s nothing more satisfying than finding that. It revitalizes my faith, honestly. It’s like a spiritual ease that I feel when I get to do that stuff.

It reminds me that all things are possible, and all things are new upon each song and each recording. And it’s limitless, the people you can connect with and interact with in music. There’s such joy in that way. I think for people who make it and for people who listen to it, you’re having that same experience. Following that and finding that – as you can see, I could go on and on about this. It’s magic for me.