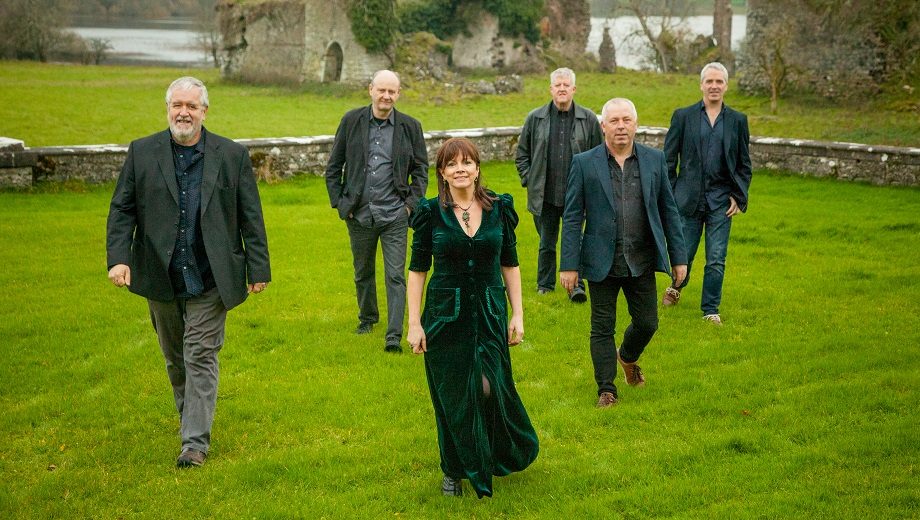 What would the world be without Irish tunes? A lot quieter, that’s for sure. Ireland’s musical tradition has enlightened, infiltrated, and inspired all corners of the planet – and American roots music owes it a huge debt.

Irish folk group Dervish have just released their first studio album in a decade, a loving tribute to the songs from their home country that have travelled the world. The Great Irish Songbook is studded with guest stars – from David Gray to Steve Earle, Kate Rusby to Andrea Corr, not to mention an appearance from Hollywood actor Brendan Gleeson.

But what are the band’s favourite Irish songs? We asked singer Cathy Jordan to choose six of the best.

“Whiskey in the Jar”

“This is an incredible example of a song that has journeyed around the world and been adapted to the particular environment it found itself in. It was originally written about a Co. Kerry-based military official who was betrayed by his wife, but adaptations also turn up in the American South, the Ozarks, and the Appalachians. On our album we did a version with The Steeldrivers, but we’re also big fans of this one by iconic Irish rock band Thin Lizzy.”

“This is such a beautiful song of unrequited love: a young man regretting love lost because of immaturity. The song forms the basis of a poem written by the famous W.B. Yeats (he was trying to recall a ballad he’d once heard a peasant woman sing to herself in Sligo). The poem is commonly known as ‘Down by the Sally Gardens’ and was itself later put to music — I sing a version with Kate Rusby on The Great Irish Songbook.”

“Nothing But The Same Old Story”

“Written by Paul Brady, this song captures what life was like for Irish immigrants heading to England to find work during The Troubles in Northern Ireland. Their lives involved a mixture of exhausting work, discrimination, and distrust, while longing for a normal life and to go home. The song first appears on Paul’s album Hard Station in 1981.”

“The May Morning Dew”

“The heartbreaking story of a woman who recalls her old friends, family and loved ones as she walks by their deserted dwellings in post-famine times. It’s sung here by one of my favourite Irish singers, Dolores Keane.”

“To me, Shane McGowan of The Pogues wrote one of the most amazing love songs of all time with this one. [It’s a] love that survives through years of friendship as well as hardship. Oh, to have the last line written about you: ‘You’re the measure of my dreams, the measure of my dreams.’ This version is sung by another great Irish singer and songwriter, Damien Dempsey.

It’s fitting that Kate Bush, one of the most poetic of all pop artists, recorded this song. It was written by 18th century Ulster poet Peadar Ó Doirnín; the music was added by composer Seán Ó Riada in the mid-20th century. Ó Riada was really important in the revival of traditional Irish folk and the words to this song are as powerfully Irish as you can get.