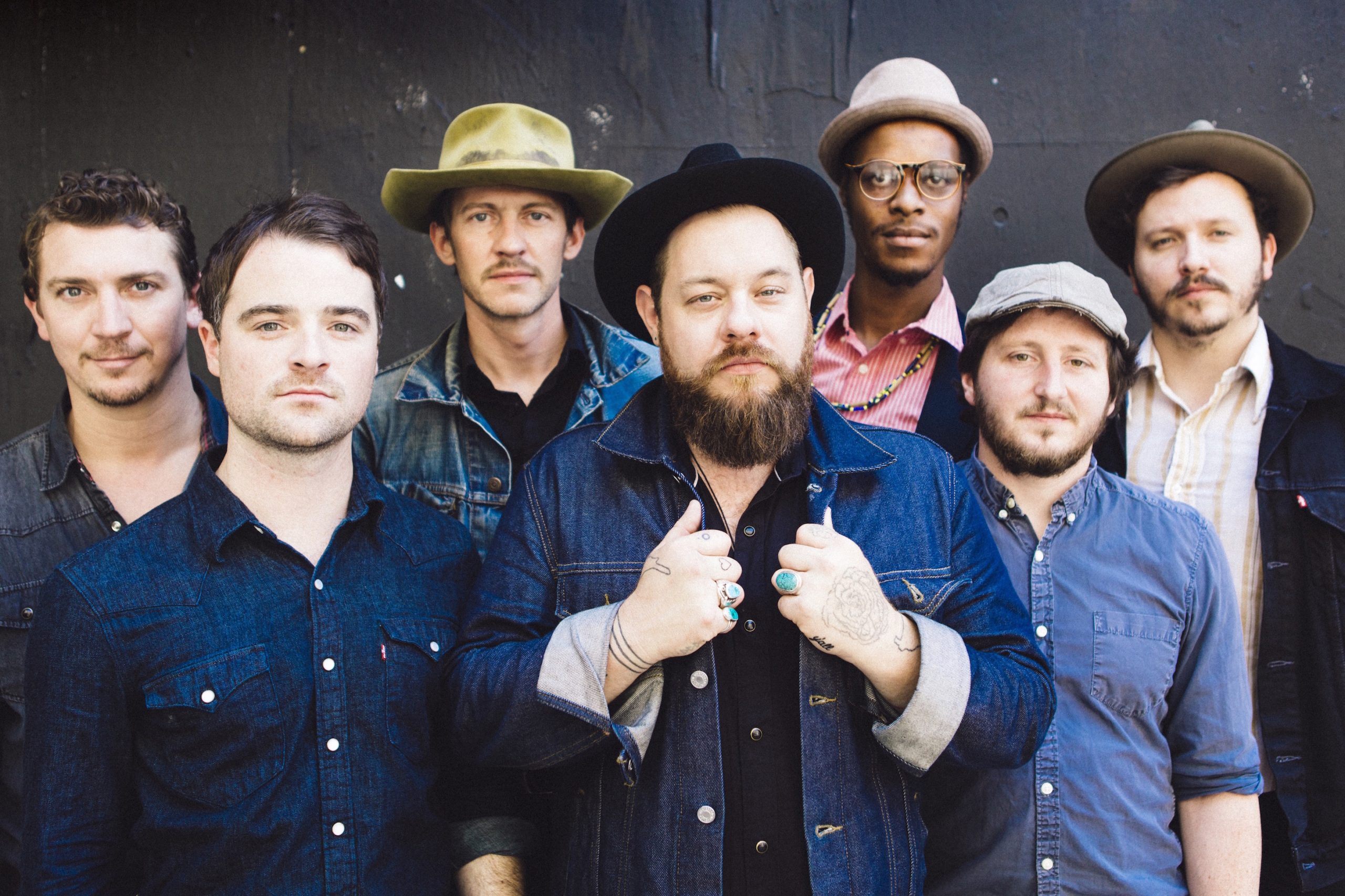 Folks who are familiar with only Nathaniel Rateliff's earlier albums might need to forget everything they know in order to embrace his new release, Nathaniel Rateliff & the Night Sweats. Gone are the somber, acoustic ruminations about love and loss. And, in their stead come rollicking soul romps intent on getting the party started. It's a musical direction the Missouri native has long-wanted to pursue and finally has, with an endorsement from none other than Stax Records.

You grew up in Missouri, but you've lived in Denver for a pretty good while now. Has the Midwest ever left you or are you still pretty rooted there?

I feel like the landscape of Missouri is really at the heart of me, for sure. But, as much as I love it, I feel like it's a little stuck. I like being where I'm at now. I love the Midwest and I love my family that's there, too.

Missouri's had a tough year.

Yeah, it's sad to see the stuff that's happening there right now. But, hopefully, it'll help bring about change throughout the rest of the States.

You moved to Denver to do some missionary work. I've seen you live, man. You do not look or sound like a missionary. Was that a teenage flight of fancy or something else? A way to get out?

[Laughs] I made a joke with … one of my best friends joined the Navy to get out of Missouri. And I was like, “Man, it sure sucks that you had to join the Navy to leave Missouri.” And he said, “Yeah, it sucks you had to join the occult to leave Missouri.” [Laughs] I was a kid when I left home. As much as you think you know when you're 18, you don't really know anything. If you're raised in a Christian family, you hold all of that as truth. But, as you get older, you discover things like Alan Watts and Joseph Campbell. You stop worrying about God and the existence of God and what you're supposed to do with your life and what God supposedly wants you to do. And you just do things for yourself because it feels right.

I mean, I'm a spiritual person, but the whole premise of missionaries is bewildering to me. Seems like that sort of hard-sell misses the whole point.

Correct. I was having a hard time with religion and all that stuff while we were still training and preparing to go out and minister to the world. It's come up so much that I end up having to talk about it, but it's hard to explain yourself. I was having a hard time before we left Denver to go minister to people. Then, when we started to minister to people, I was like, “This isn't right.” The people I was with, I thought were really inconsiderate of and rude to other people's cultures. We didn't even leave the U.S. We ended up working with the Hopi Indians. I've always had a huge interest in Native American culture and spiritual beliefs.

But when we were there, I was just so offended by the way everybody treated these Native Americans and were trying to save them. I was like, “But, if God was real … [wouldn't] he or she have come down and shown themselves? Are these people's stories any different than ours?” Then when you start to research Mediterranean history and what was going on there at that time of Christ, it makes a lot more sense that the supposed messiah was just another guy who was trying to get the Jews out of Roman rule and law. Just another zealot who had no reason to be doing what he was doing. And “POP!” But it takes a long time when you're … a lot of the world reads the Bible, but sometimes that's the only thing they read. That's my wife's biggest complaint.

How do questions of faith and the big picture work their way into your songwriting?

​I think, if they do, it's more set up as prose — one liners versus really large statements. I haven't gone through my John Lennon phase yet, so we'll see.

It's something I've been wanting to do for a really long time. And I feel like, throughout my career, I keep doing these things in increments of seven or eight years. I work on something and try to establish it. Born in the Flood was a little longer than eight years before I started the Wheel which became just Nathaniel Rateliff. Then I did that for seven or eight years. I've always loved soul and R&B music, even blues and gospel and old field recordings and Alan Lomax. I've always thought that stuff was awesome. I grew up singing to — and learning how to sing — to that stuff. I always wanted to write soul songs, but I didn't think, as far as what I wanted to write, I didn't feel like I could connect with it, lyrically. I didn't want the songs to be like “Golly Gee” or things that were appropriate in the '50s and '60s. I wanted to sing about the stuff I've always been singing about. You know, tragedy and love. [Laughs]

After I finished Falling Faster Than You Can Run, I got dropped from Rounder so I made the record by myself and it really didn't have a home. We were trying to shop it around and I was really proud of the material. It was going to be the follow-up to In Memory of Loss. I had the material long before it came out, but it took a couple of years to get into the studio and get it all laid down. The recording process was quick; it was just getting it all set up and having the time to not be out on the road still working. After that was all done, I was pretty discouraged and was like, “Well, I guess I'll be a gardener or get a job as a carpenter.”

[Laughs] Right. Right. Exactly! I didn't really know what was going to happen and I had a friend who was like, “Hey, man, you should come to the studio and we should record some songs to tape and put it out on a 45 — like two songs.” I was like, “Okay. I've always wanted to do some soul and R&B.” I went home and it was either that day or the next that I wrote “Trying So Hard Not to Know” and recorded it at home, played all the parts. After I'd written and recorded that song, later that night, I was in bed and I had this idea at the end of “Trying So Hard Not to Know” to have horns come in and have a reprise that would go right into another song, which ended up being “Look It Here.” All of a sudden, I had two songs and I was like, “This is pretty cool sounding.”

“I can keep going with this!”

Yeah, exactly. In a short amount of time, I had the whole set of songs. And another friend was like, “Hey, man, I have an album release show coming up. Do you want to play?” And I was like, “Well, I can't really play as Nathaniel Rateliff because we have some festivals and stuff coming up in town and I don't want to piss people off for breaking contracts.” So then I had a couple months' deadline to piece together a band and have a 30-minute set. I managed to do it somehow.

Our first show was kind of a surprise to all of us. It was a lot of fun and different from anything that I'd done in the past. That was kind of it.

You said, and I agree, that a lot of that classic soul/R&B stuff in the '60s was just “Hey, baby baby.” But there was also the other side of it, like “Change Is Gonna Come.” You're not doing that side of it, either. You're splitting the difference a little bit, yeah?

Right. A lot of that Stax stuff, like “Soul Man,” they were still speaking in a subtle way about stuff they wanted to have change.

One article I read on you said that you were “Bon Iver’s competition for the title of saddest lumbersexual alive.” Is it your fault that Justin [Vernon] is retiring that project? Can we put that on you?

Can I say off the record, isn't it probably [redacted]'s fault that everybody stopped playing acoustic guitar? [Laughs]