Spreading the Message: A Conversation With Paul Cauthen 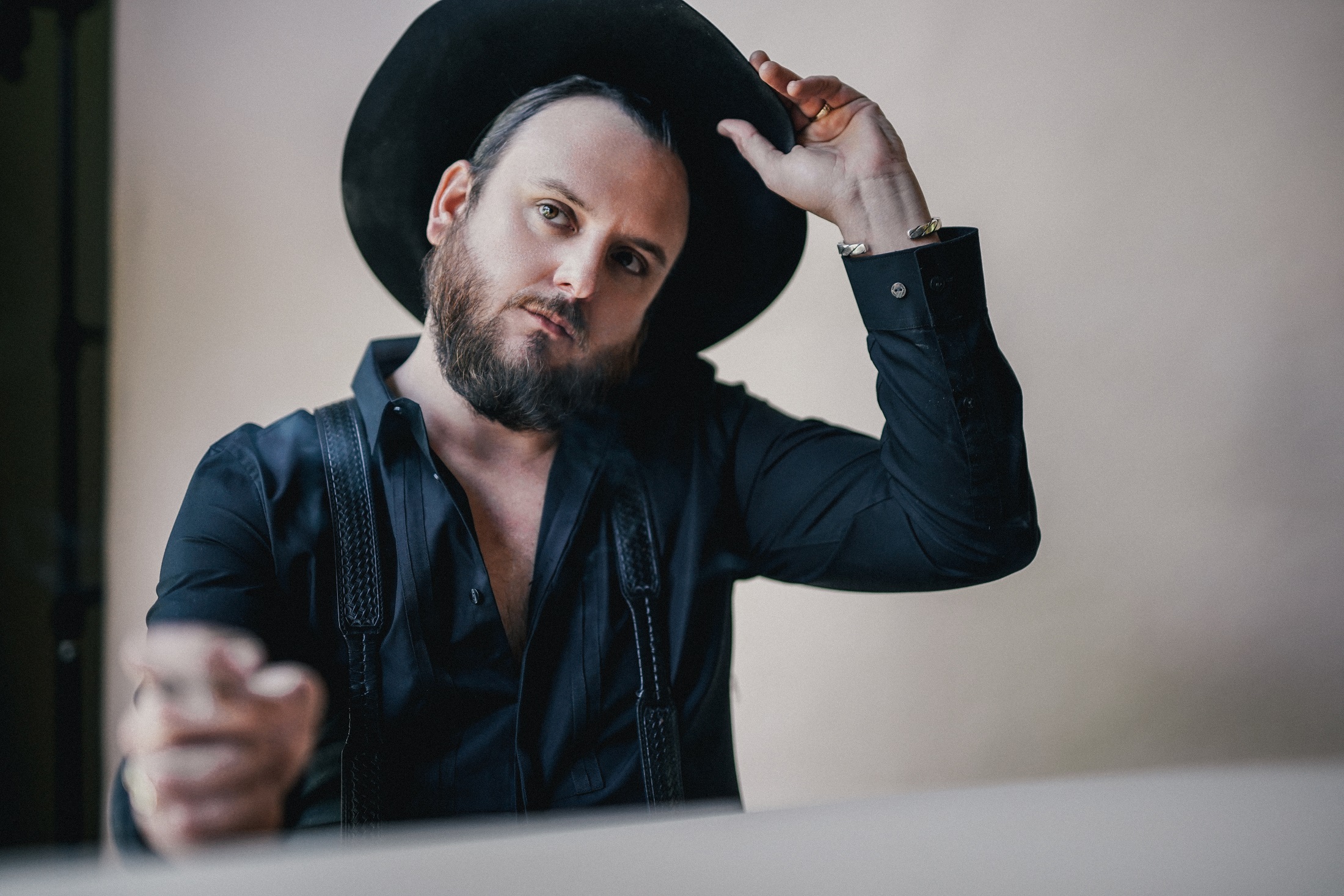 You want to believe Paul Cauthen when he tells you, “I’m an everyday guy, walking the earth like anyone else.” But with a booming voice both on stage and over the phone, it’s easy to understand why he’s become a towering figure in Texas music and beyond.

Cauthen released a striking new EP titled Have Mercy in June – and while its songs aren’t necessarily religious, they absolutely make a statement about his views of the world. Incidentally, Cauthen’s next stop is Nashville, as he brings the all-star Big Velvet Revue to Americanafest for the first time on Wednesday (Sept. 12) at The Basement East.

I like the rhythm and the arrangement of “Everybody’s Walkin’ This Land.” Do you feel like that sets the tone for this EP?

Yeah, man. That song is a staple of the EP. Beau Bedford and I wrote it at his place there in Dallas. We knew this song was going to do something, and be something. It’s got the message, you know?

What I find interesting about that message is that you’re saying you’re going to be praying for fascists and racists. That’s a pretty bold statement to kick off a record. Did you get any pushback from that? Or has anybody questioned you on that?

Oh yeah, you know… usually it’s the nihilists and racists that are the ones bitching. I think either way there are all types of people in this world and you can’t please them all, ever. If you try to live in this world and please all people, you’re going to let yourself down and be really depressed. I just try to spread my message and don’t try to preach too much. It’s an open mindset EP. It’s not “Do this” or “Do that.” It’s “This is what I’m doing. This is what I believe.” Honestly, in this world, that’s what everybody needs to get a hold of – what you truly believe in.

I would imagine that your audience is pretty diverse, though.

Yeah, man, it really is. We’ve got all ages that love our music, all ethnicities. It’s been all over the map. When we played Pickathon, we had guys who were from Russia, I think, and they really dug our band. They went on and on about our band because they’d never heard real Texas music. That’s what this is – it’s Texas music. That’s what I tell people. I’ve gathered my own little recipe of Texas music over the years.

Your song “Tumbleweed” definitely sounds like Texas. Were you chasing that certain sound?

Oh yeah, man, that song is definitely Texas. It’s about a girl who just leaves, a girl that’s a nomad. The tumbleweed is a reference to a woman who can’t be stopped. She’s a drifter, a gypsy, you know? She’s gypsying around Terlingua, Marfa, and Big Bend, all around those areas. I’ve spent a lot of time out there.

How do you take care of your voice? On that song in particular, you’re belting it, but you tour a lot, too. How do you make sure you don’t blow your voice out?

I’m thinking about it every day. I check it every morning. I drink a bunch of tea. I smoke less and drink less brown liquor. I go warm-up. You’ve got to really breathe, and when you feel your voice really hurting, you’ve got to pay attention to it. You don’t over-exert your voice — those nights that your voice feels a little raw, don’t go up there with beer or liquor or any alcohol before the show. It dries out your throat. And you know, just being mindful of it.

I’ve dealt with my voice for my whole life. I’ve been going hoarse since I was 9 years old, since I’ve been loud speaking and singing for my whole life. You know, it happens, but I’m never going to have surgery for my voice. You know, I’ve got a nodule on my [vocal cord] on the right side, but so did all the people who have a distinctive rasp to their voice. It gives texture, like an aged wine.

I’ve read that your grandfather inspired your song, “Little Son.”

Yeah, he’s the guy. Jim Paul is his name. He had two daughters – my mom and my aunt. So they named me after my granddad’s last name.

How did that song come to you?

It’s just about when you’re someone that somebody looks up to. And you actually have some great advice to give somebody that they can learn. It seems like he knew he was going to go at a young age. … He was really blunt with me, almost to a fault, like telling me there was no Santa Claus. He’d say, “Me, your grandmother, your mom and your dad worked hard all year to put presents under the tree.” He was just that guy. He’d say, “Listen here! Listen here!”

When you sing “Resignation,” you have so many rhymes and the pattern and rhythm is so fast. When did you learn how to rhyme and the power of words?

Oh, I’ve loved Grimm’s Fairy Tales all the way up to Dr. Seuss. When I was a kid, I’d be rhyming stuff with my granddad, making up funny little rhymes. My granddad would rewrite verses for hymns when I was little. He’d sit at the end of the table, get a legal pad and a pen out, and write notes for the sermon. I’d help him with lines and help him with rhymes, too. It was kind of instilled.

I wanted to ask about the background vocals on the EP. I love to hear the women’s voices coming through. Do you travel with background singers?

Yeah, we definitely travel with the singers, but it just depends. Sometimes if we hit the road for a long one, we’ll just keep it thin. But yeah, Taylor Lumby and Becky Middleton did some BGV’s on “My Cadillac” and “Have Mercy.” They’re great!

On “Have Mercy,” I noticed how the dynamics really come into play on that song.

That song, I really wanted it to be like J.J. Cale or Tony Joe White. That dynamic is really chill. That’s what we were going for on that. And we did a pretty damn good job, especially now live. We’re really getting into this vibe with it. It’s super fun to play and it’s grooving as shit. So, we’re excited because we’re having fun out here playing these songs. That’s why we keep working. If it’s not fun, who the hell wants to do it?